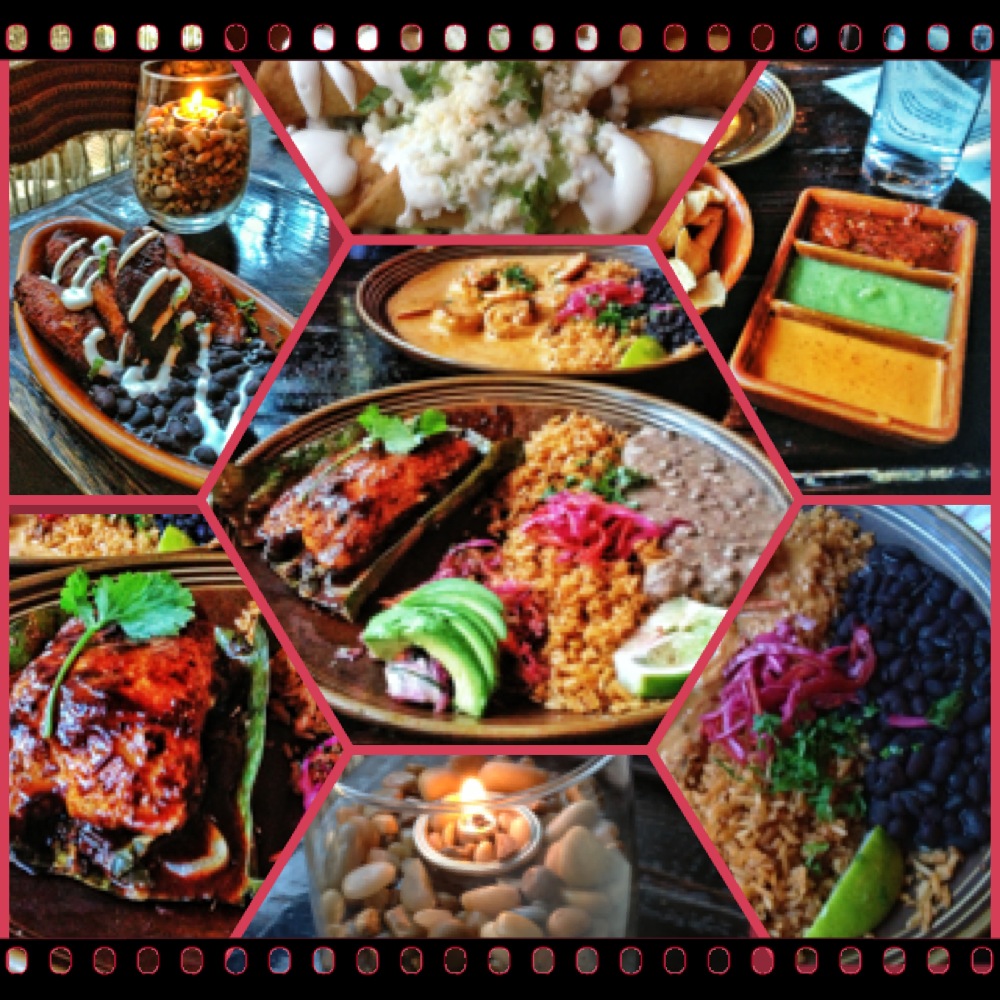 I know this post is a little belated, but trust me – it’s worth it. For Father’s Day, me and my dad went to see Iron Man 3. Before the movie, we stopped into Tropisueño,  which was downtown across the street from the theater. Luckily, we came in on a Tuesday night just before the long late dinner lines. 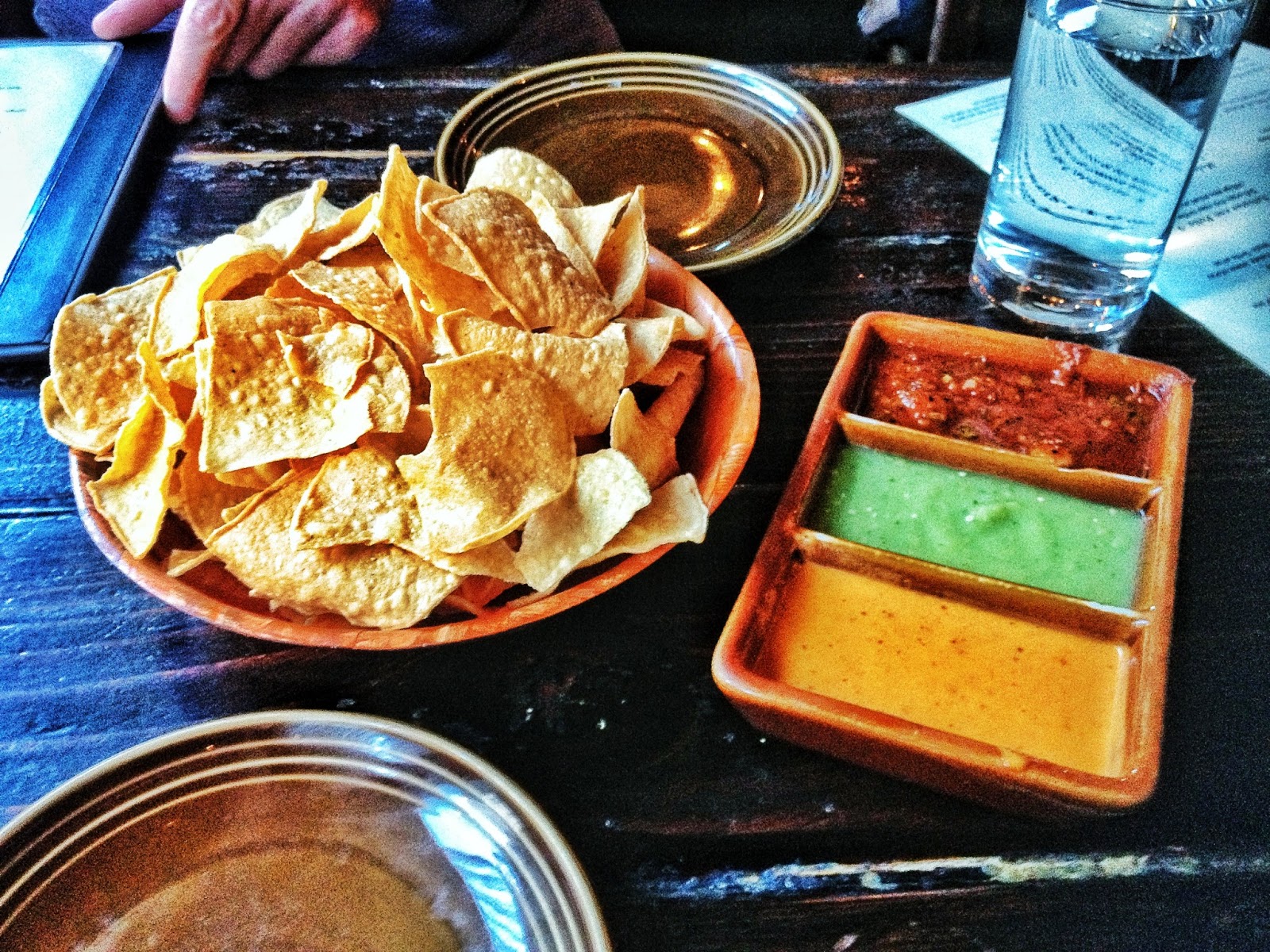 We began with the classic Chips & Dip. The red salsa was medium heat, the salsa verde in the middle was mild, and the yellow sauce? Well, let’s just say dip with caution on that one. Being a spice baby, I was gobbling up the salsa verde, which was super tasty. 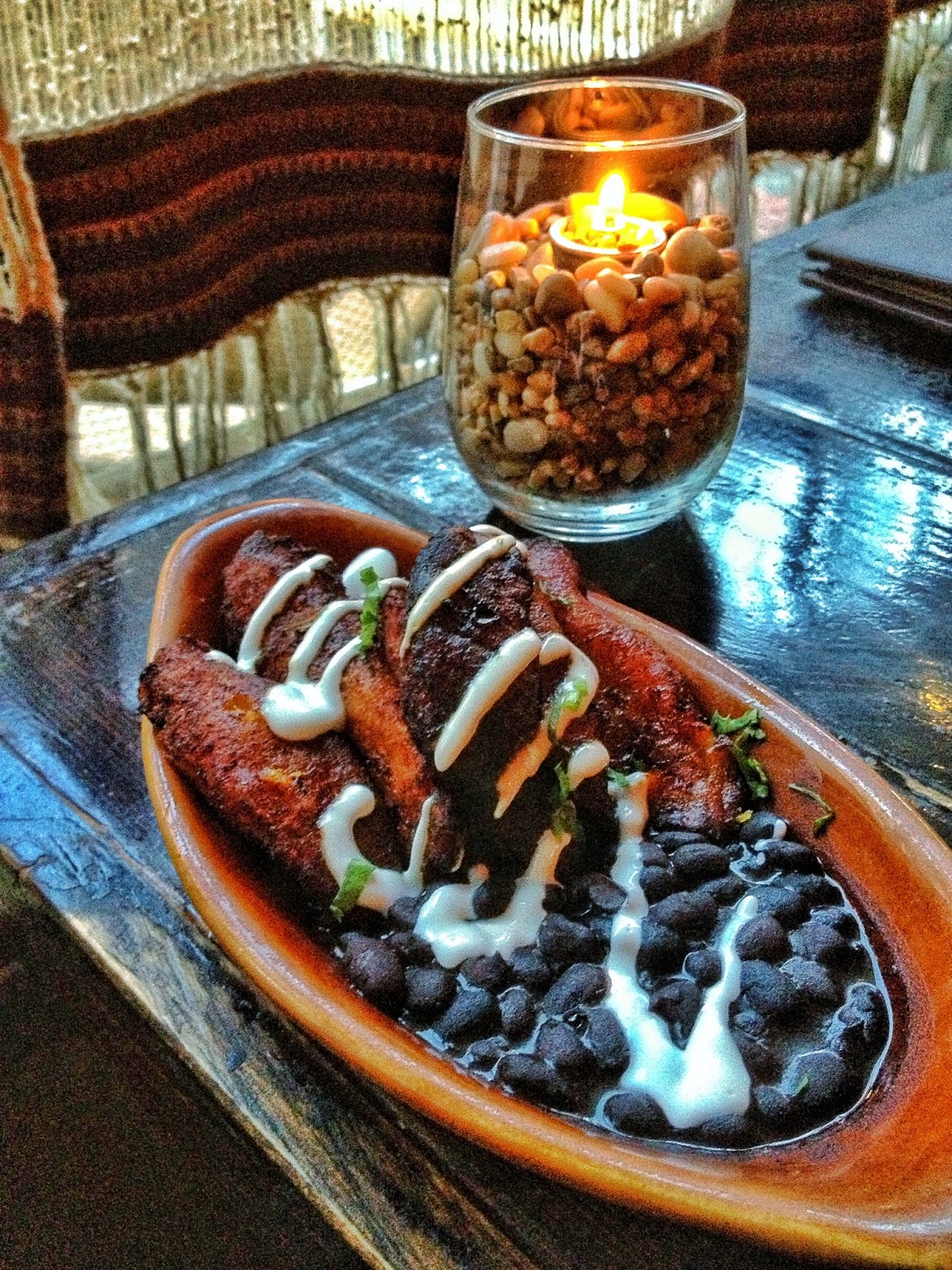 I may be a bit biased on this one, since Platanos Fritos, or “fried baby bananas” are one of my all-time favorite foods, but this dish was delectable! Platanos are like a condensed banana, so all of their flavor and sweetness is amplified. Combine that with a fried, crispy outer shell and you really cannot go wrong. 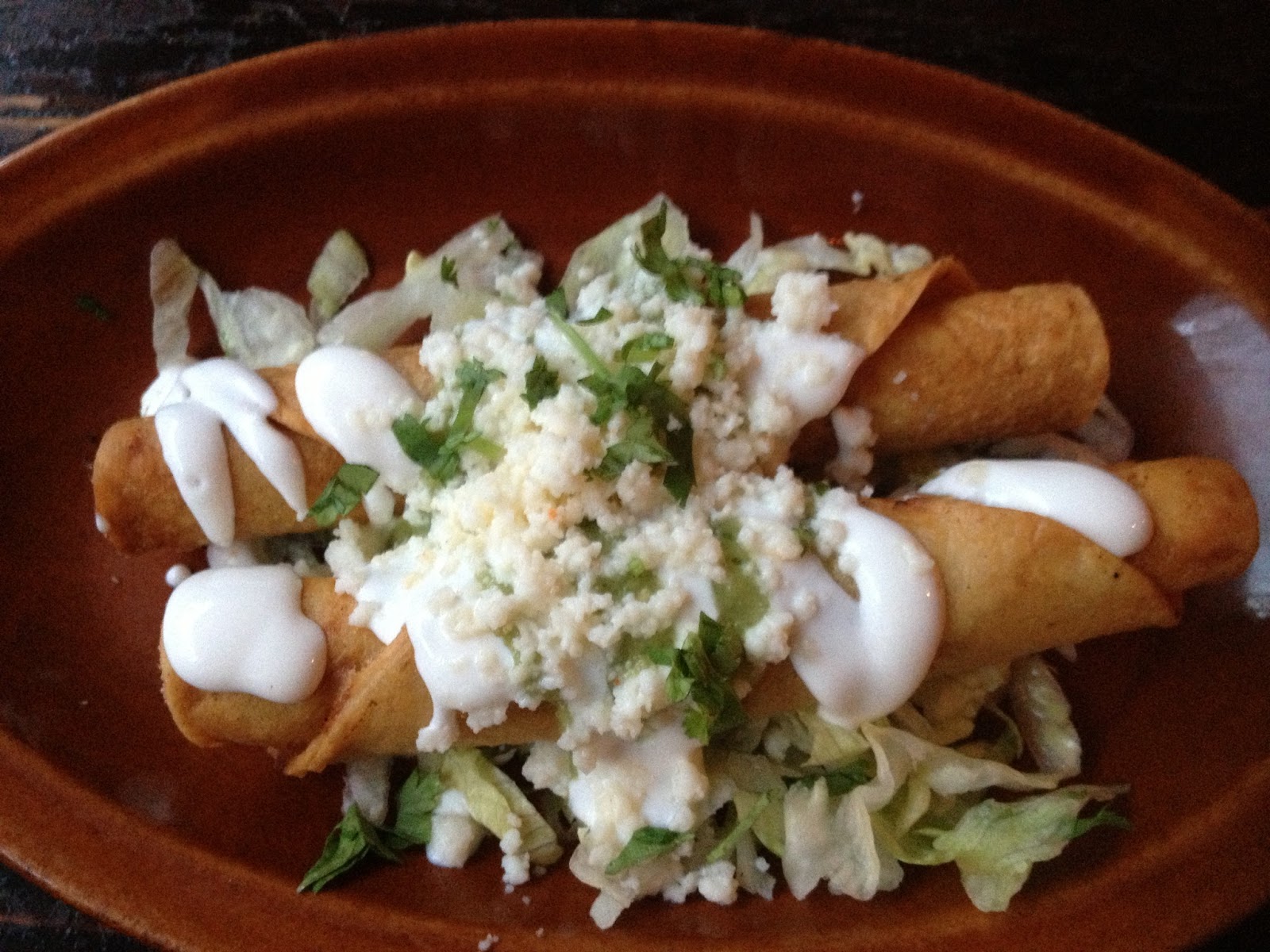 topped with salsa tomatillo and crema

The Crispy Flautas were also good, but I will be forever confused by the difference between flautas and taquitos! Their crisp corn tortillas were baked perfectly – crisp but not dry. The shredded chicken found inside was fresh and juicy rather than dry as well. 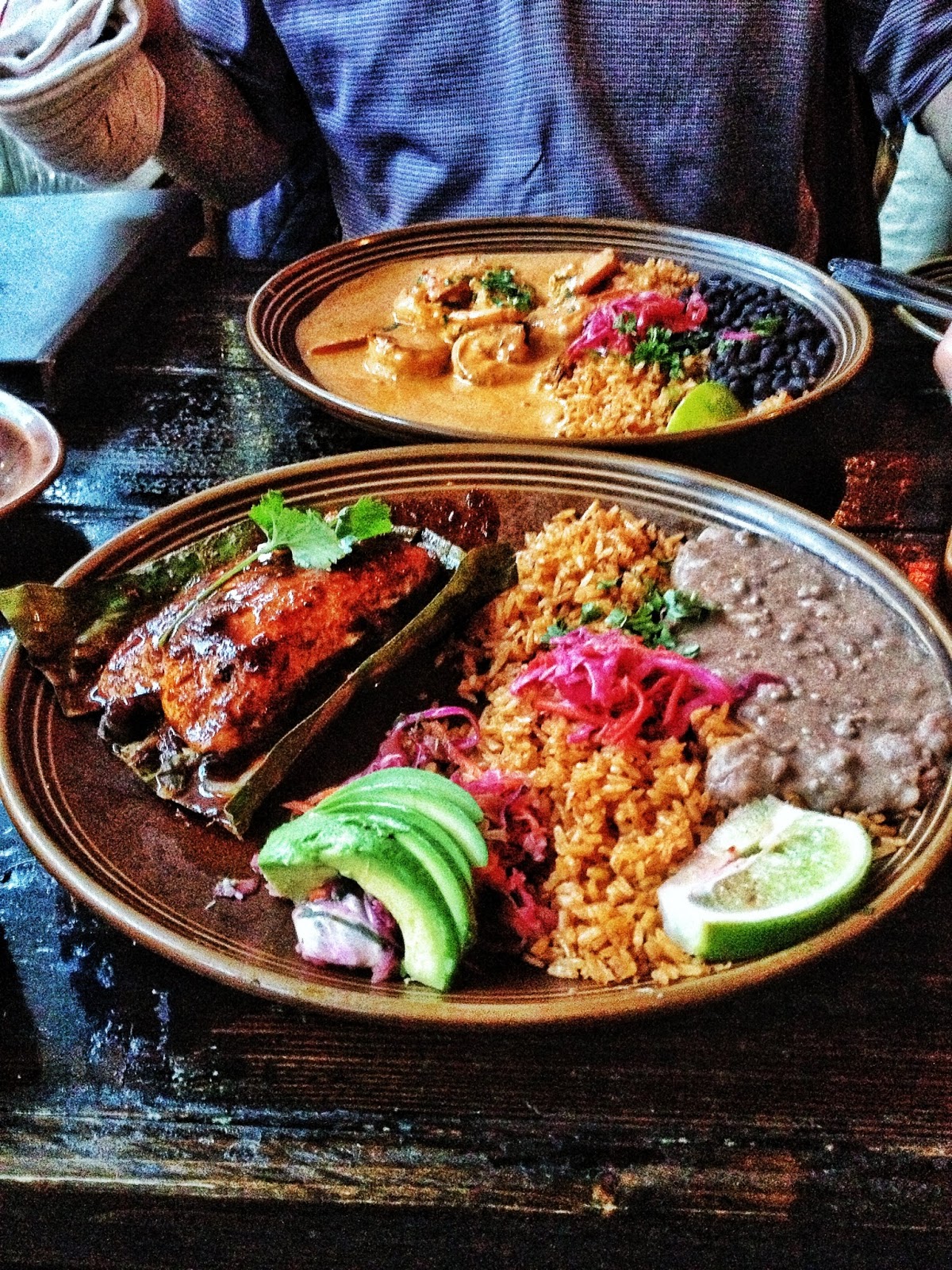 Shrimp (above), and Salmon (below) 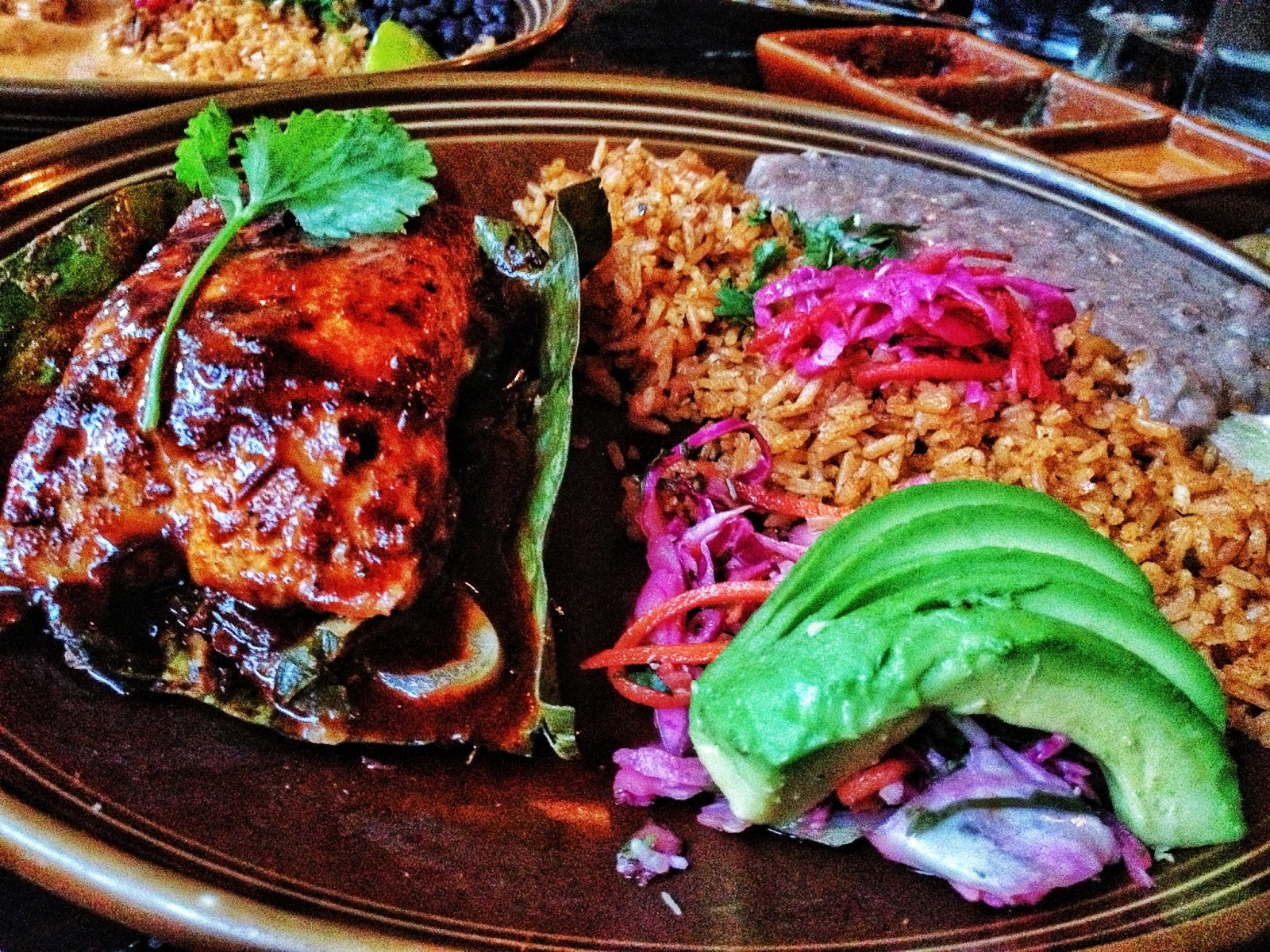 I ordered the Salmón en Hoja de Platano. On the left you can see the Salmon fillet on slow cooked pasilla peppers and onions, baked in banana leaf, with a tequila-ancho glaze. On the right is the rice, refried beans, and avocado. This eastern bank of the dish turned out to be quite important, as I quickly learned just HOW spicy tequila-ancho glaze can be (hint: very).

The fact that I find this to be one of the best salmon plates I’ve had, despite my love for salmon and my hesitation towards spicy foods, is testament to Tropisueño’s excellent cuisine. As tasty and omega-packed as salmon is,  it can tend to taste the same everywhere you go. However, this dish had an intense, tropical flavor that was quelled only by massive amounts of refried beans and rice. My only concern was that the heat of the glaze and the peppers beneath it was not written on the menu, nor was it mentioned to me by the waiter. Since some menu items are written as being spicy, I think this one deserves a warning as well. 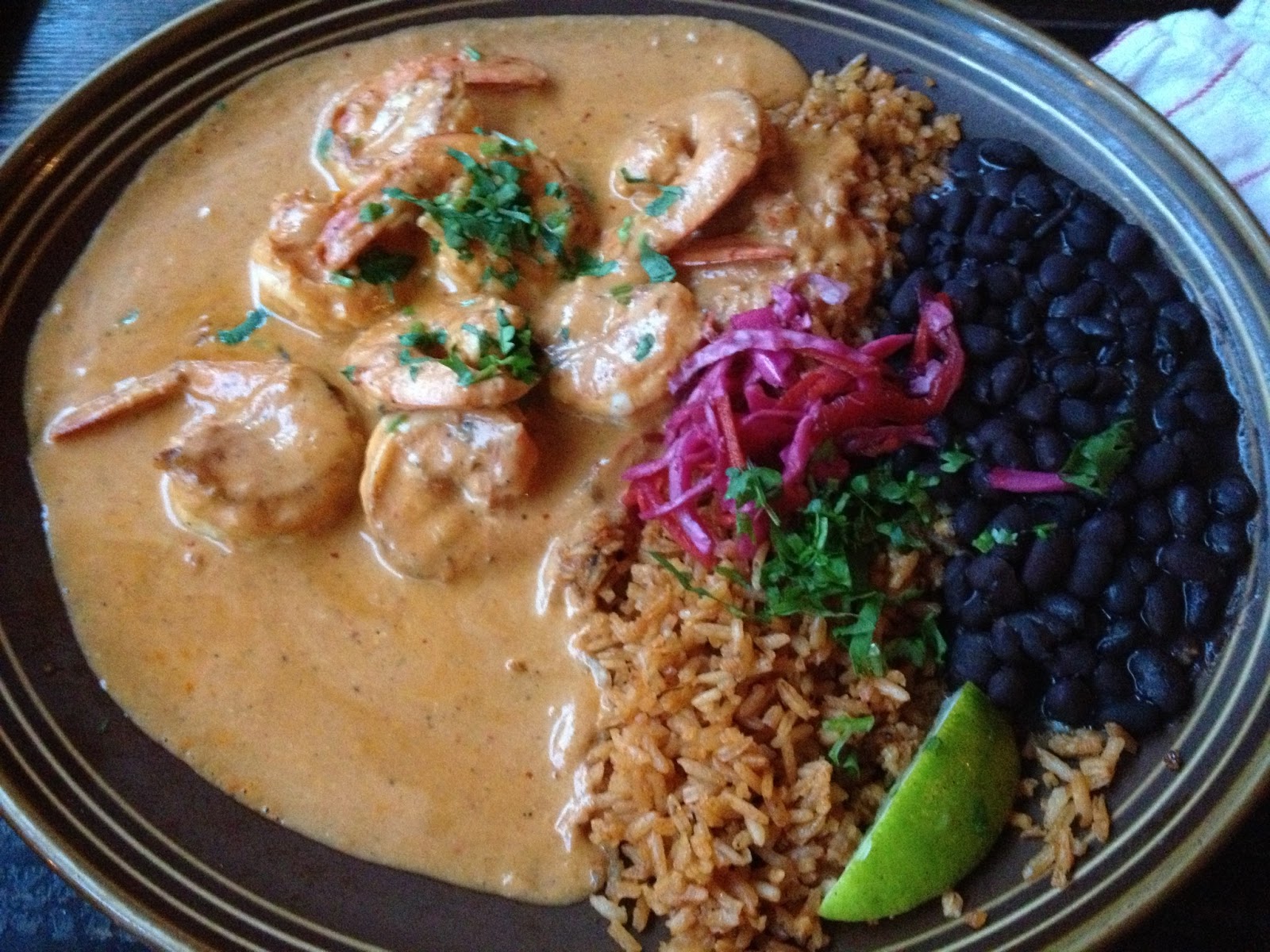 Speaking of spice warnings, my dad ordered the Camarones Tropisueño, which is written on the menu as “Spicy!” Exclamation point and all. These meaty shrimp are doused in a creamy chile de arbol sauce, finished with tequila, lime and cilantro. Rice and black beans are thrown in as a life preserver so that you do not drown in the sea of spice of this dish. It is not just spicy, though. The flavors in the Camarones Tropisueño are mighty and not to be ignored. This is a great dish.

Tropisueño offered us a scrumptious meal, from the appetizers to the entrees. We thoroughly enjoyed the presentation and bright colors of the food, which turned the meal into an experience to remember.

The atmosphere in this FiDi venue was comfortable yet sophisticated, with rock-filled lanterns on the table and intricate lamps on the ceiling. Large streetside windows with cloth blinders allowed for people watching without feeling vulnerable.

Our waiter went above and beyond. When my dad asked for a drink on the menu that the waiter was unfamiliar with, he switched to a different drink. However, the waiter went on to scour the shelves for the  drink and ended up finding it for us. That’s what I call good service.

I absolutely recommend Tropisueño for a classy Mexican meal in the city. 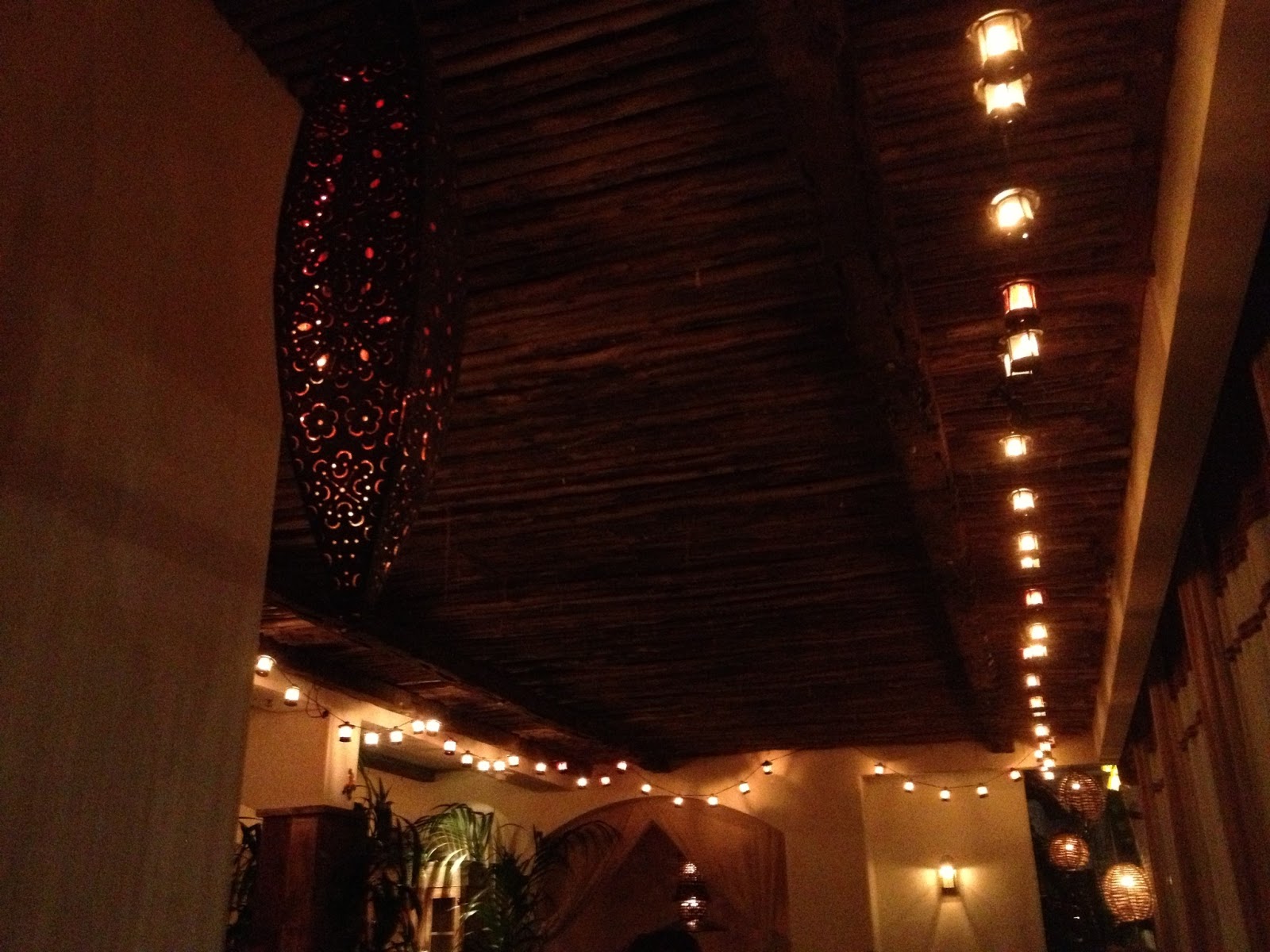