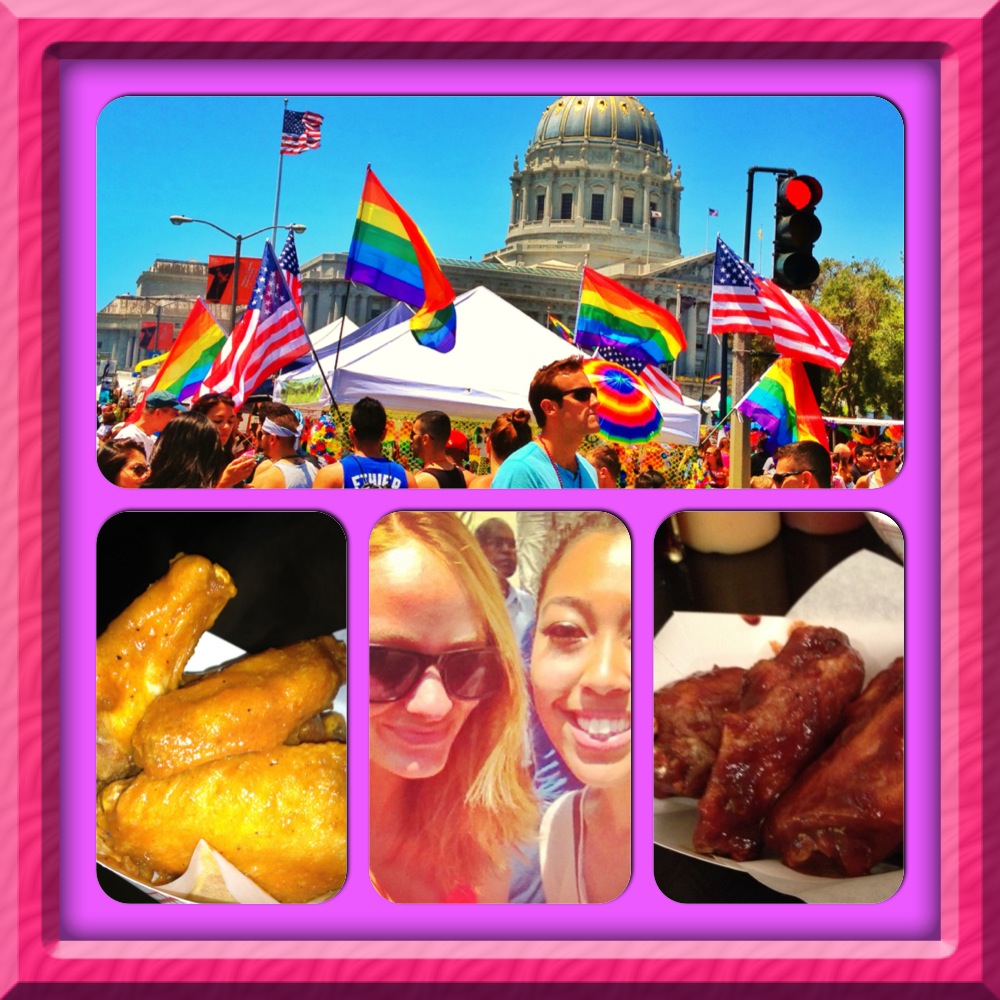 Any San Francisco local will tell you it’s a rarity to feel the heat of the sun for more than 5 minutes at a time, 90% of the year. We are renowned for our wind and our fog. Which makes this past weekend that much more special. Not only did the repeal of Prop 8 fall on the same weekend as the legendary SF Pride Parade, but the weekend was showered with heat and sun and the general jovial atmosphere that accompanies such a summer treat. 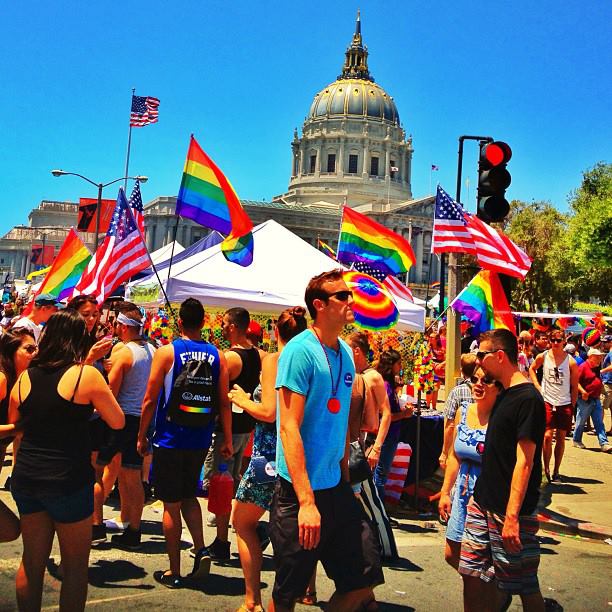 City Hall – the hub of the SF Pride action! 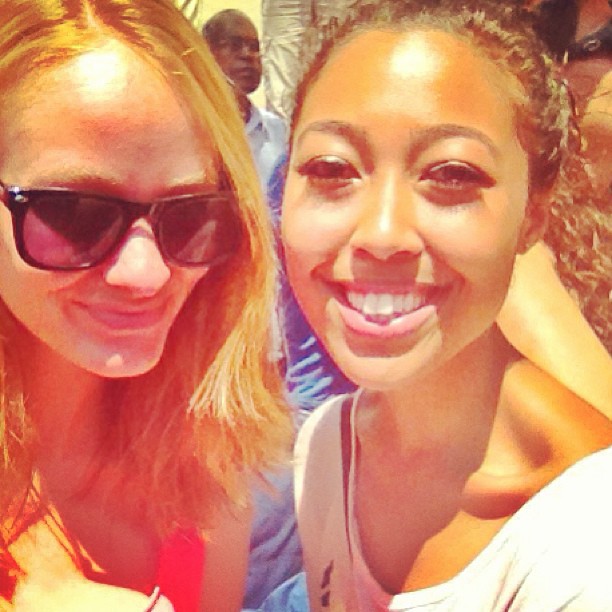 Chanda and I baking in the heat! 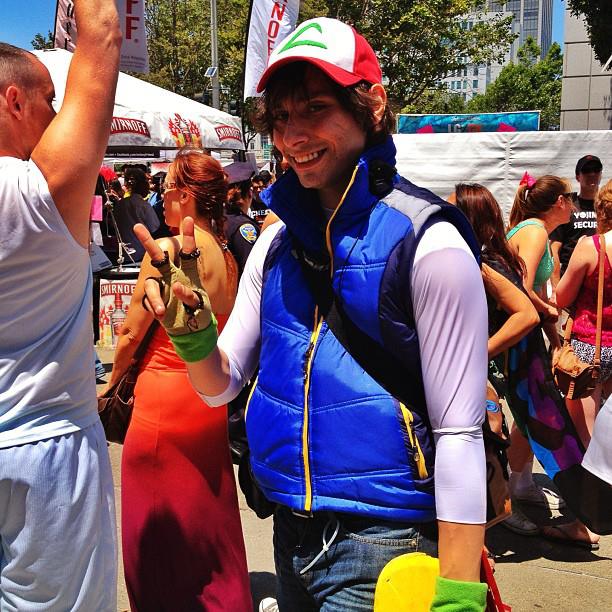 For all my fellow Pokemon Geeks out there 😛 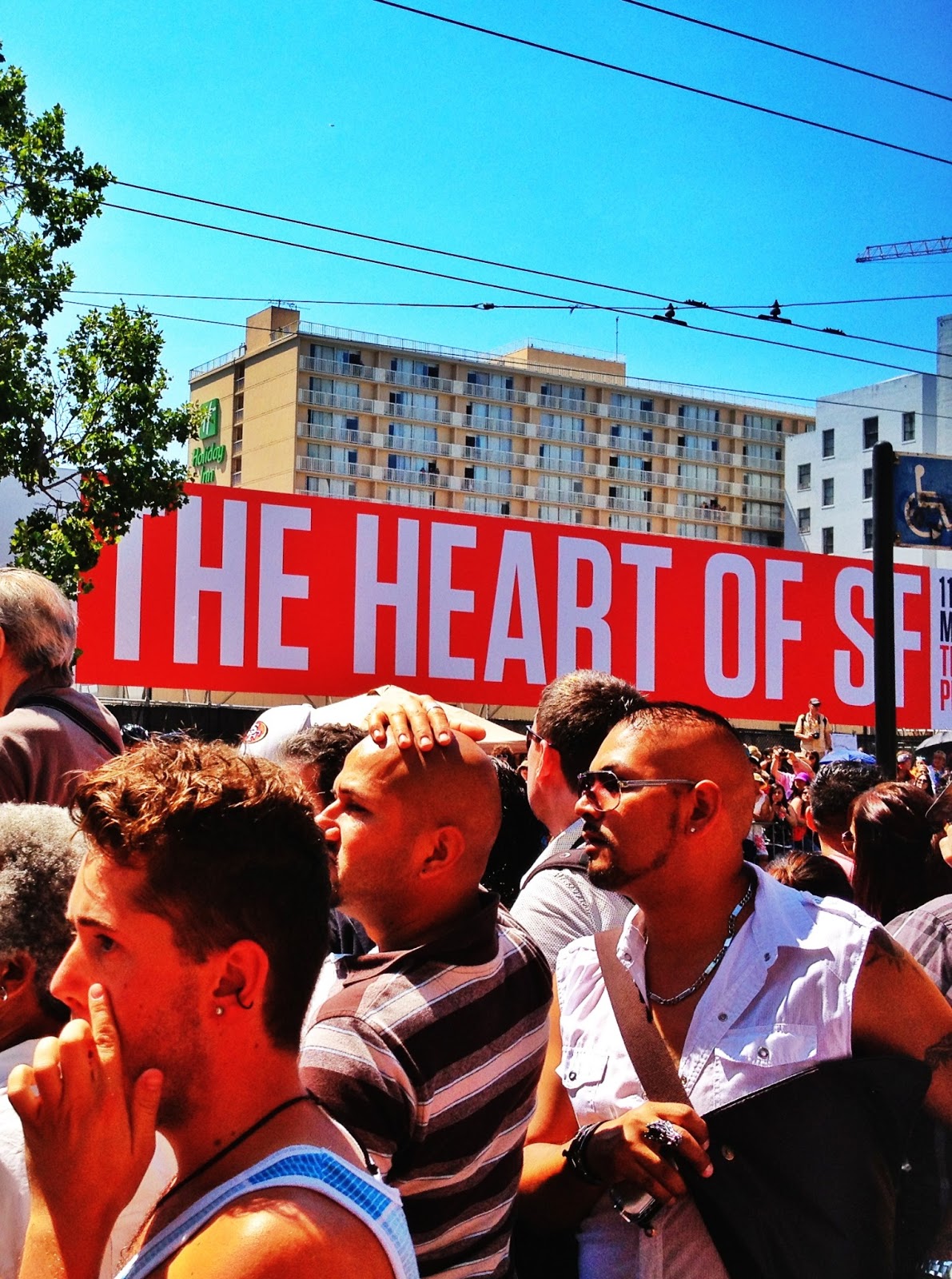 Awaiting the floats in the heart of SF 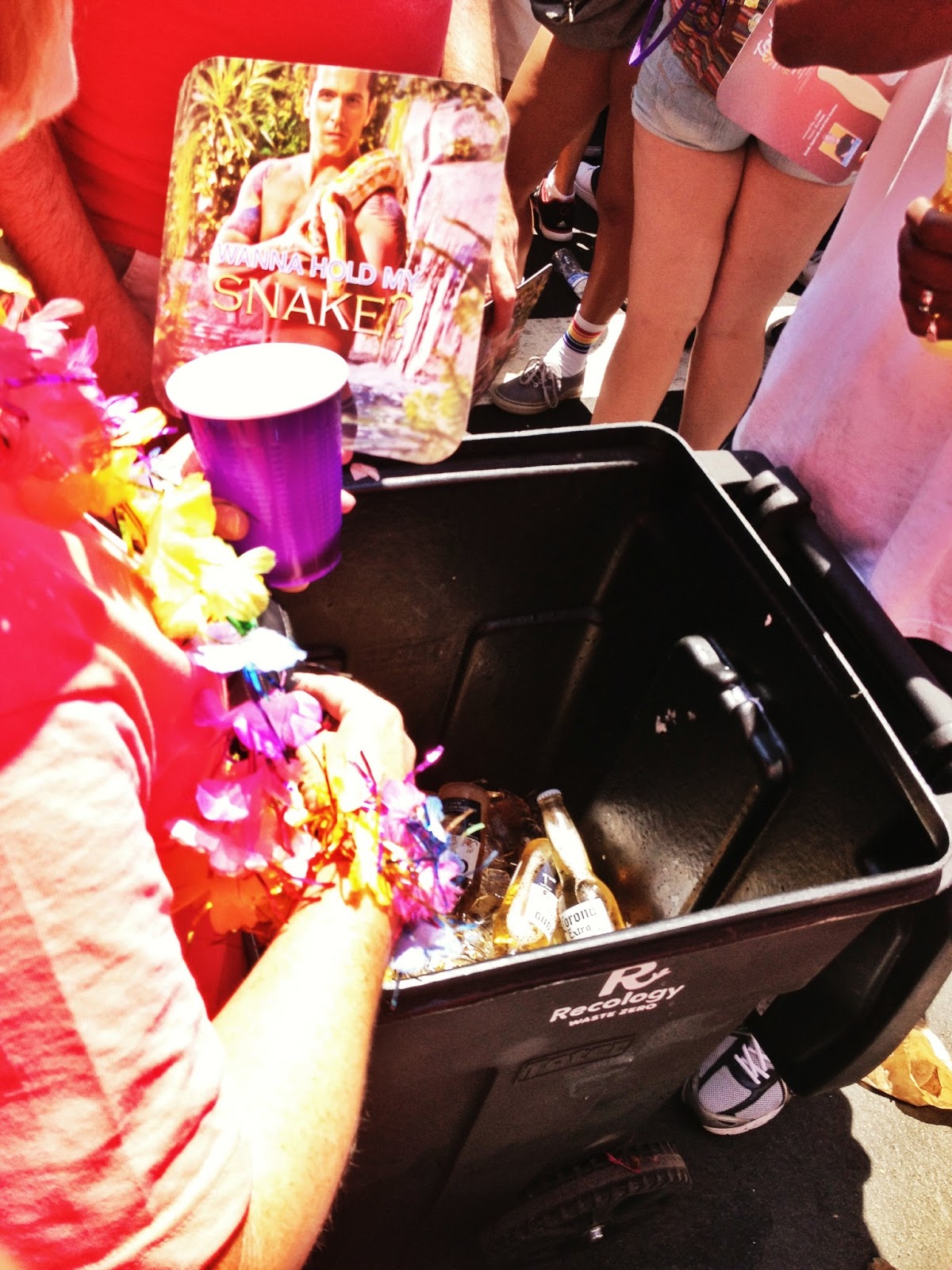 Entrepreneurial Opportunities at the Parade – 2 for $6 Coronas

After the Parade, I went home to slather my Irish skin with aloe and take a nap. For dinner, Nick and I headed out to the much hyped-up Wing Wings to see what all the fuss was about. 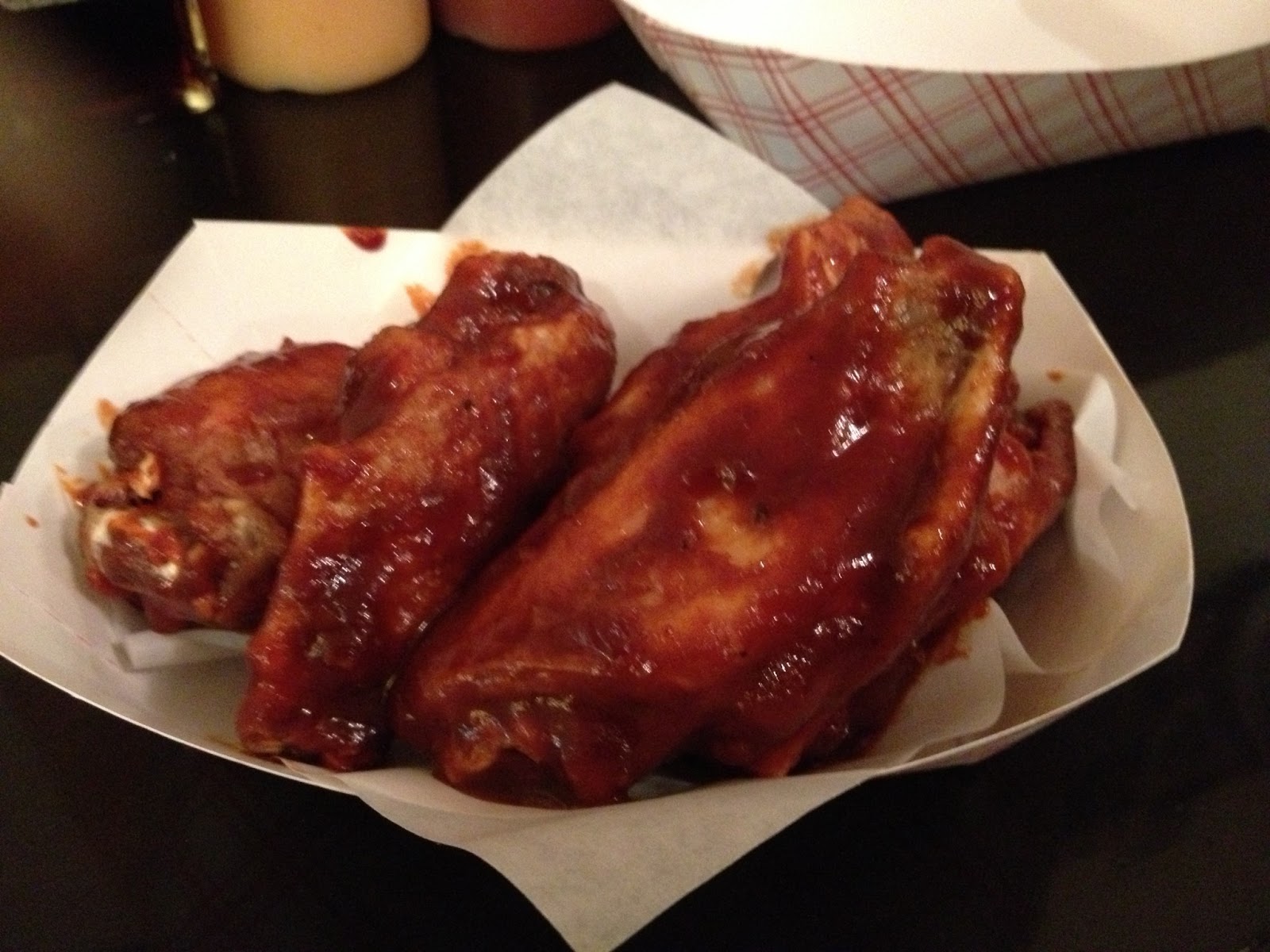 THIS is what all the fuss is about. I ordered a large plate of BBQ Wings, which came with 5 pieces of hot, flavor-packed and meaty chicken wings. The BBQ flavor is not spicy – in fact, the only really spicy wings you’ll find here are the Angry Korean and the Spicy Buffalo. You can add your own hot sauce from the counter: choose from the interesting “jalapeno ginger,” “moombah,” and “hella hot.” If I wasn’t so hot and sunburned from the parade I would have tried them all. I’ll have to come back on a cool day. Nevertheless, my BBQ Wings were divine just the way they were. They only took 5-10 minutes to come out, and were extremely fresh at 11:30pm. They were truly packed with BBQ flavor, and some other complimentary flavors – we even detected something along the lines of cinnamon? Whatever it was, it was amazing! 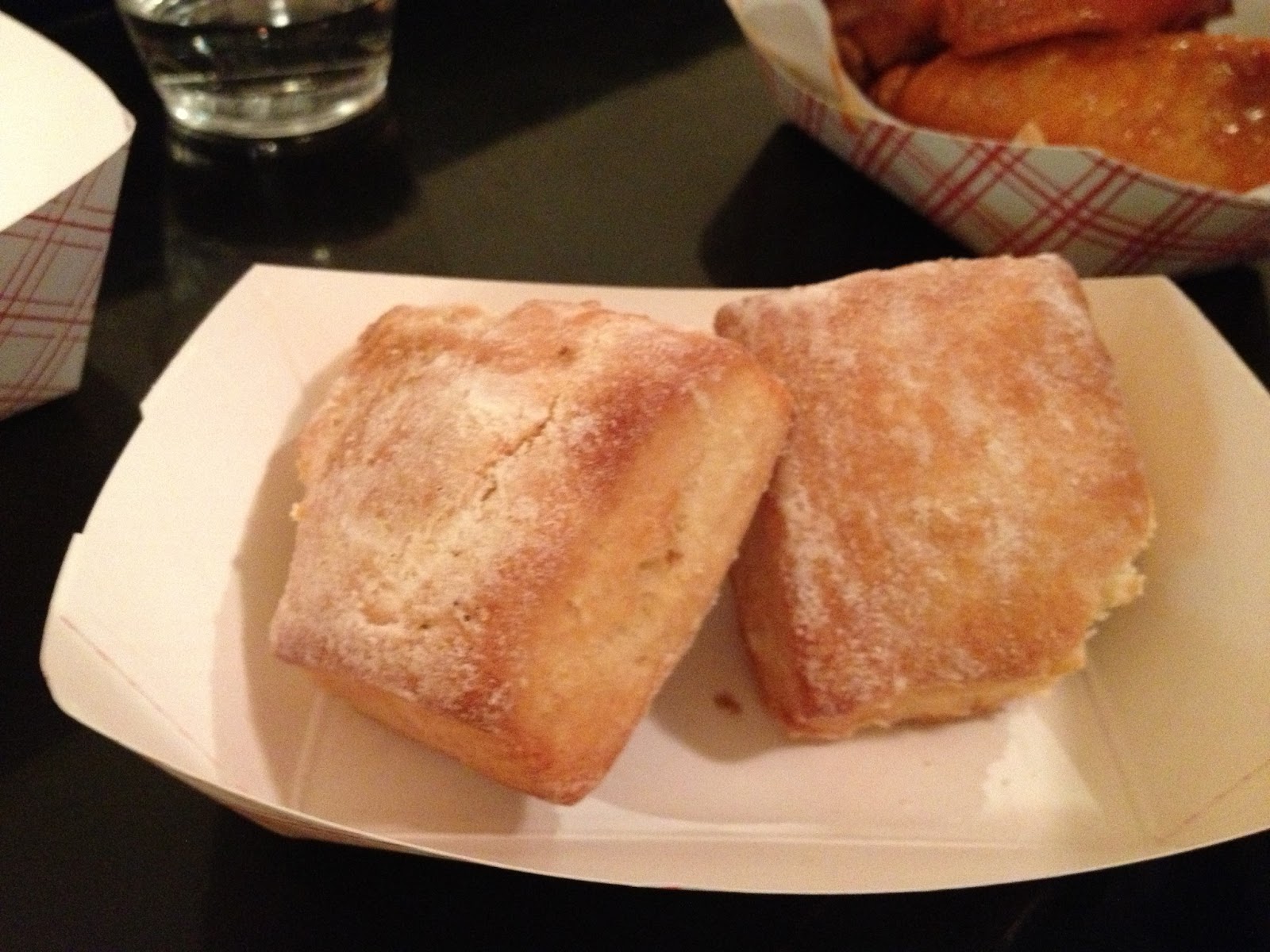 To be honest, I’ve never really warmed up to biscuits. They always leave me feeling greasy and buttery. To my surprise, the Buttermilk Biscuits at Wing Wings were to die for! They are light, fluffy, and PERFECT in combination with the saucy wings. They even drizzle some sweet brown sugar on top. YUM! 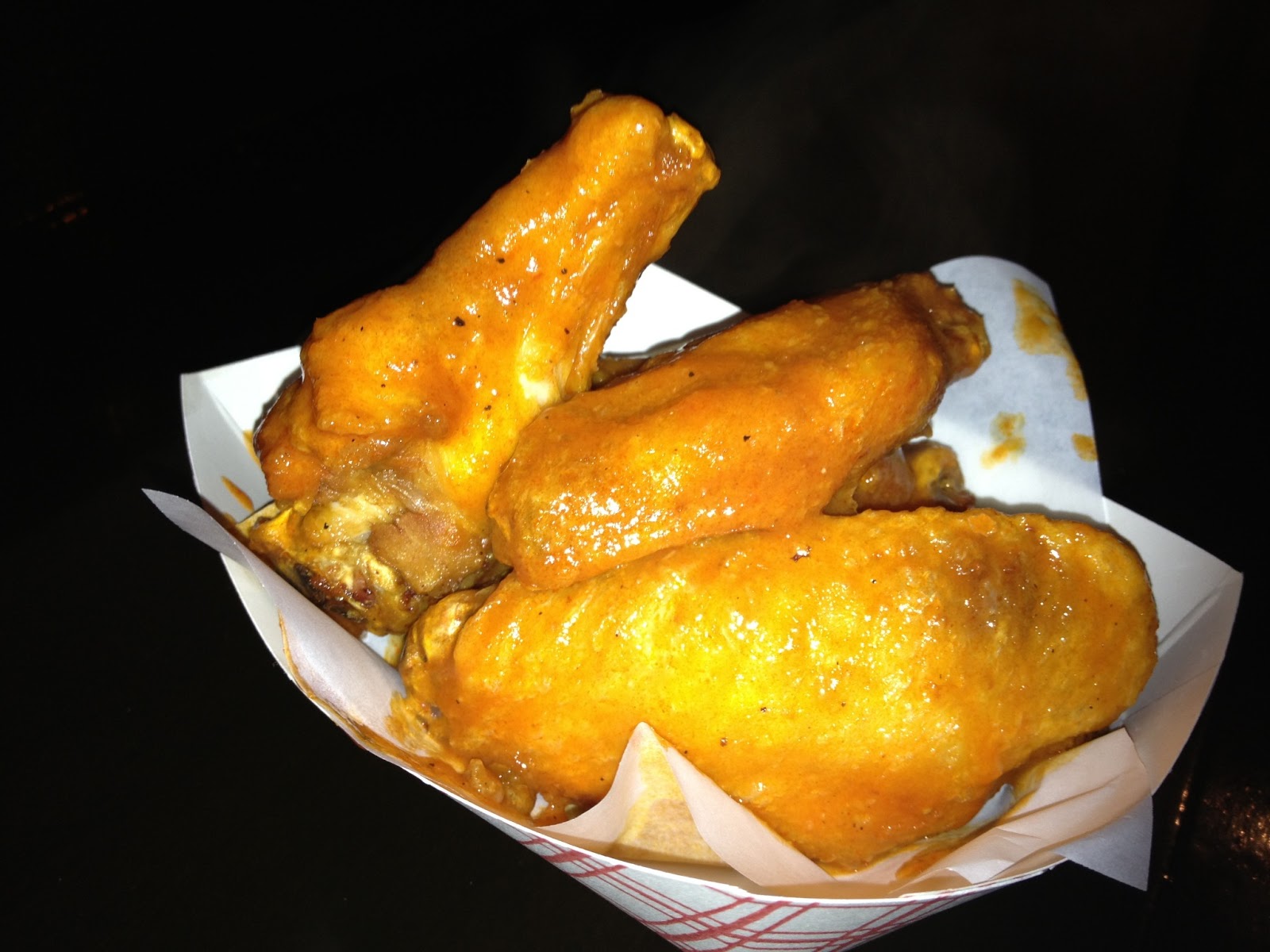 Nick ordered the Regular Buffalo Wings (as opposed to the spicy ones). The buffalo still had a kick to it, but it wasn’t exactly spicy. He tried the jalapeno ginger sauce on one of his wings, and said that wasn’t too spicy either, so I’d definitely give that a try for those who are like me and stray from the hotter side of spices. These, like everything else we tried at Wing Wings, were delectable.

For all the carnivores out there, Wing Wings is a MUST. The hype is true. The wings melt in your mouth, and I would highly recommend the buttermilk biscuits to get some carbs in with your protein for a balanced meal (not to mention some sweet with your savory)!