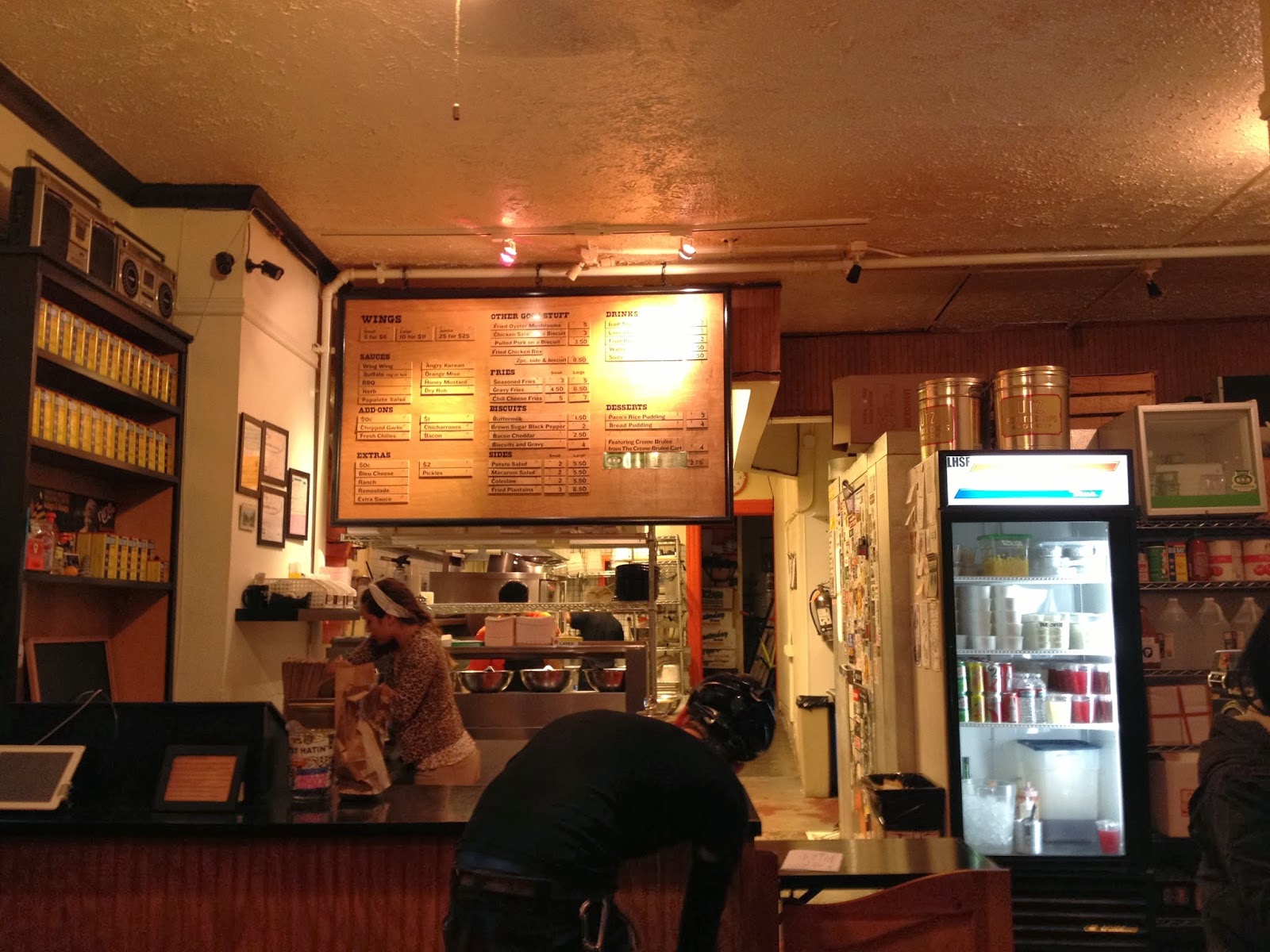 Letter W of ABC Dining brings us to Wing Wings in San Francisco’s Lower Haight neighborhood! Known for their local flavor and legendary sauce selection, Wing Wings is a must-try for any carnivore. 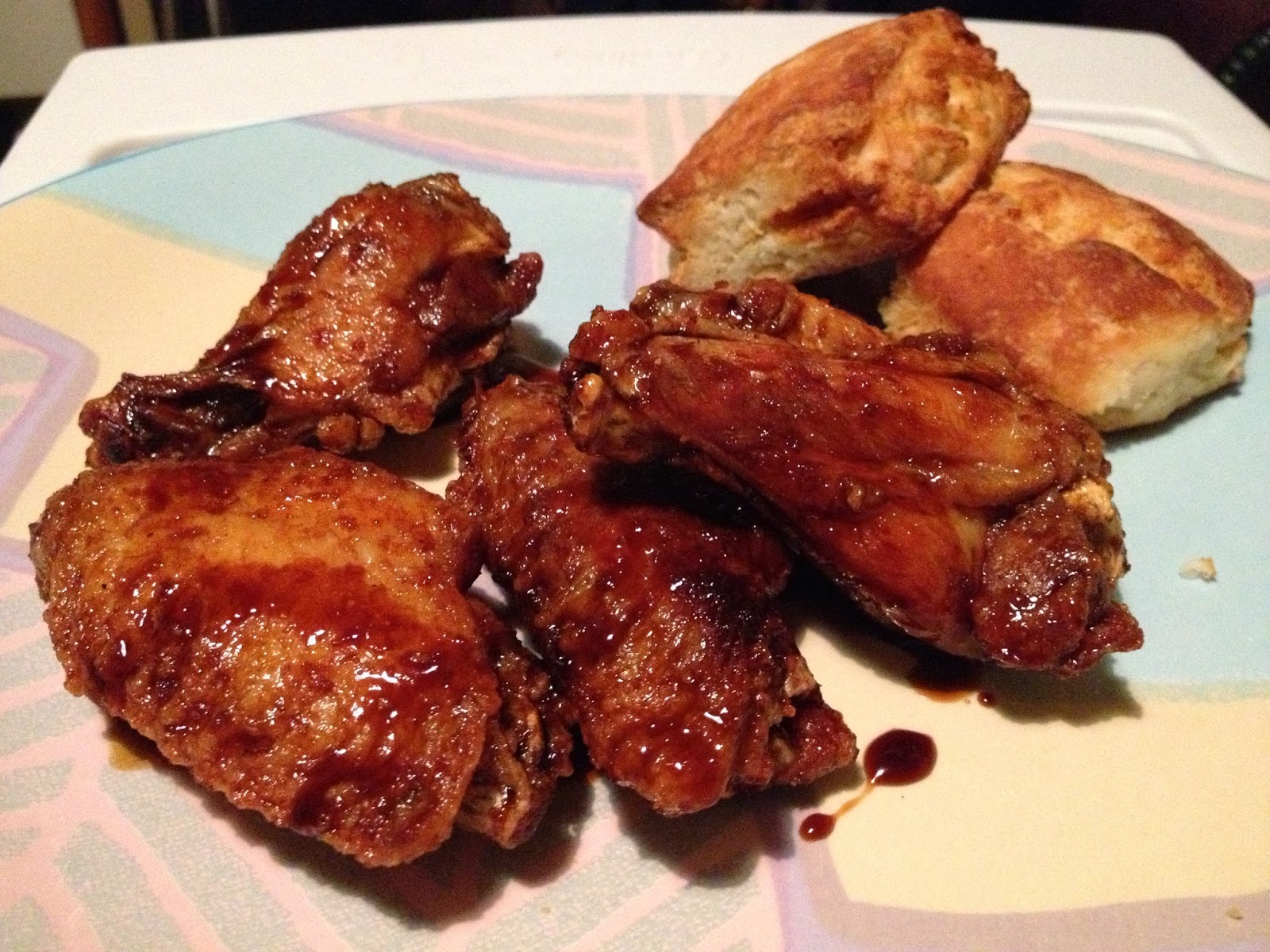 I ordered a small plate of 5 wings for $6, covered in sweet Wing Wing sauce and a side of biscuits. The Wing Wing sauce had just a small kick of flavor without it being too spicy- just how I like it. The biscuits were scrumptious! Soft and not too dry. Other sauces at Wing Wings include Honey Mustard, Angry Korean, and Papalote Salsa. It’s great finding a place with such a unique and diverse menu. 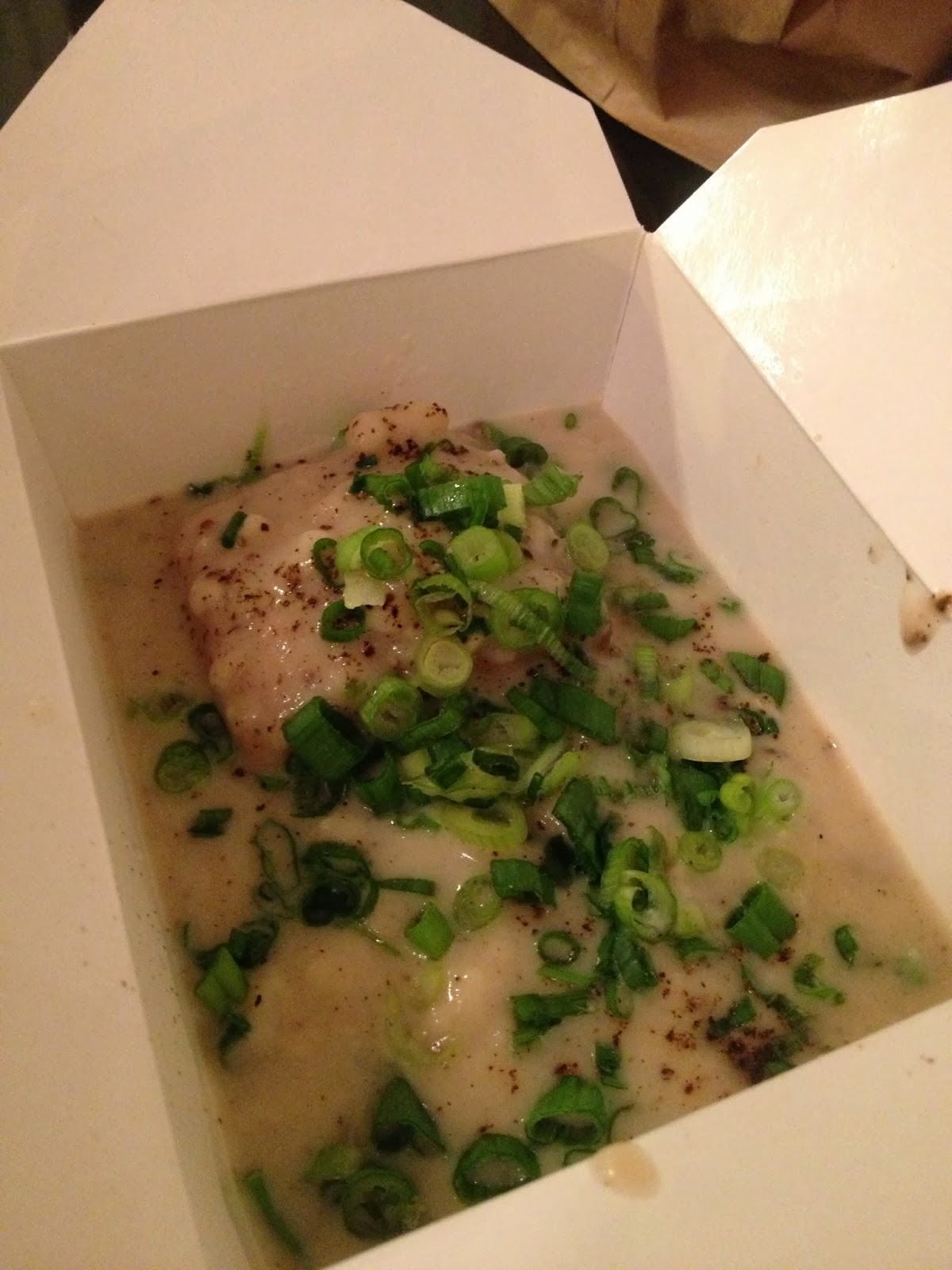 Brian ordered Biscuits and Gravy, which came swimming in spring onions for a burst of flavor. It was hearty and delicious! 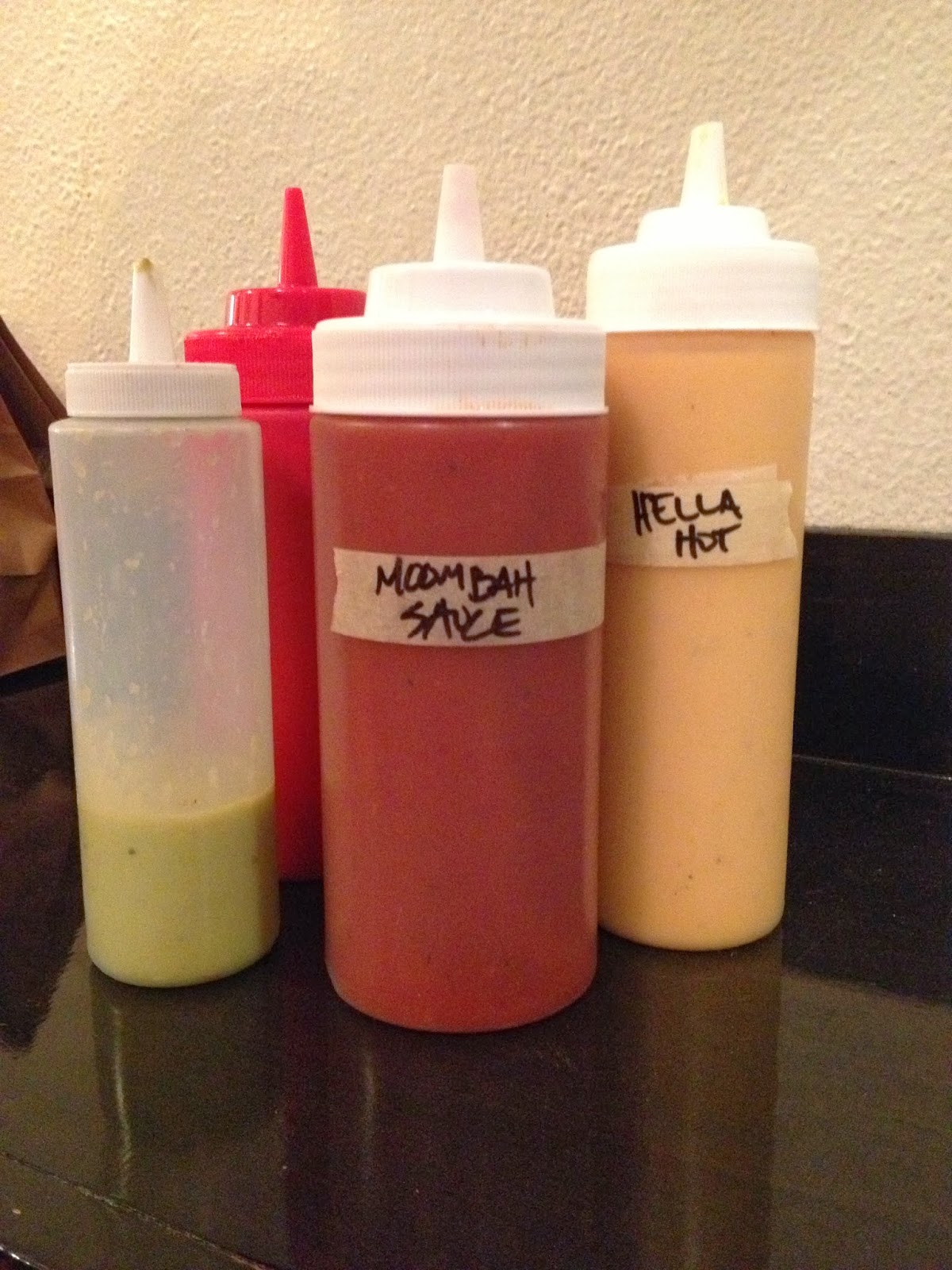 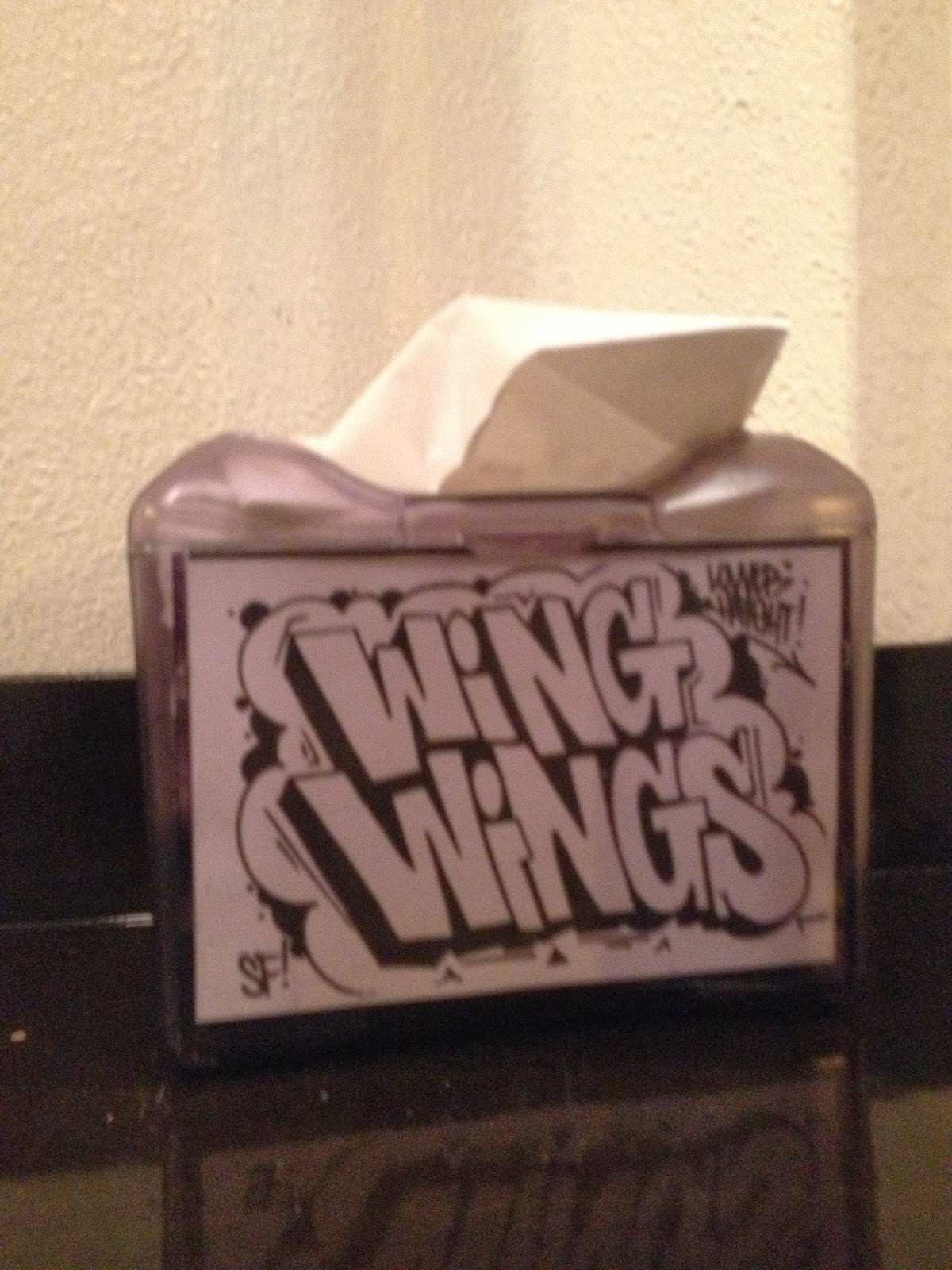 Even the napkin dispensers are cool.

The food at Wing Wings is unique and tasty. The decor is interesting and local, as are the staff who work there. Don’t be afraid to ask about the menu, they have a lot of helpful tidbits, such as coming earlier rather than later to catch the biscuits warm out of the oven (they open at 5pm on weekdays and 11am on weekends). YUM. You’re welcome.