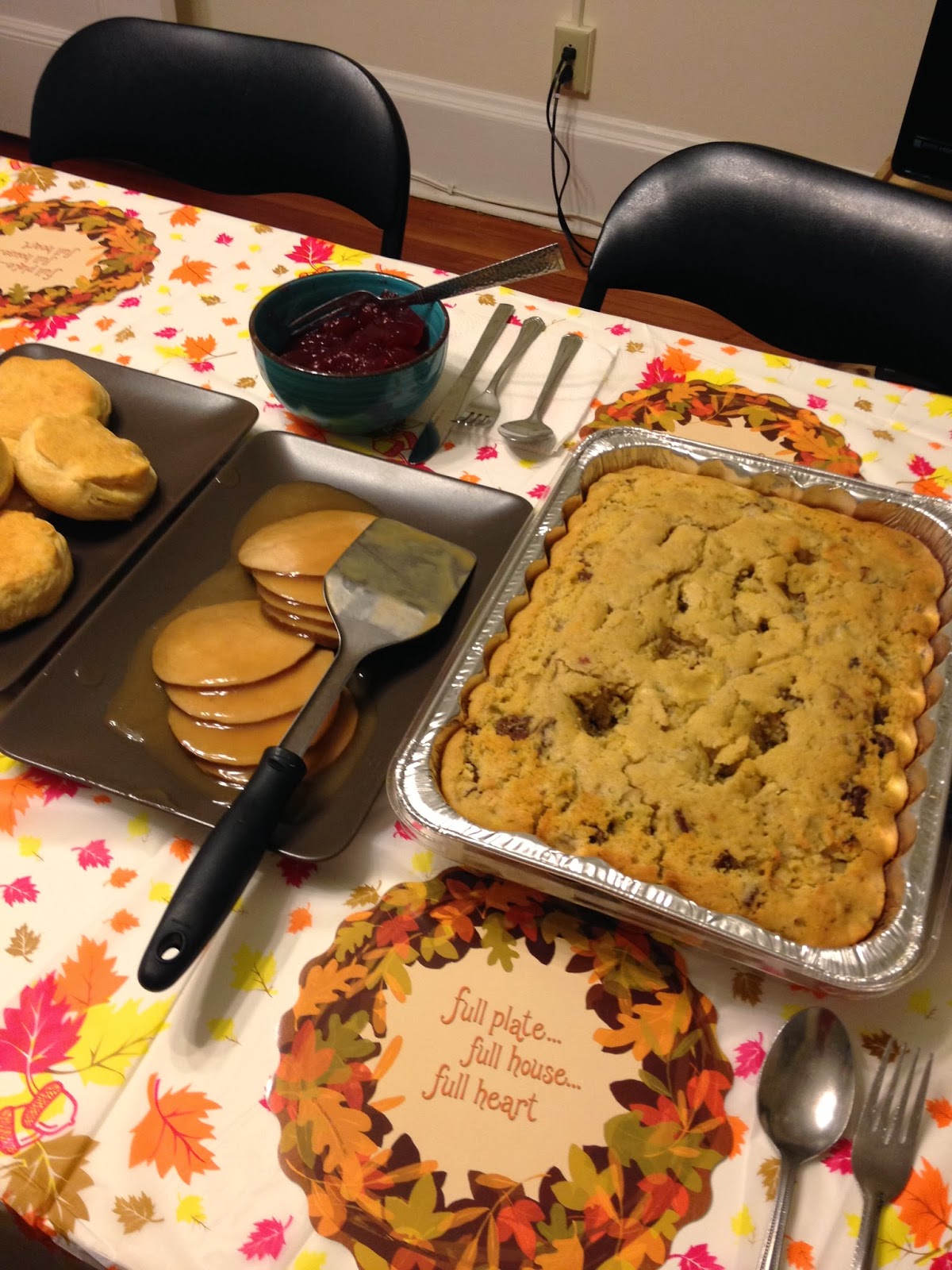 “Let our lives be full of both thanks and giving.”

November on the East Coast can be translated to a decrease in temperature coupled with an increase in holiday spirit. As a new Boston food blogger, I was excited for Thanksgiving here, and my roommates and I decided to throw a feast. This was a treat because I planned to get more into cooking – especially after seeing my new kitchen! What better time than Thanksgiving to kick off a new cooking era. I volunteered to make the all-so-important stuffing, and discovered a great cornbread recipe to try. 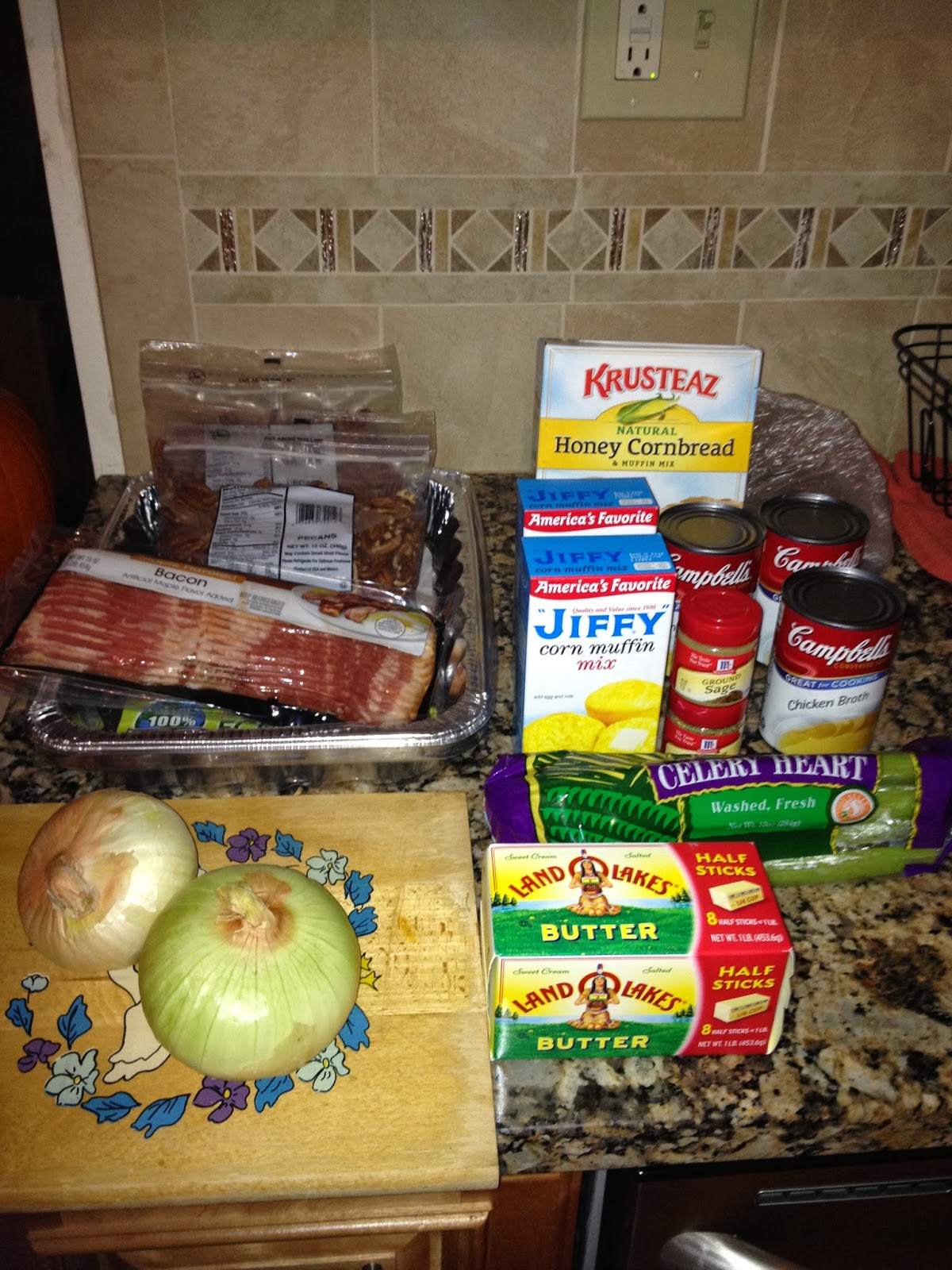 *Starred ingredients have changed quantities from the original recipe. I used less butter, bacon, and pecans, and more thyme and sage than the recipe called for.

*Both prep and cook time took a bit longer than the original recipe claimed. I would allow for this amount of time just in case. 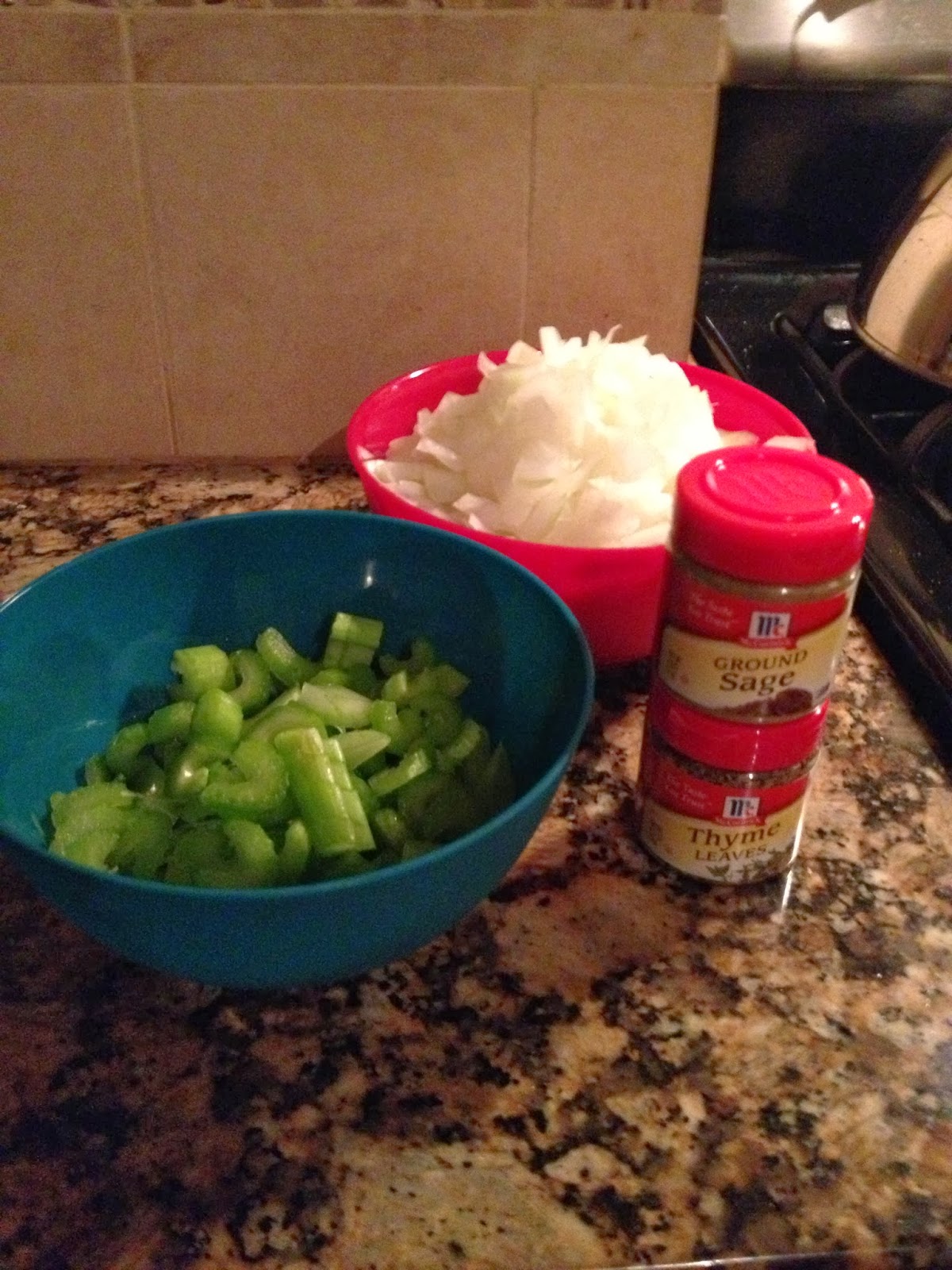 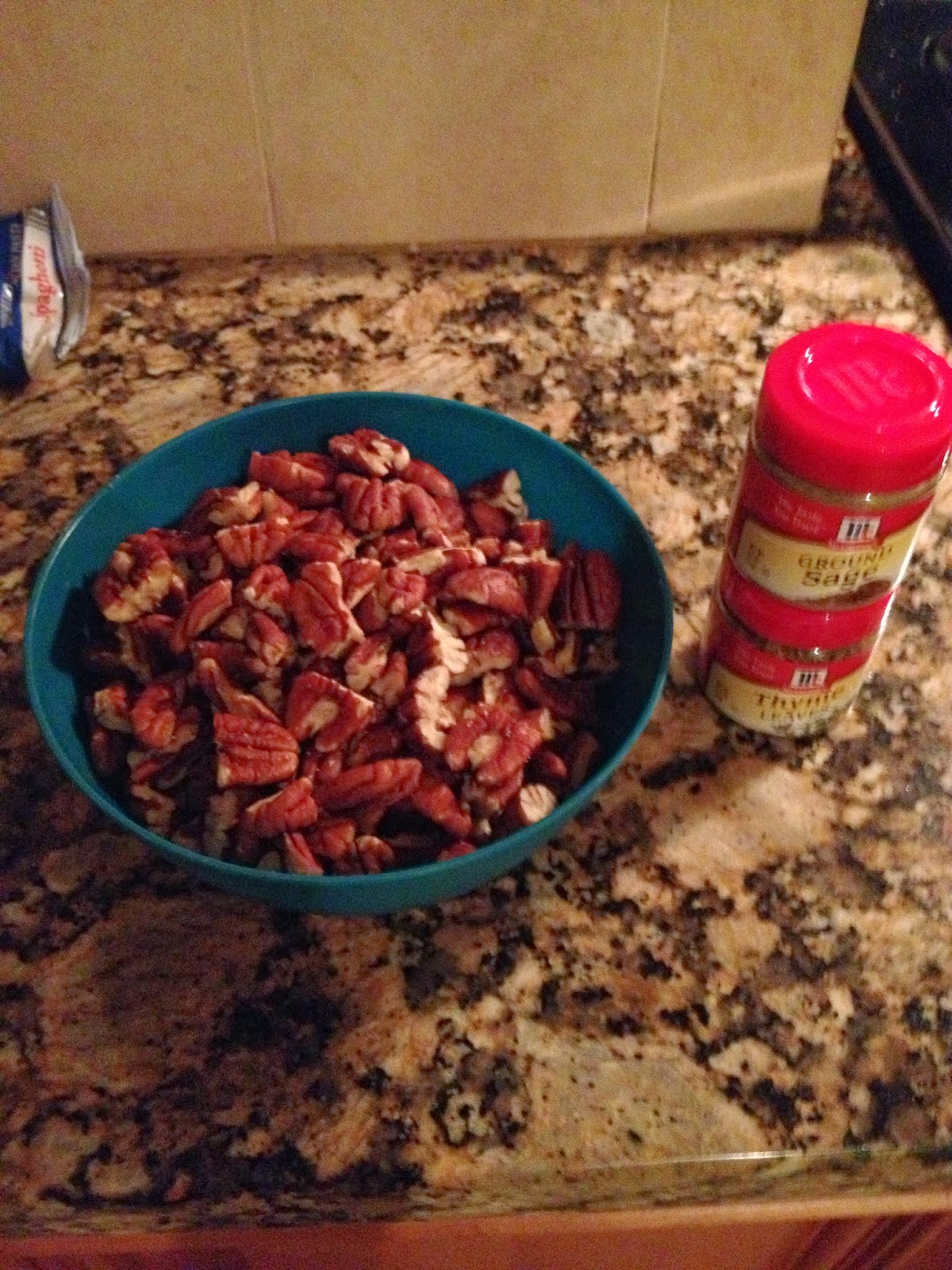 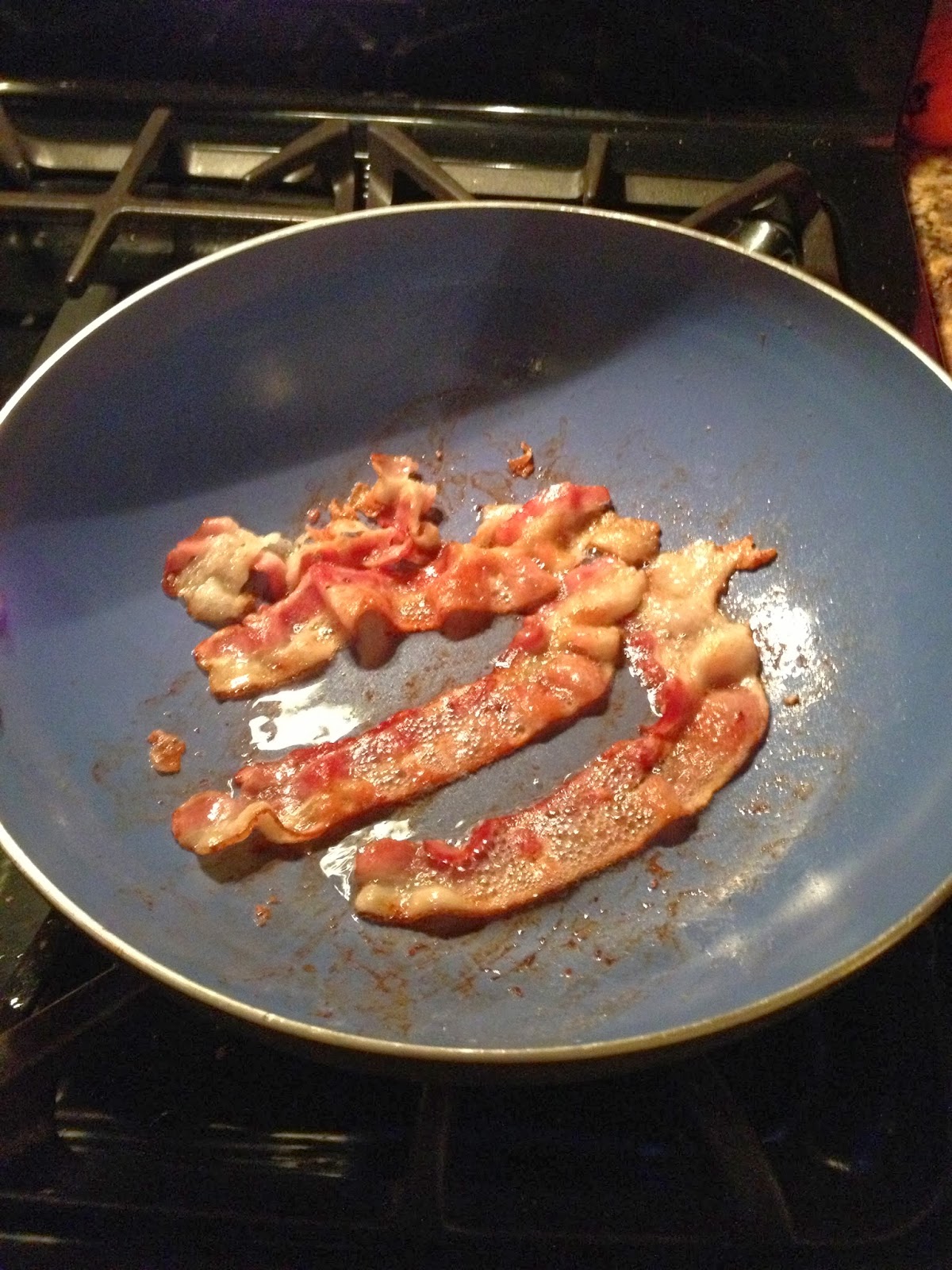 Step 5: Once bacon is crisp, turn down heat and add celery and onions. Sautee until tender (about 6 minutes) 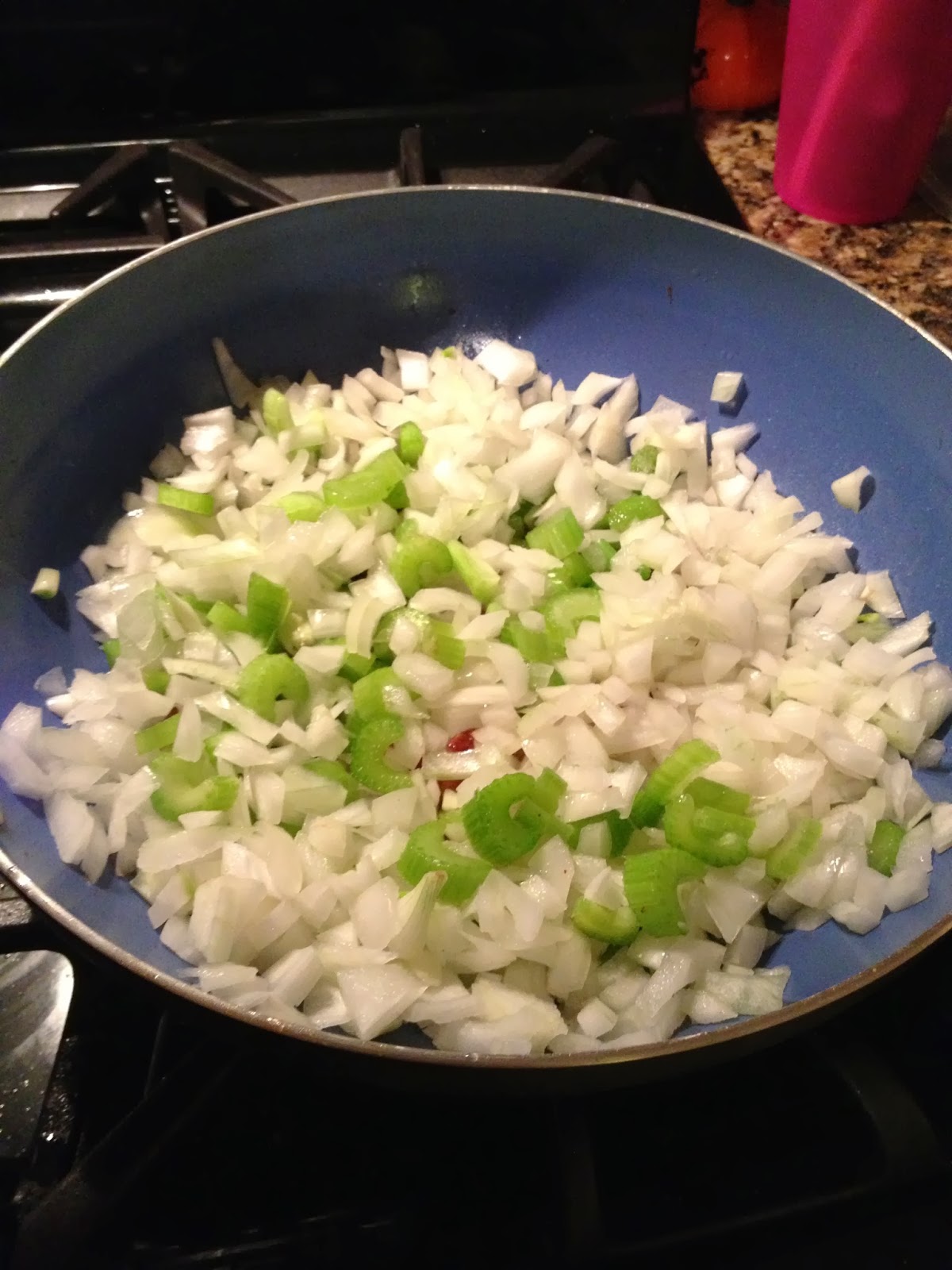 Step 6: Add thyme and sage. The original recipe only called for 1 tablespoon of each, but I was much more generous with mine. The thyme and sage are the essence of the stuffing spice, so I would put in a lot. Saute until fragrant. 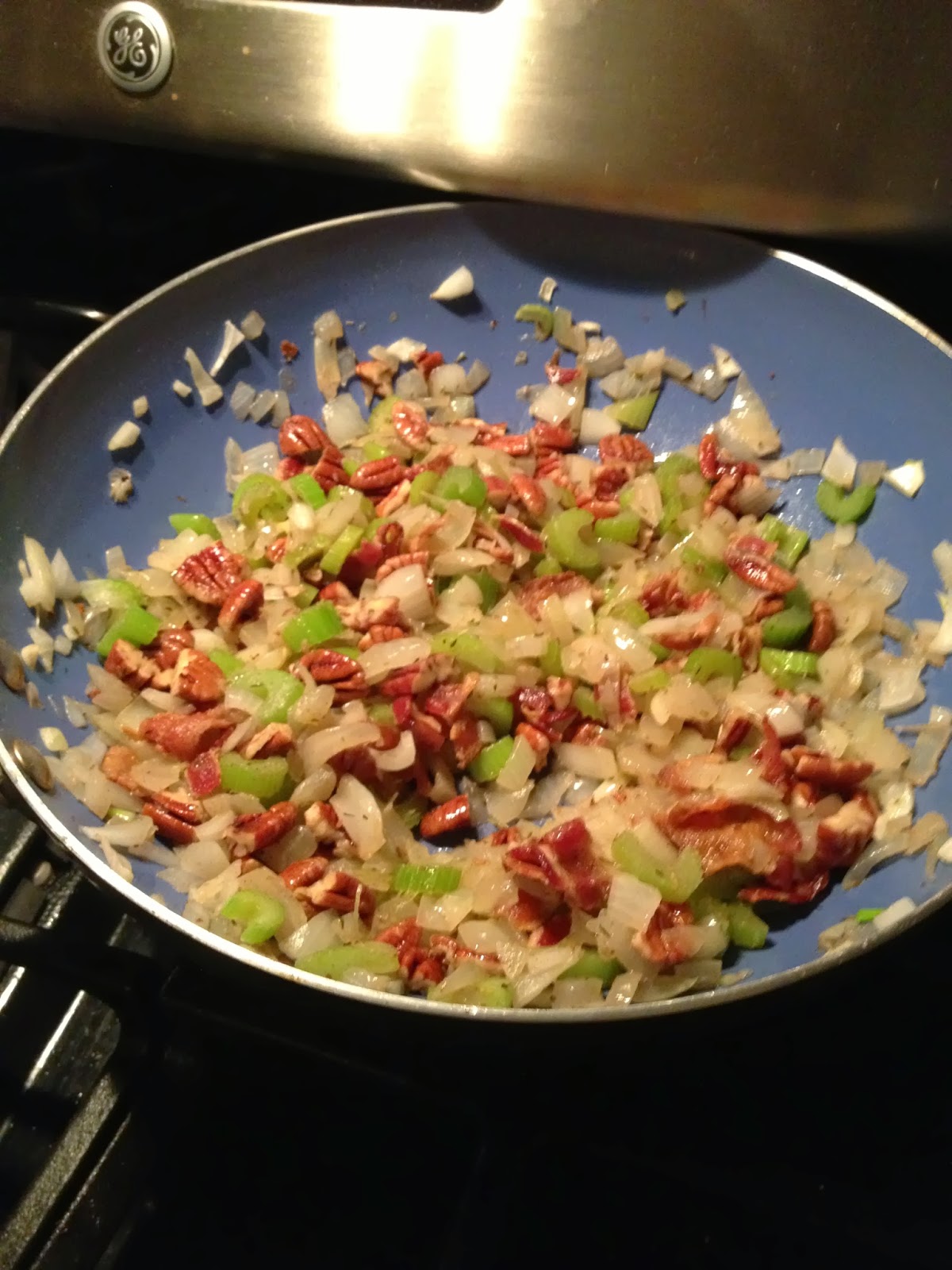 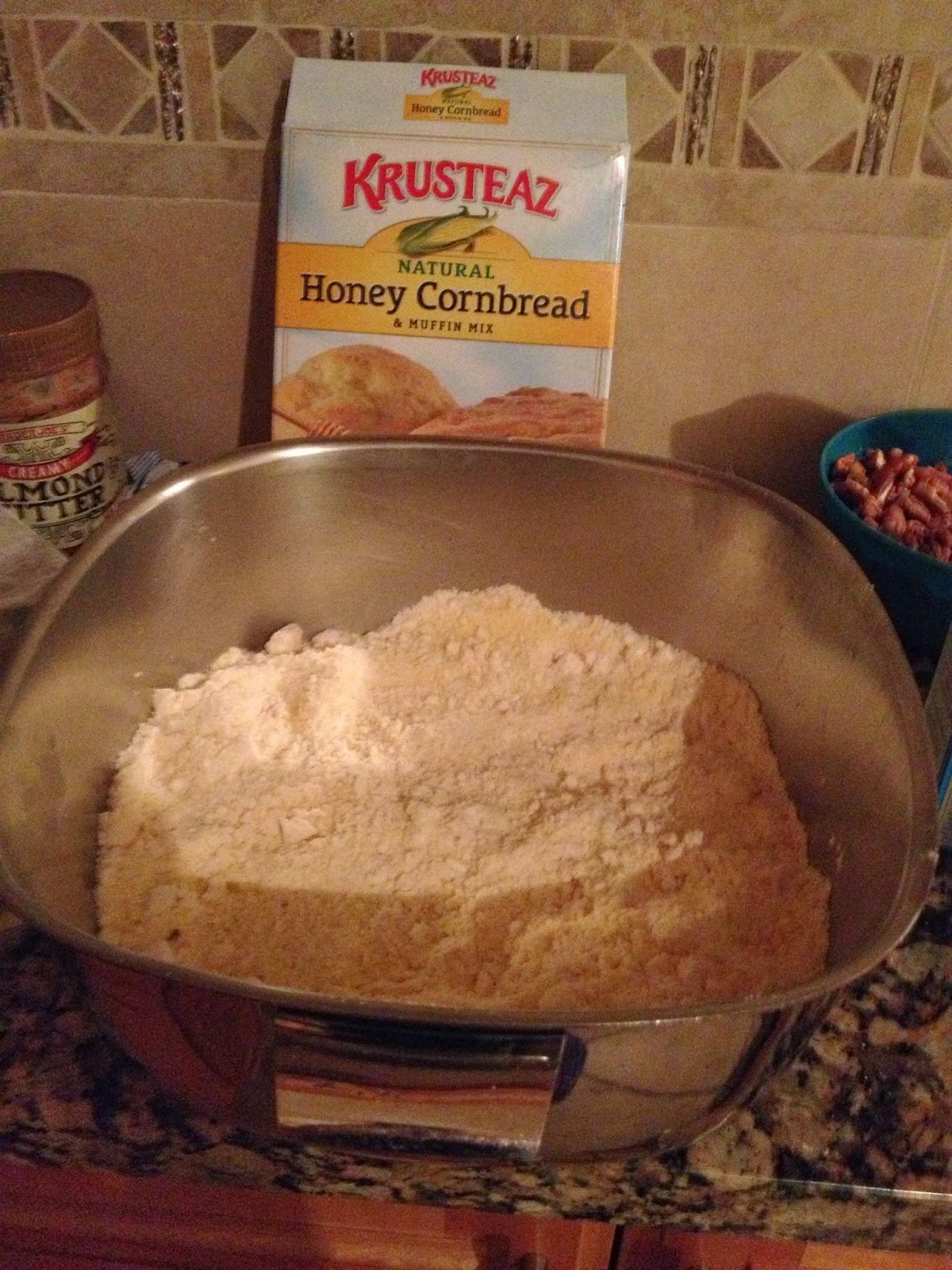 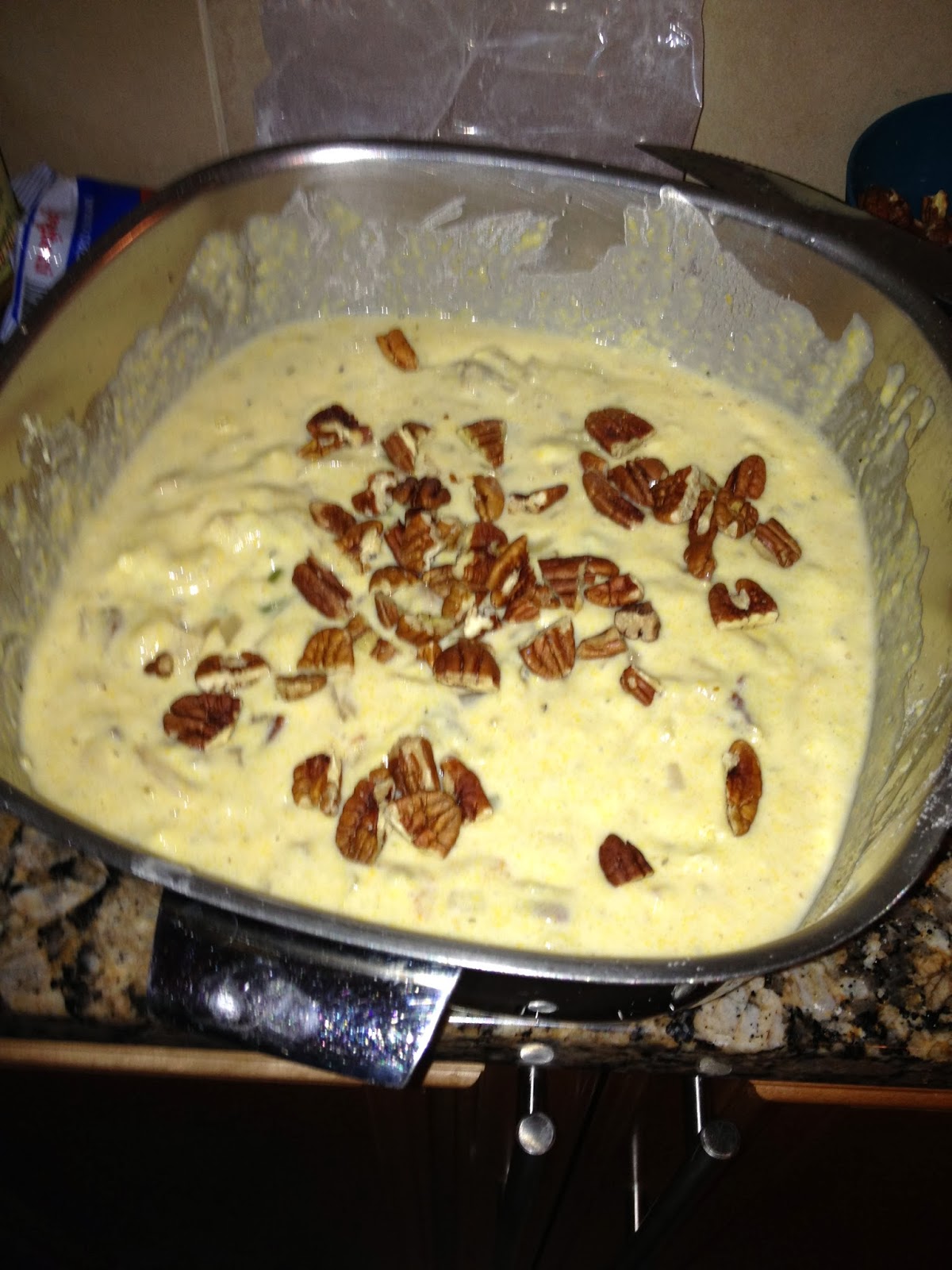 Step 10: Add mix to a 13 by 9 by 2 inch casserole dish. Add butter slices to the top of the casserole and cover with foil. 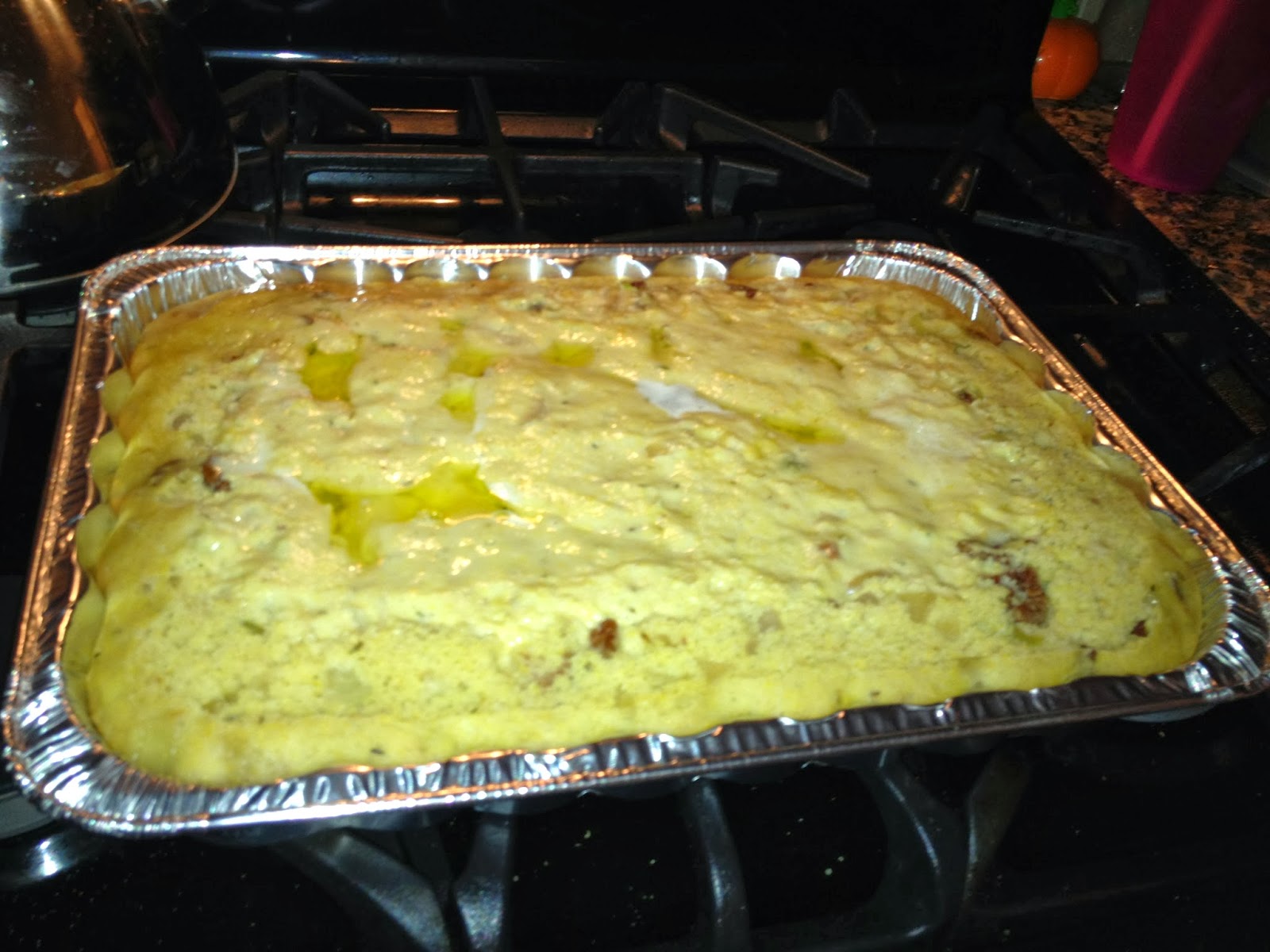 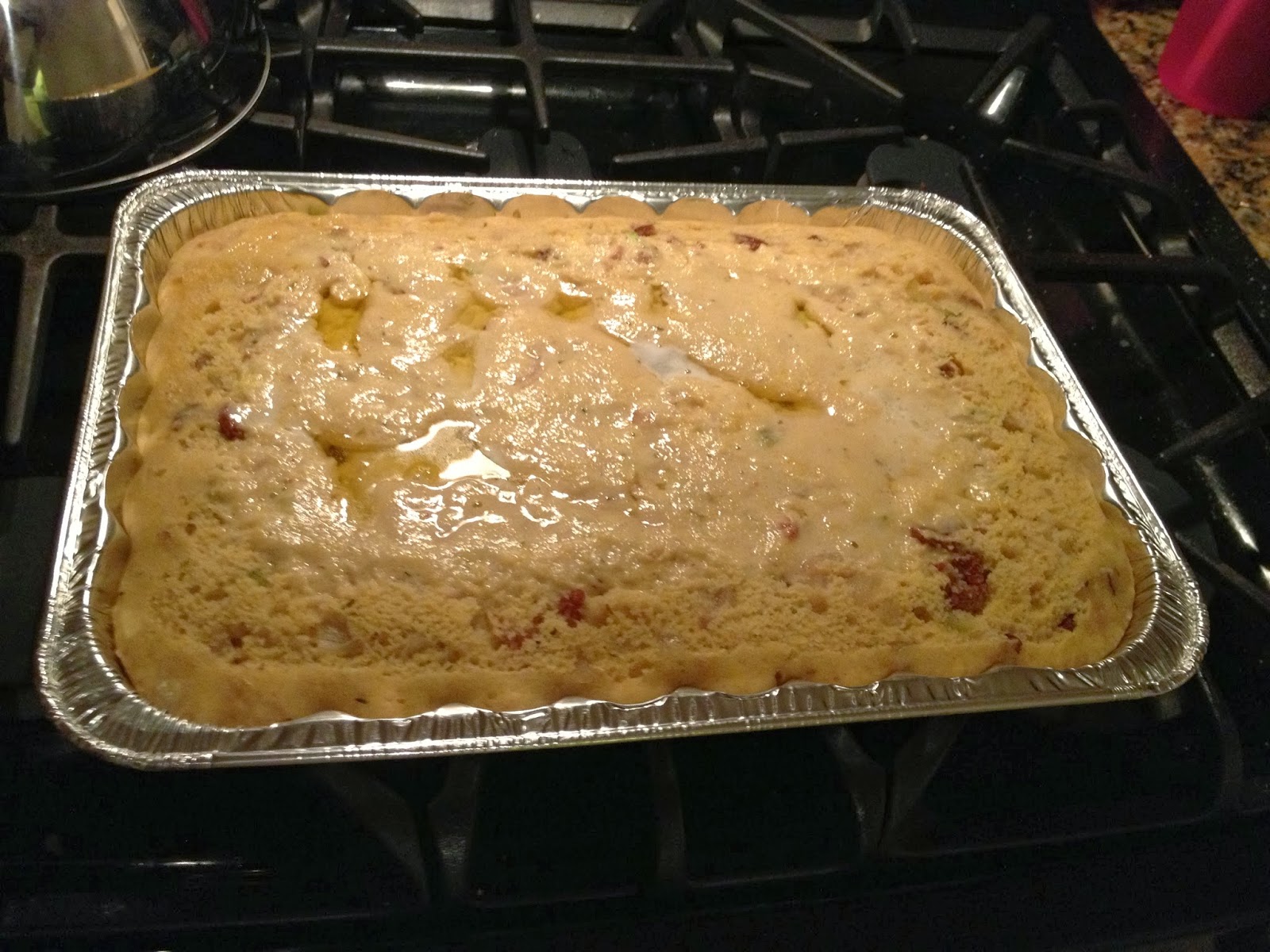 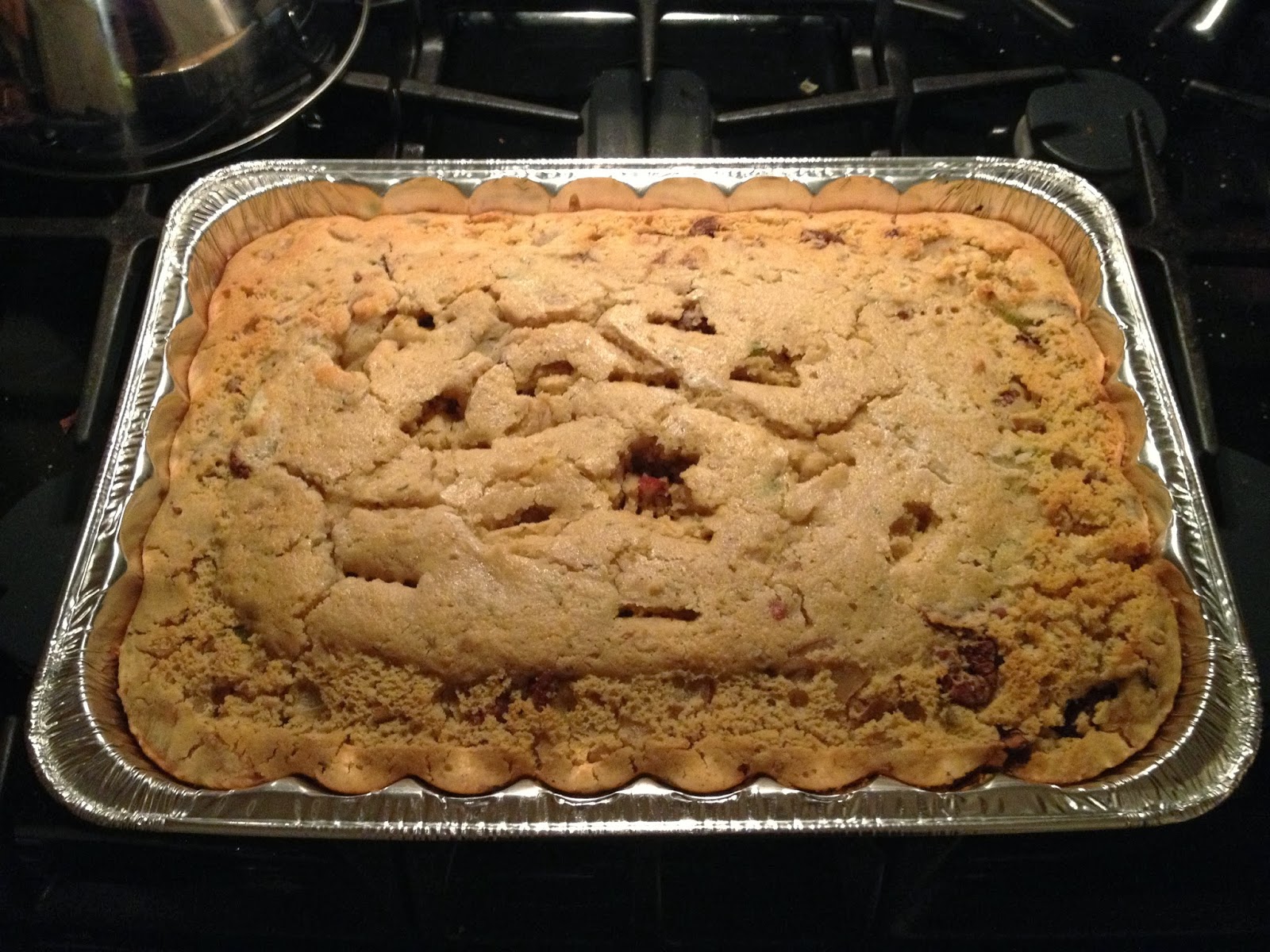 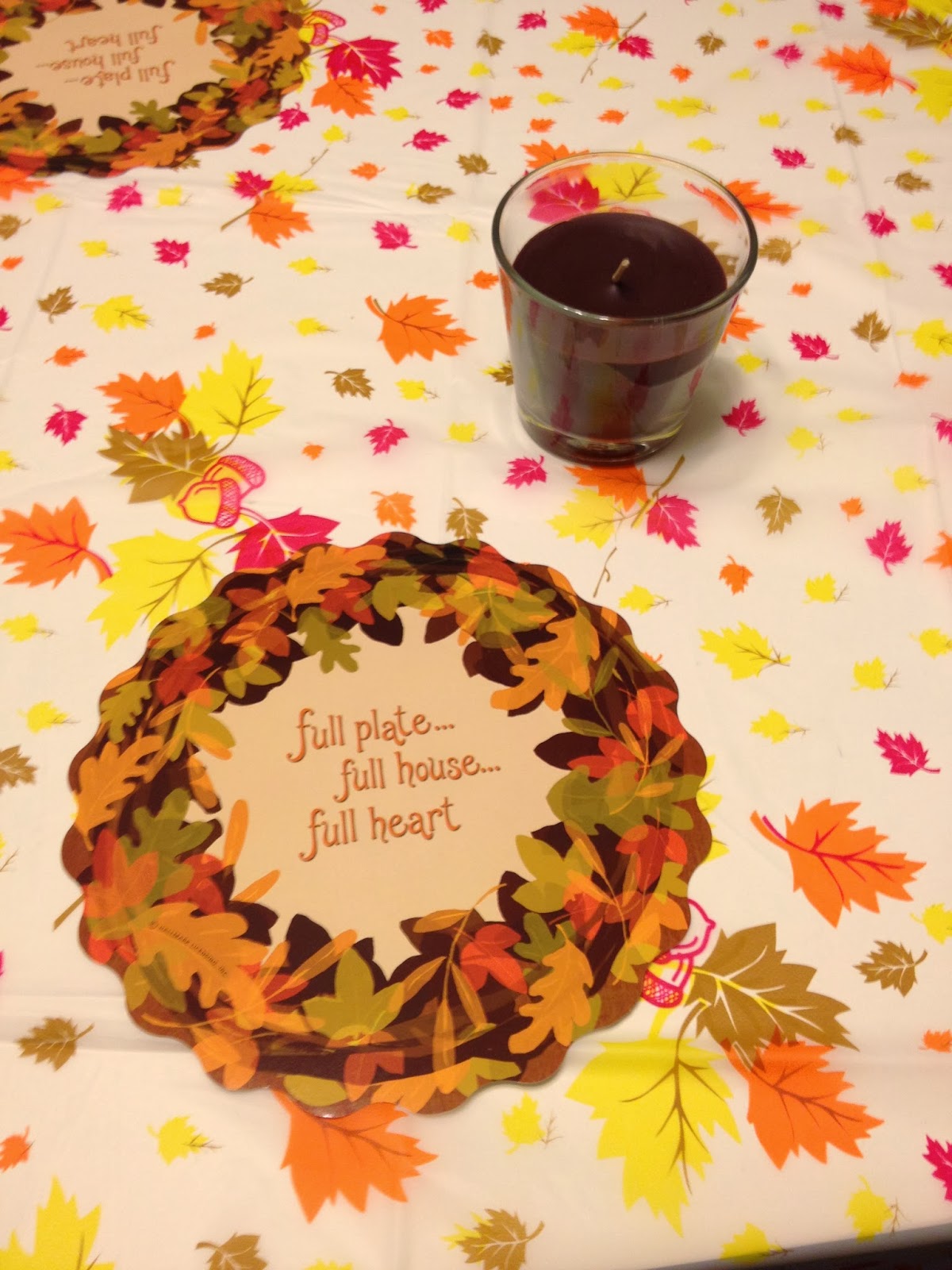 I found the cutest place settings at the party store near my work, and grabbed a candle from my room for some nice decor. My roommate Ronnie found a darling Thanksgiving tablecloth that just happened to go perfectly with the place settings. 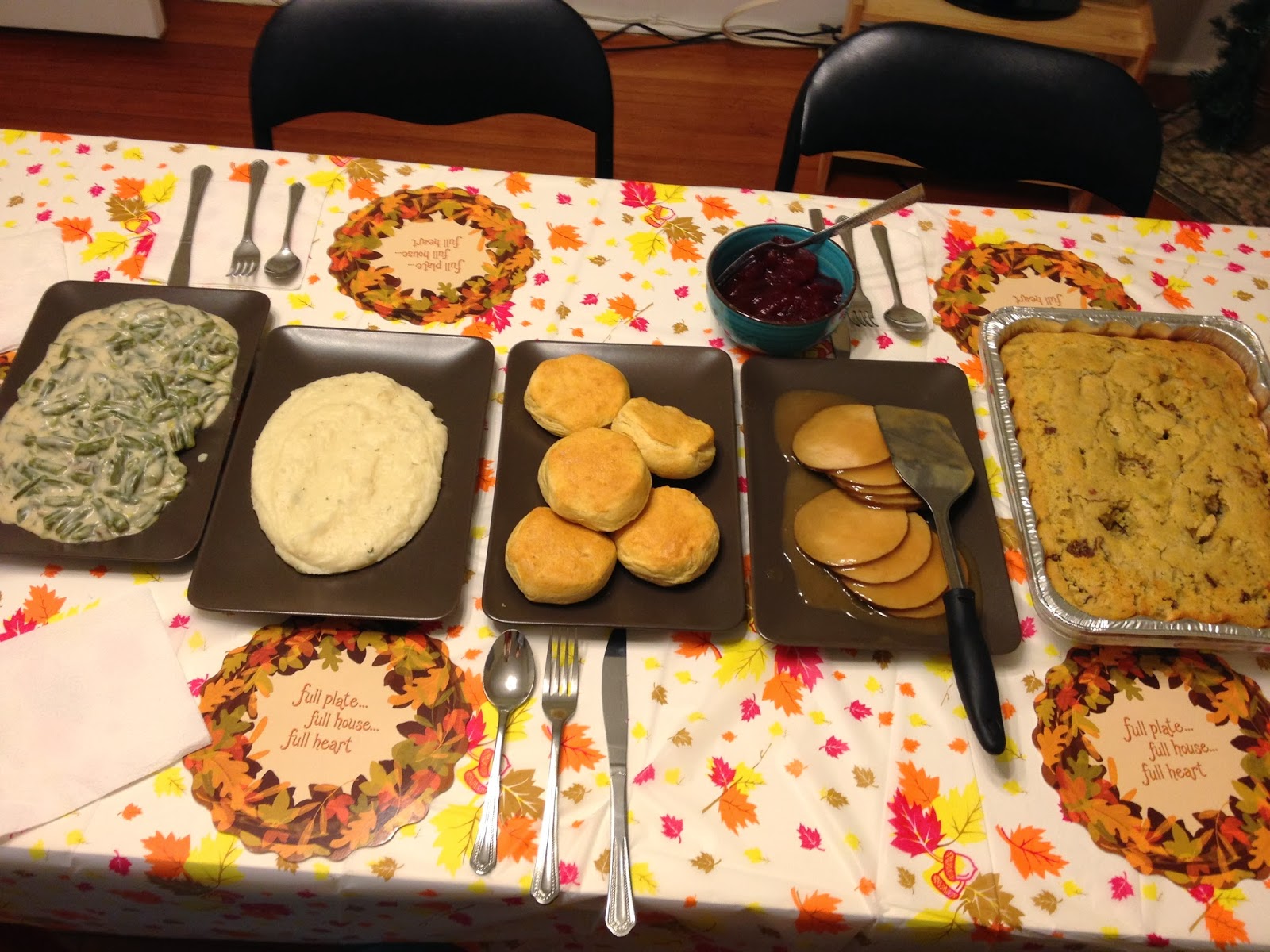 All in all, our Boston Thanksgiving feast was a success. Everyone contributed and we had a great variety of seasonal dishes. From left: green bean casserole, mashed potatoes, biscuits, turkey & gravy, cranberry sauce, cornbread stuffing. 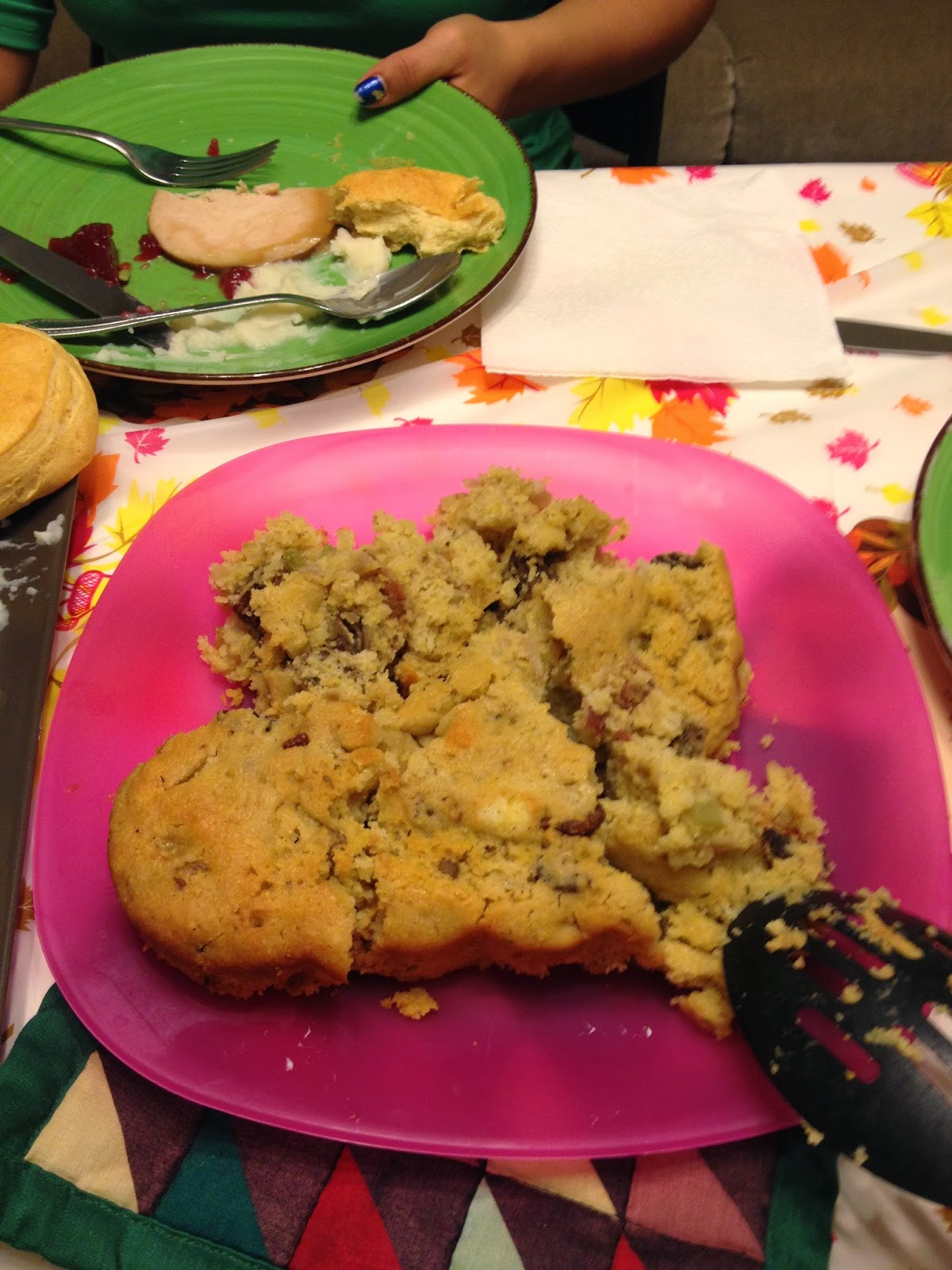 I had so much fun with this recipe and it was a hit at the table. I’m inspired to continue cooking new dishes- at least once a week! I’ll keep you posted of course. Let me know if you have any dishes you’d like to see on here!