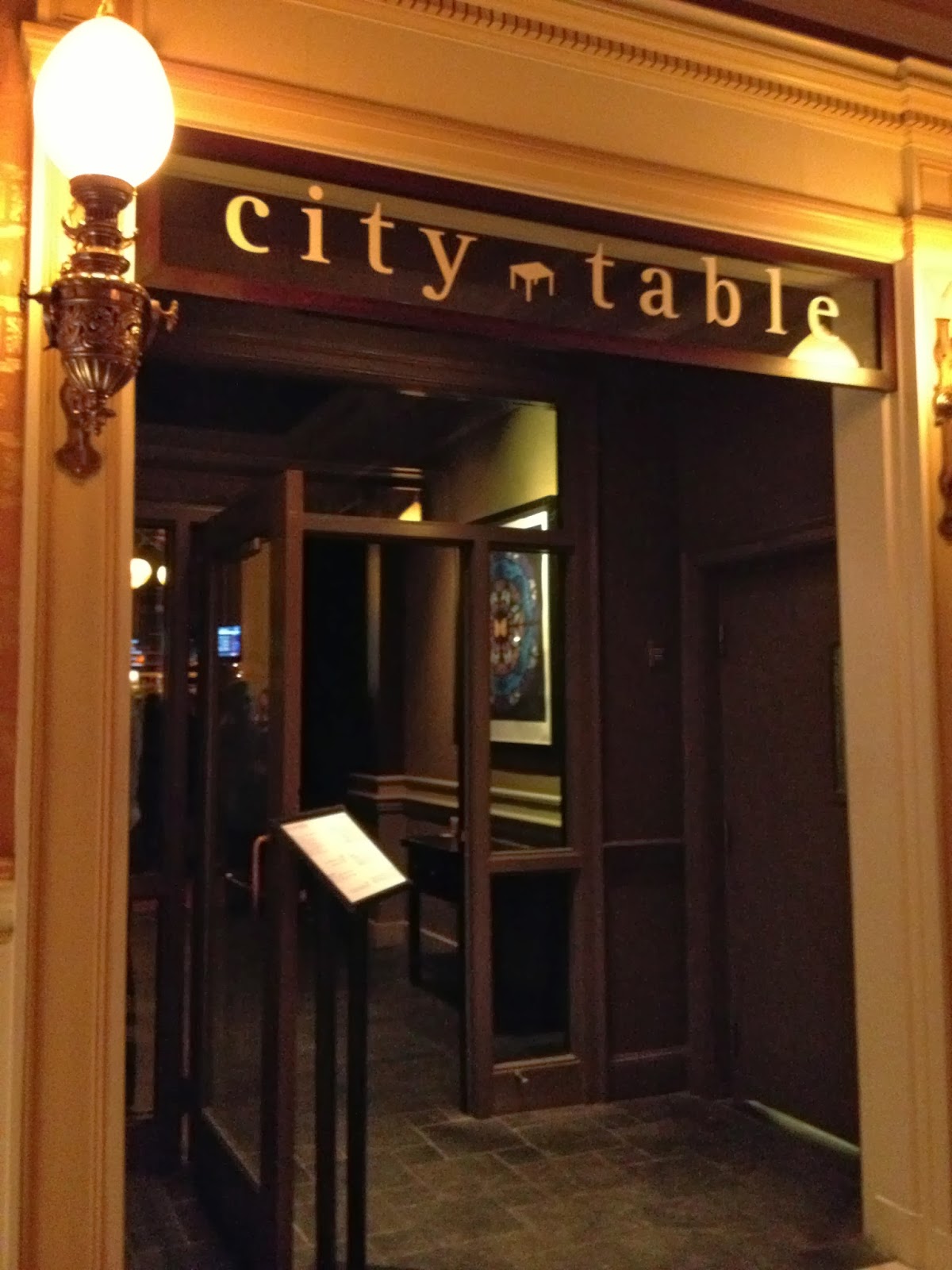 We’re already on our 3rd installment of Boston ABC Dining! For letter C we ventured over to City Table in Boston’s Back Bay. Situated within the Lenox Hotel, City Table definitely has a posh vibe and a focus on American (New) cuisine. 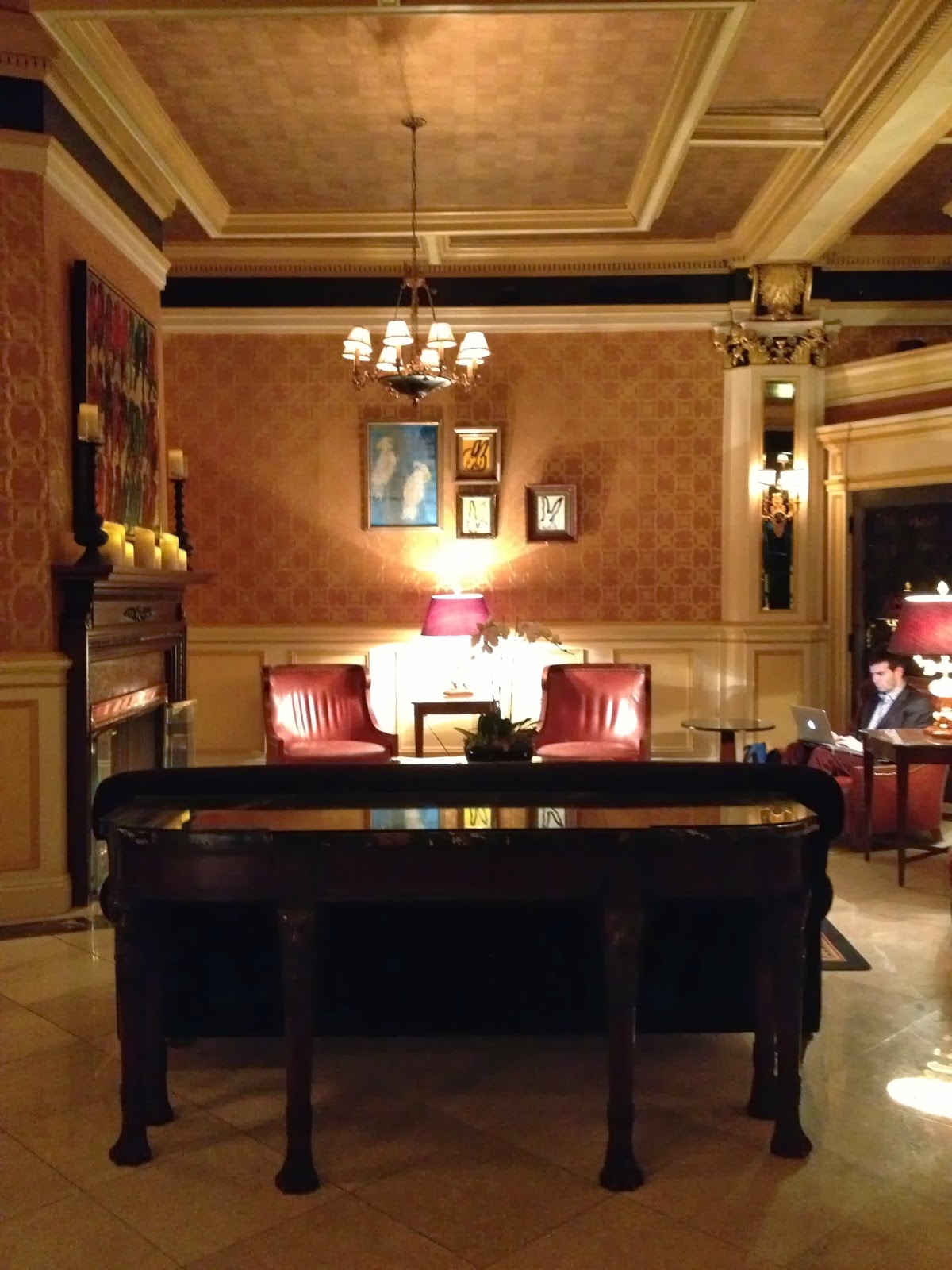 While waiting for your table you can take a seat in the hotel lobby, which is finely decorated with comfy red chairs and soft lighting. 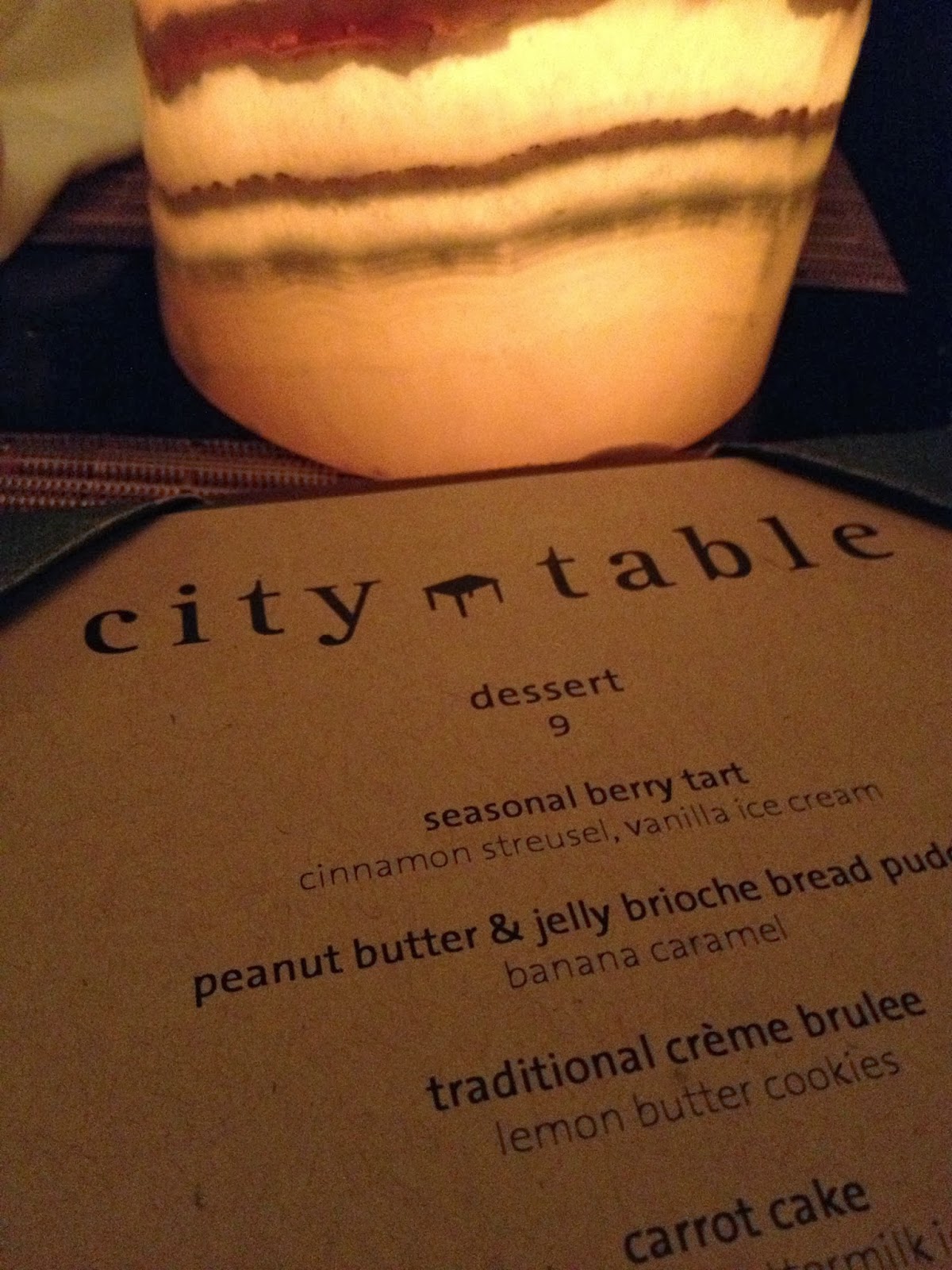 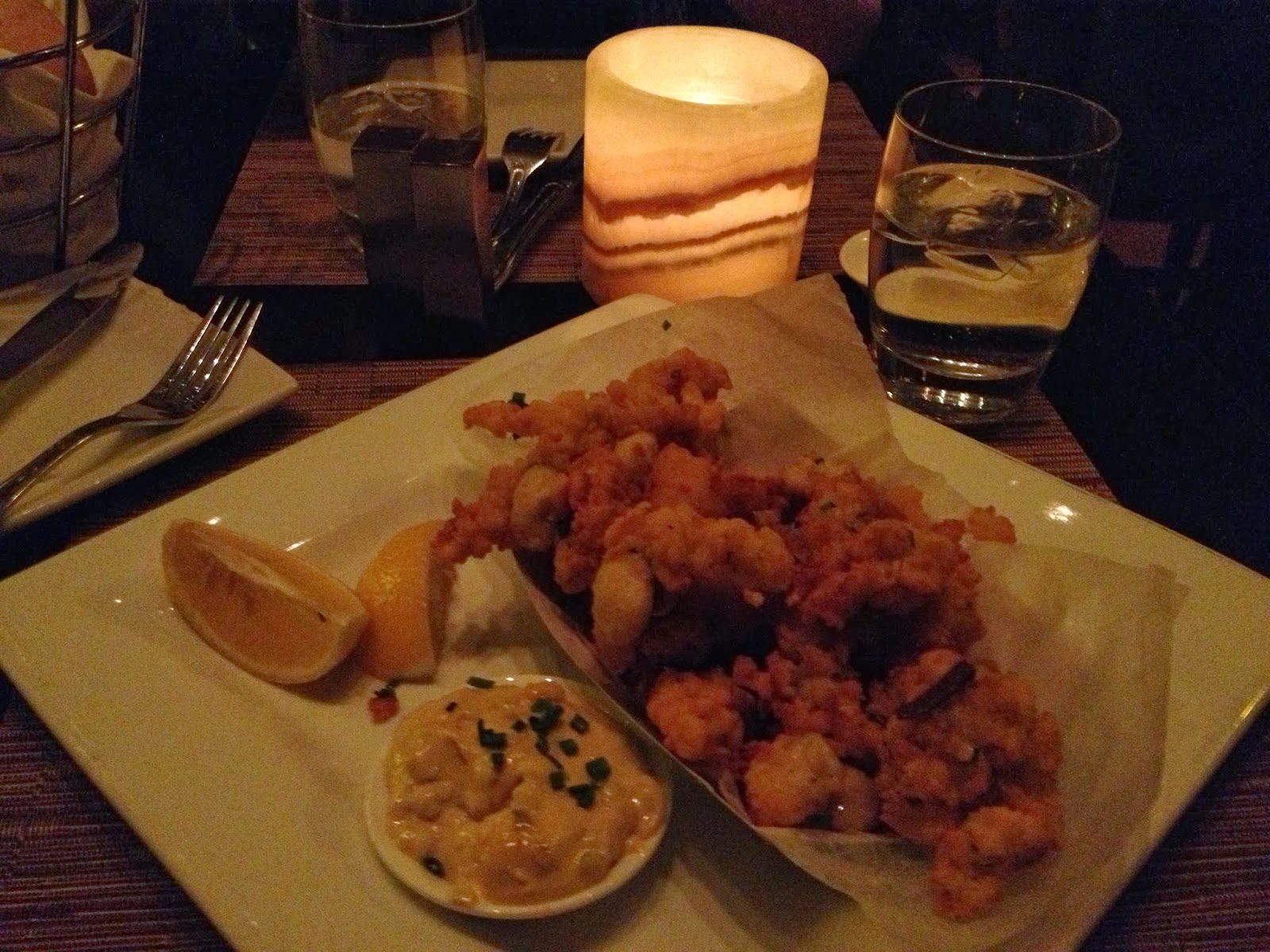 To start, we ordered the Fried Clams. We assumed they would be served like fried oysters often are: in the shell and just a few at a time. The dish came out more closely resembling calamari. It differed from calamari in that it was softer, less chewy, and had more of that ocean taste retained in it.

The fried clams were a fun adventure in the beginning – crunchy on the outside, but soft pillows, almost like cherry tomatoes, on the inside, with a hint of sweet flavor that you don’t find in calamari. However, I found that after the first intriguing bites, it became a little strange. The textures seemed to clash and the dish was just too heavy and greasy for a 2 person appetizer. This would be a better dish to order if you came with a group. 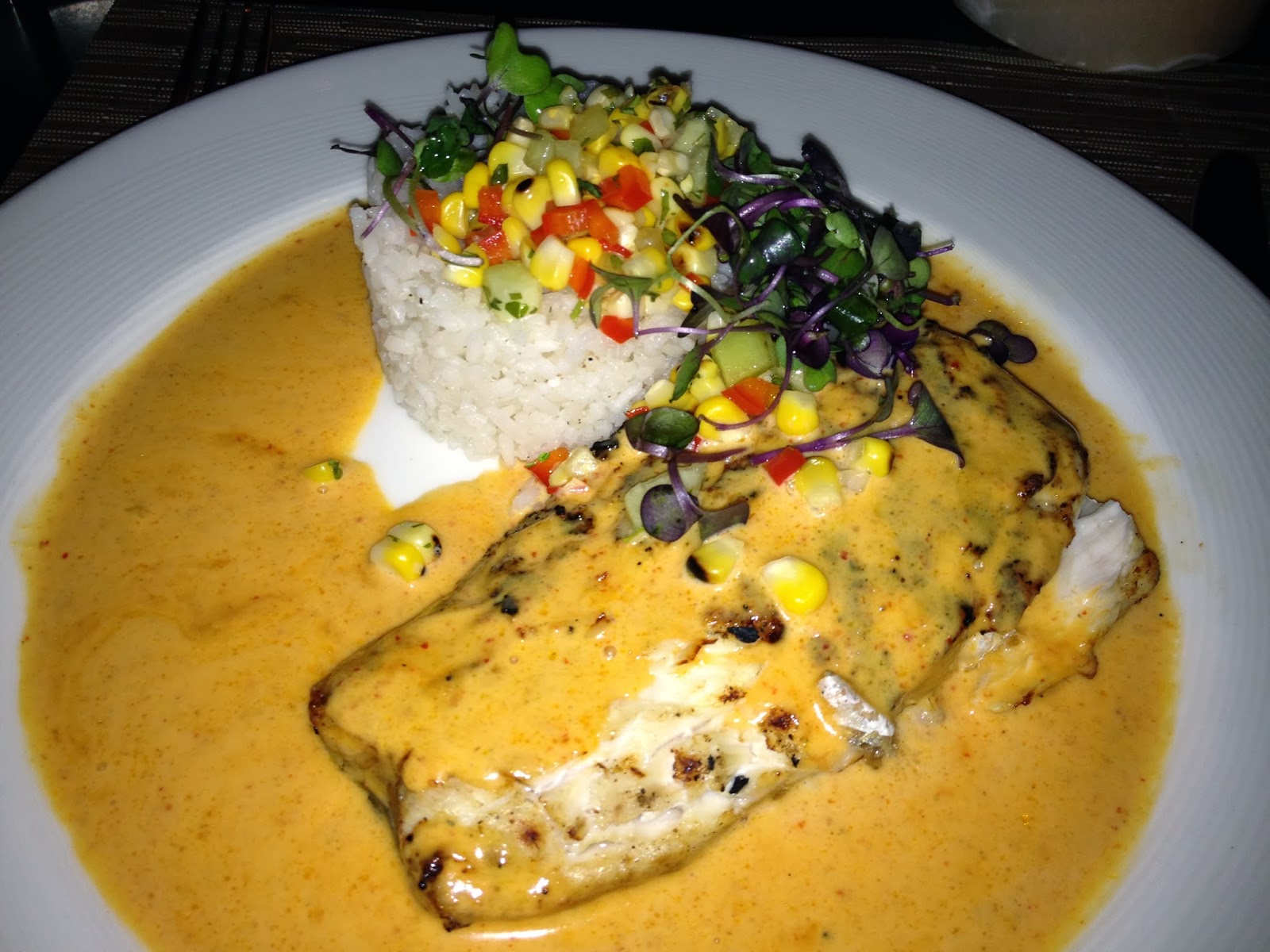 I ordered the Grilled Snapper, topped with thai red curry, coconut rice and corn salsa with honeydew. I really enjoyed this dish. The cod was cooked well, fresh, and nicely complemented by the slight spice of the red curry. The corn salsa was a pop of bright, cool flavors that offset the spice and brought out the fresh fish. The sticky rice was a perfect solid base to bring all the flavors together. 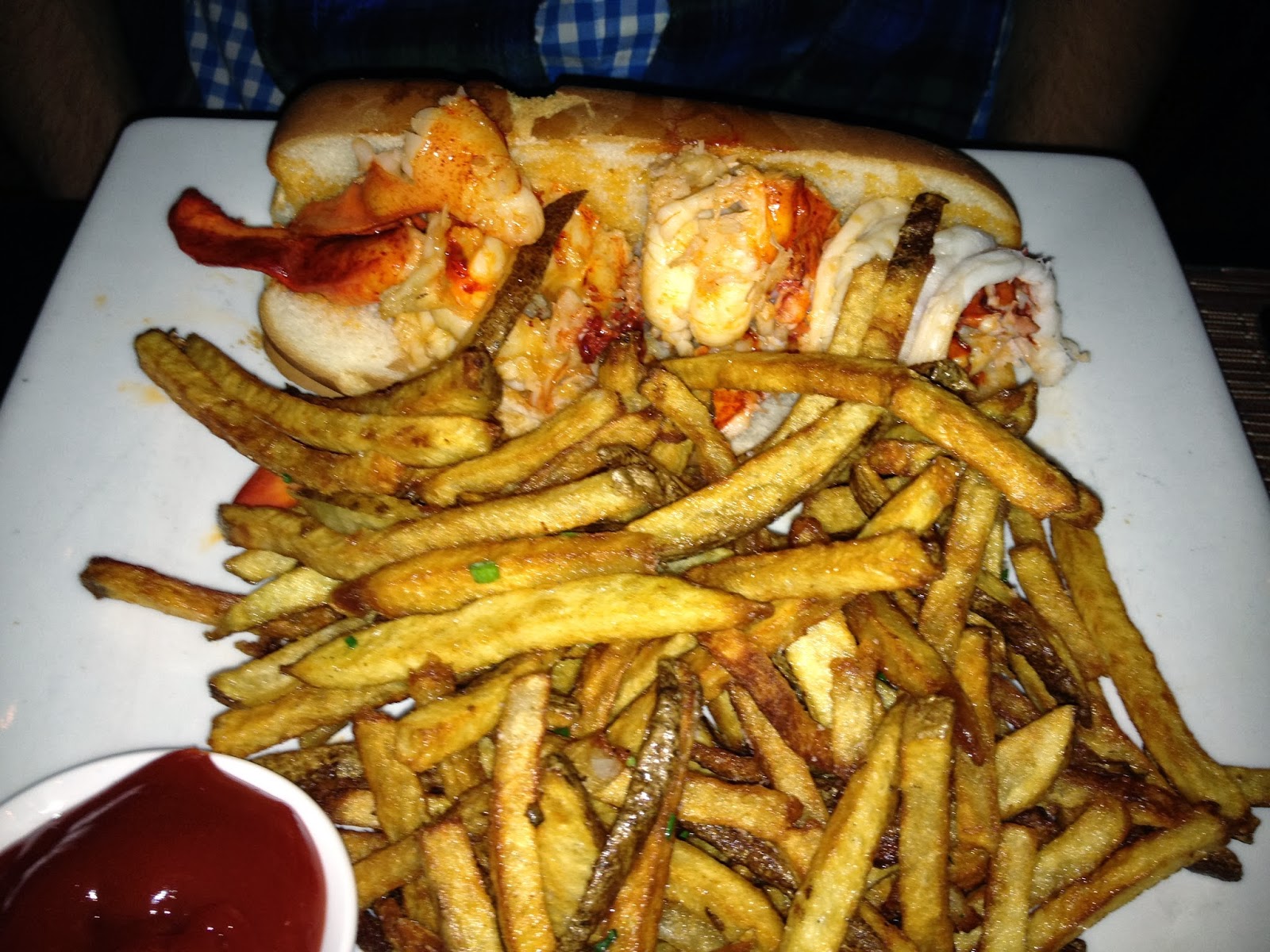 Nick ordered this -gigantic- Lobster Roll. Seasoned with nothing but butter, the lobster was huge and meaty but relatively bland in flavor. It didn’t have the ocean taste I’ve come to associate with seafood, but maybe that’s just how lobster is. I’ll have to keep exploring this new strange world of lobster rolls before I make any rash decisions.

We had a great time at City Table. The service was a delight – our waiter came back a second time to make sure he gave Nick the right drink recommendation, our water glasses were always full, and the food came out in a timely manner. I would say the only real drawback was that the appetizer seemed to be meant for more people. We really wanted dessert but just couldn’t fit any more food in!

City Table seems to be the perfect Boston restaurant for a date night, birthday or celebration dinner – everyone was dressed to the nines and seemed excited to be there. All in all, I would recommend City Table if you’re in the mood for a nice night out.