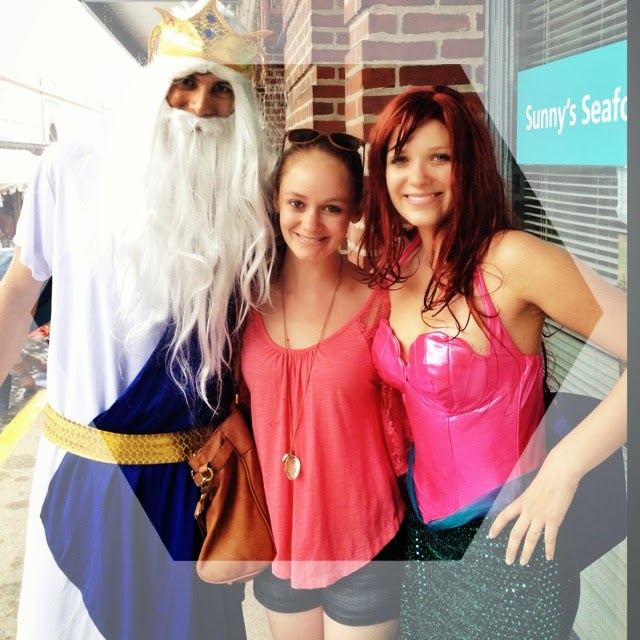 Boston in the summer is like living on a permanent vacation.
There is never a shortage of fun festivities, especially on the weekends. I
spent this past weekend in the Seaport district, exploring the many wonders of
the Boston Seafood Festival. I even ran into Ariel and King Trident during my
adventures! 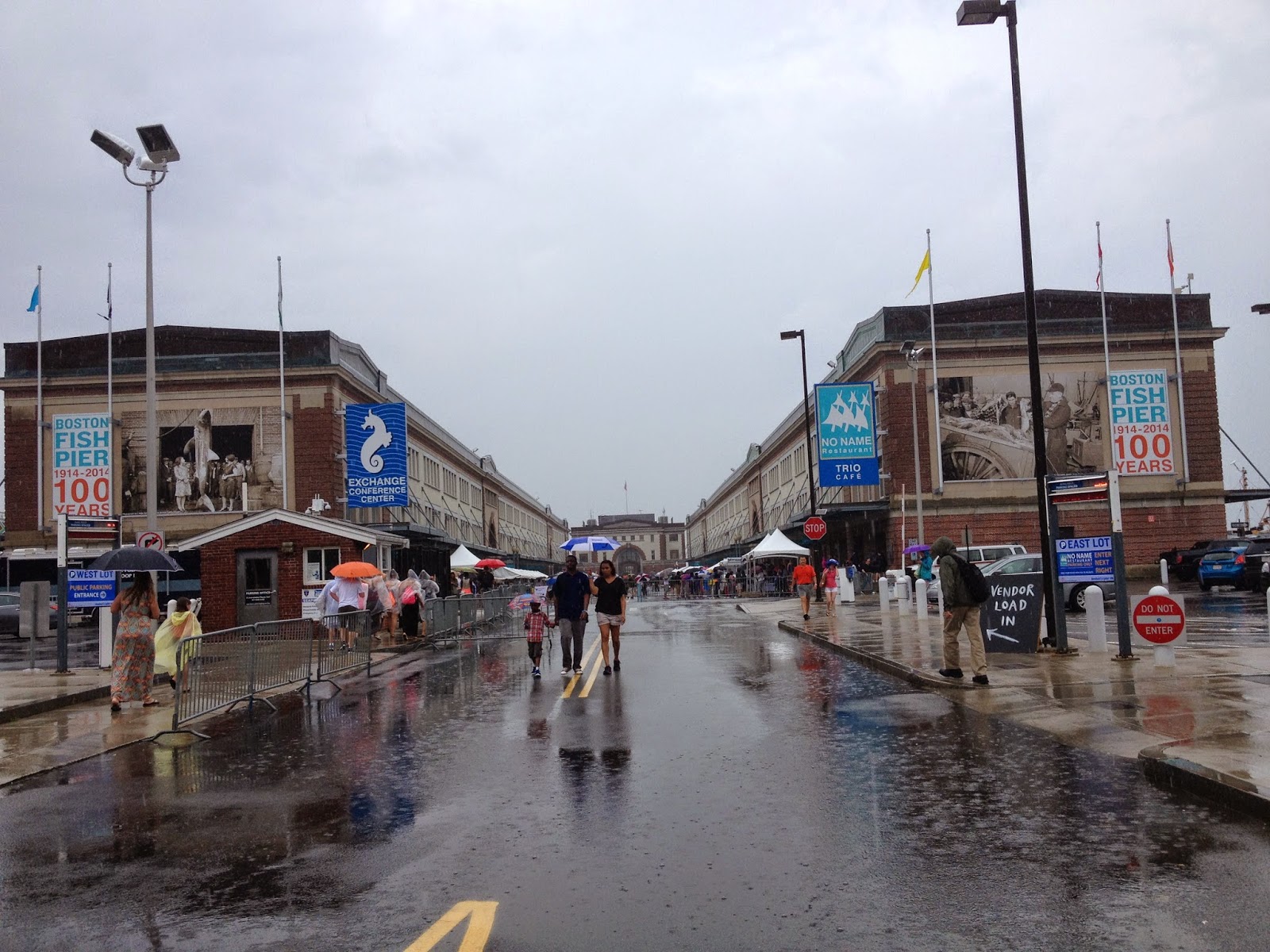 It may have been raining cats and dogs (and fish), but the
weather never stops Bostonians from having a good time. There were a ton of
people at the festival, which marks the Boston Fish Pier’s 100th
anniversary (1914-2014). 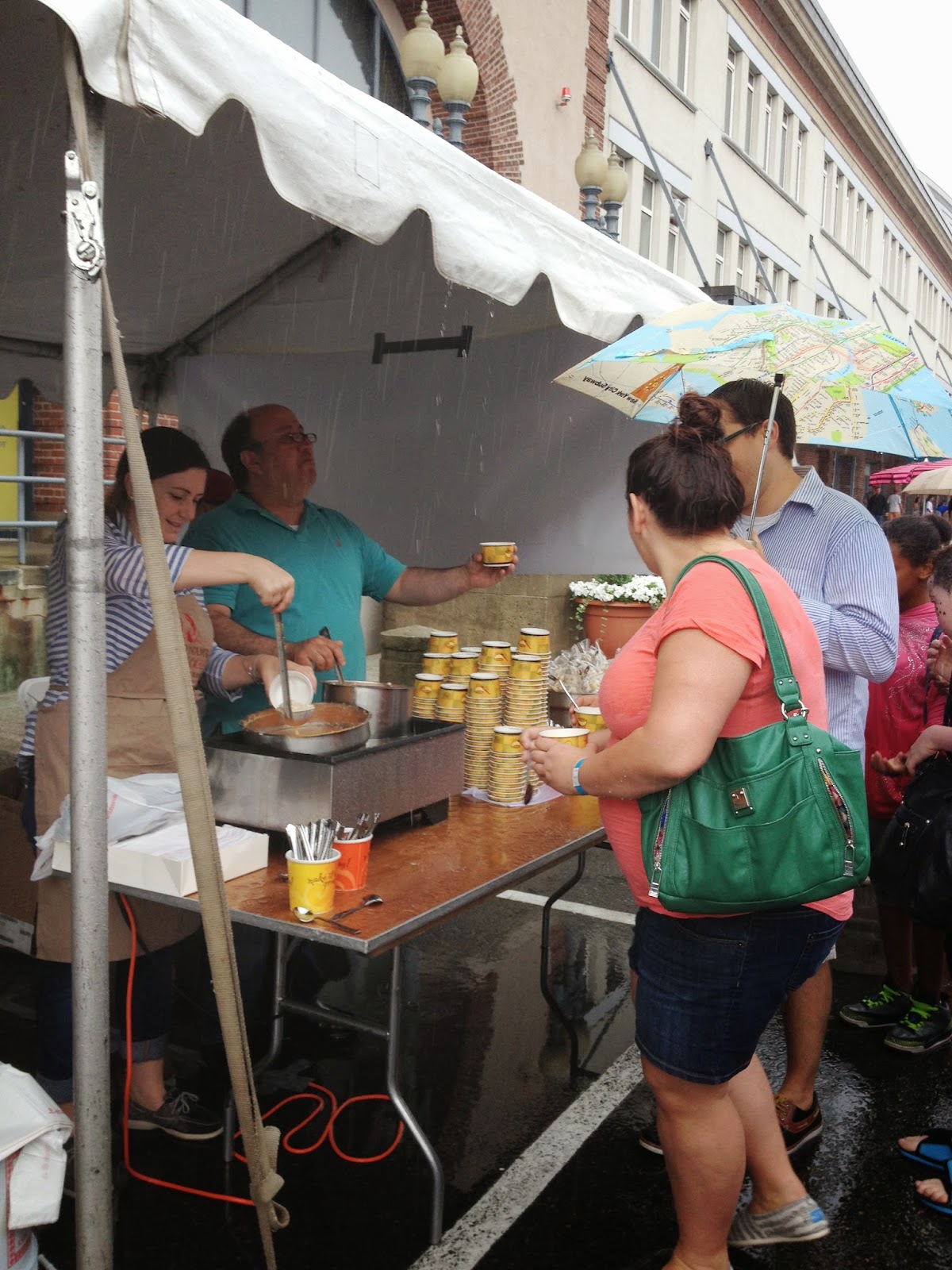 Our first stop was the tent of No Name Restaurant, who was
giving out free samples of their clam chowder: 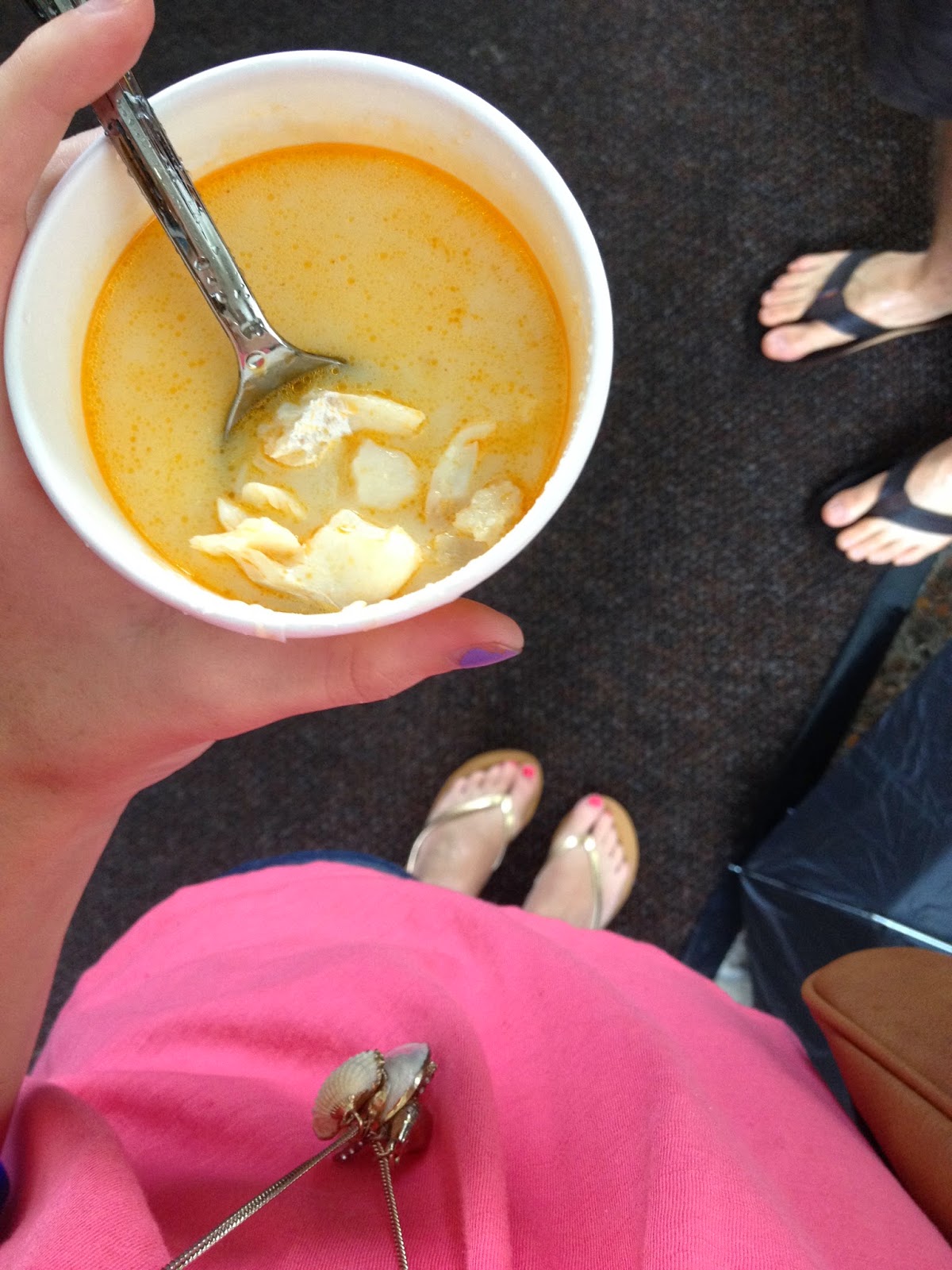 The chowder was
absolutely packed with hearty and delicious fish. It was the perfect snack on a
rainy day. No wonder No Name Restaurant has been on these piers for 97 years –
they know chowder! 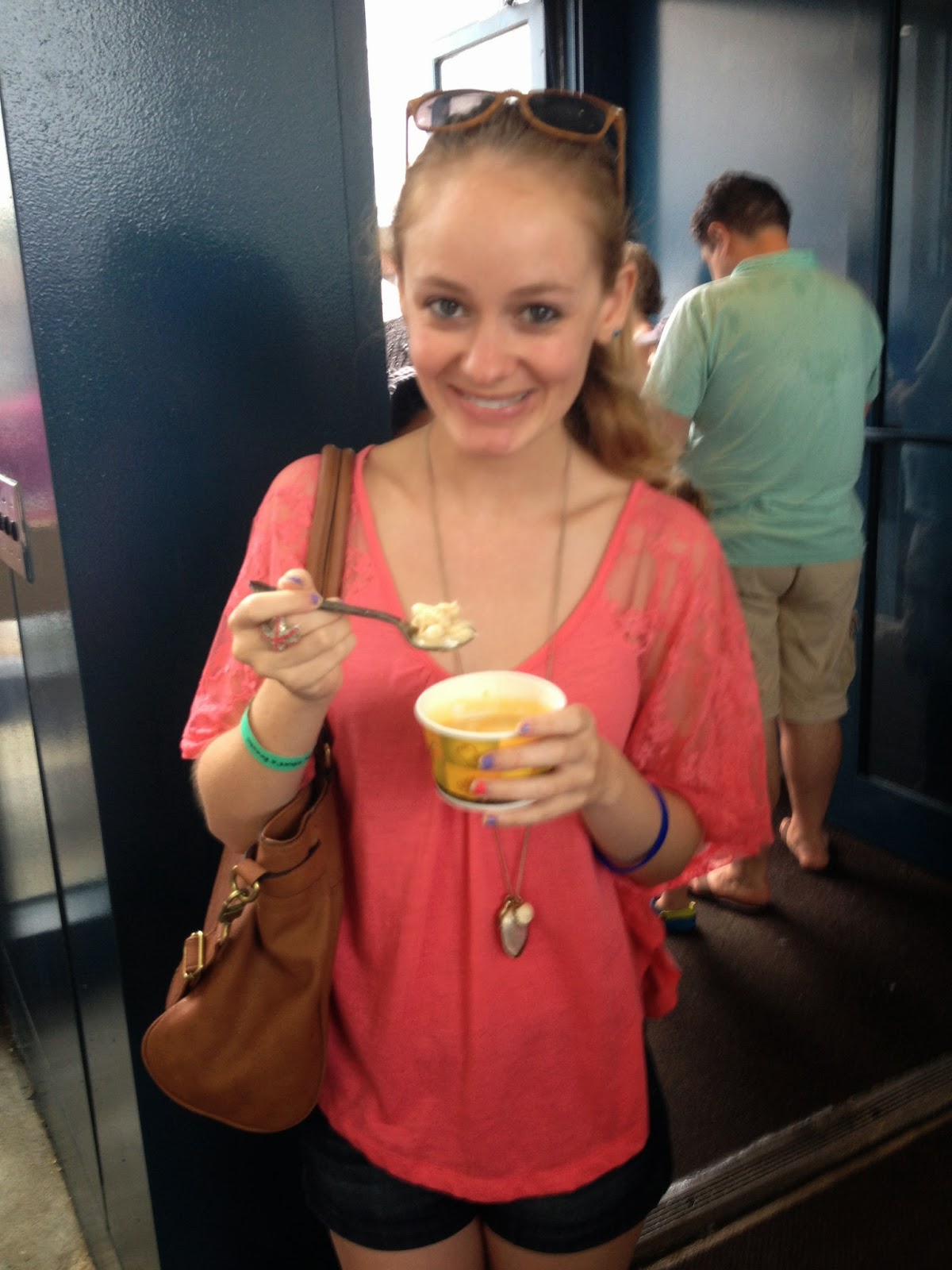 Me, clearly way too
excited by the chowder. 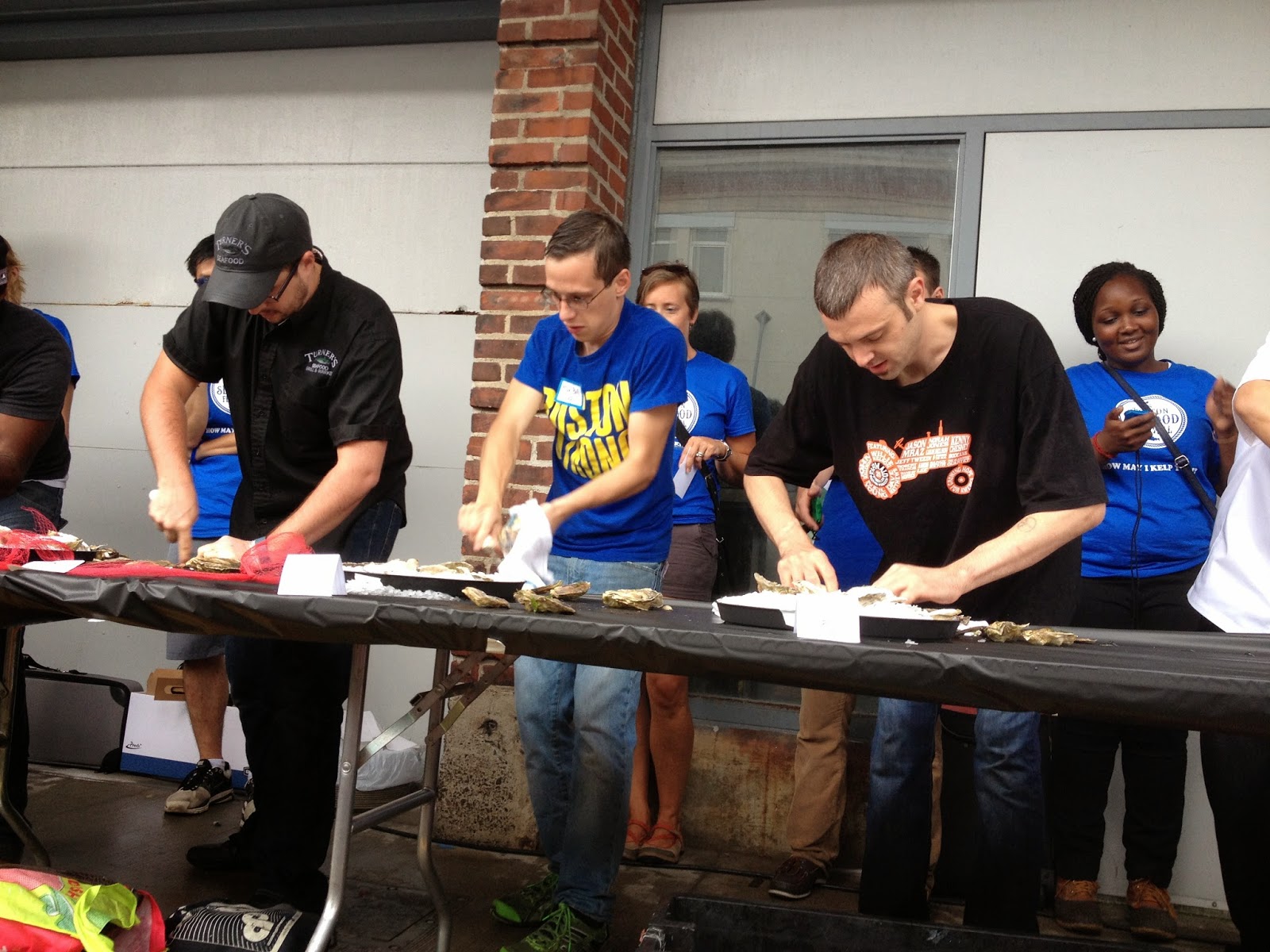 Next, we bore witness to an oyster shucking contest! The
“Battle of the Shuckers” was an exciting and intense event. Everyone at the
festival gathered around to see oyster shells go flying and fishermen crack
down on their platters. 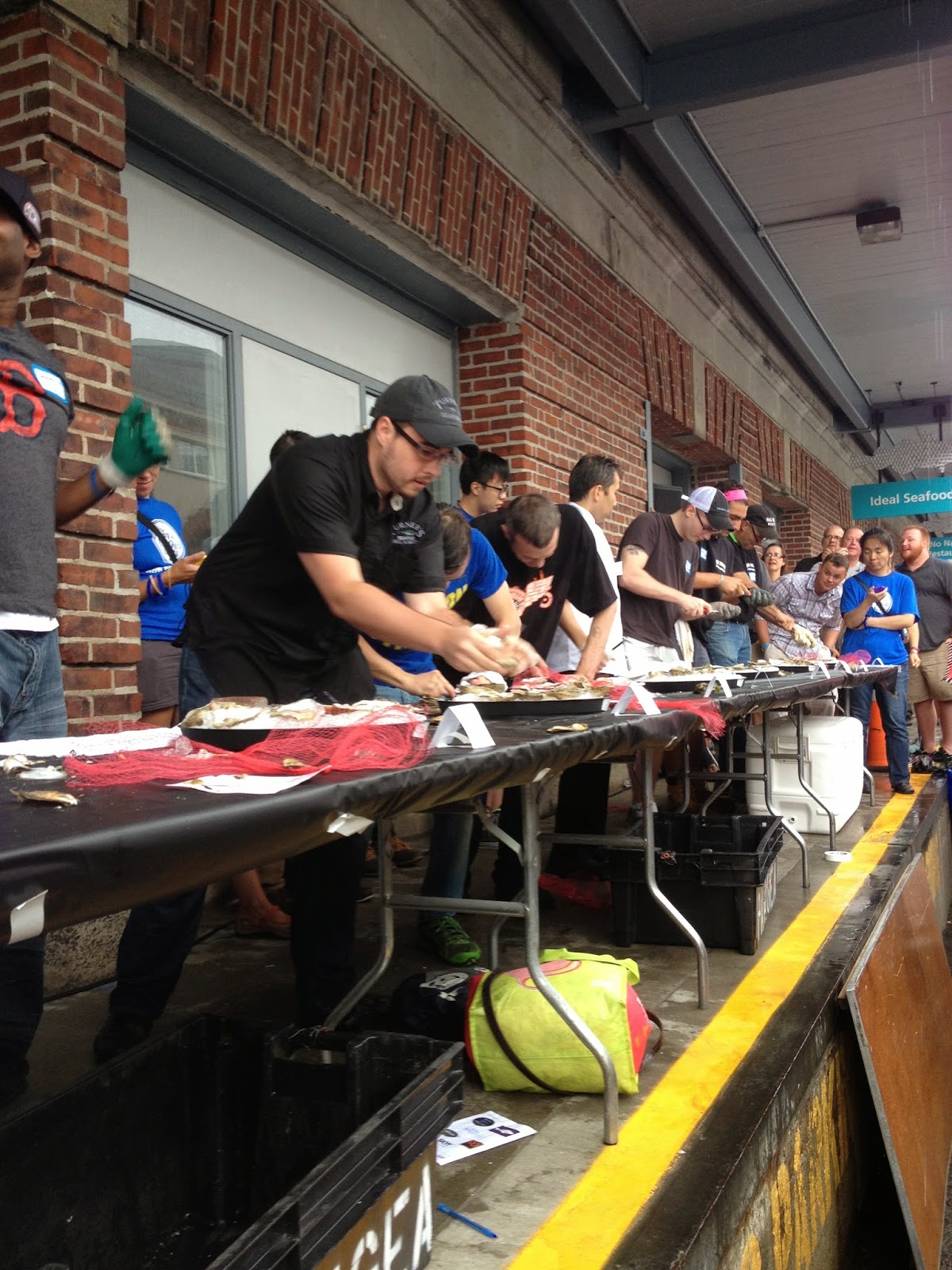 After the first heat,
the Battle of the Shuckers took a break, and we began exploring the tents
again. We’ll never forget what we saw in the Massachusetts Lobstermen’s
Association tent: 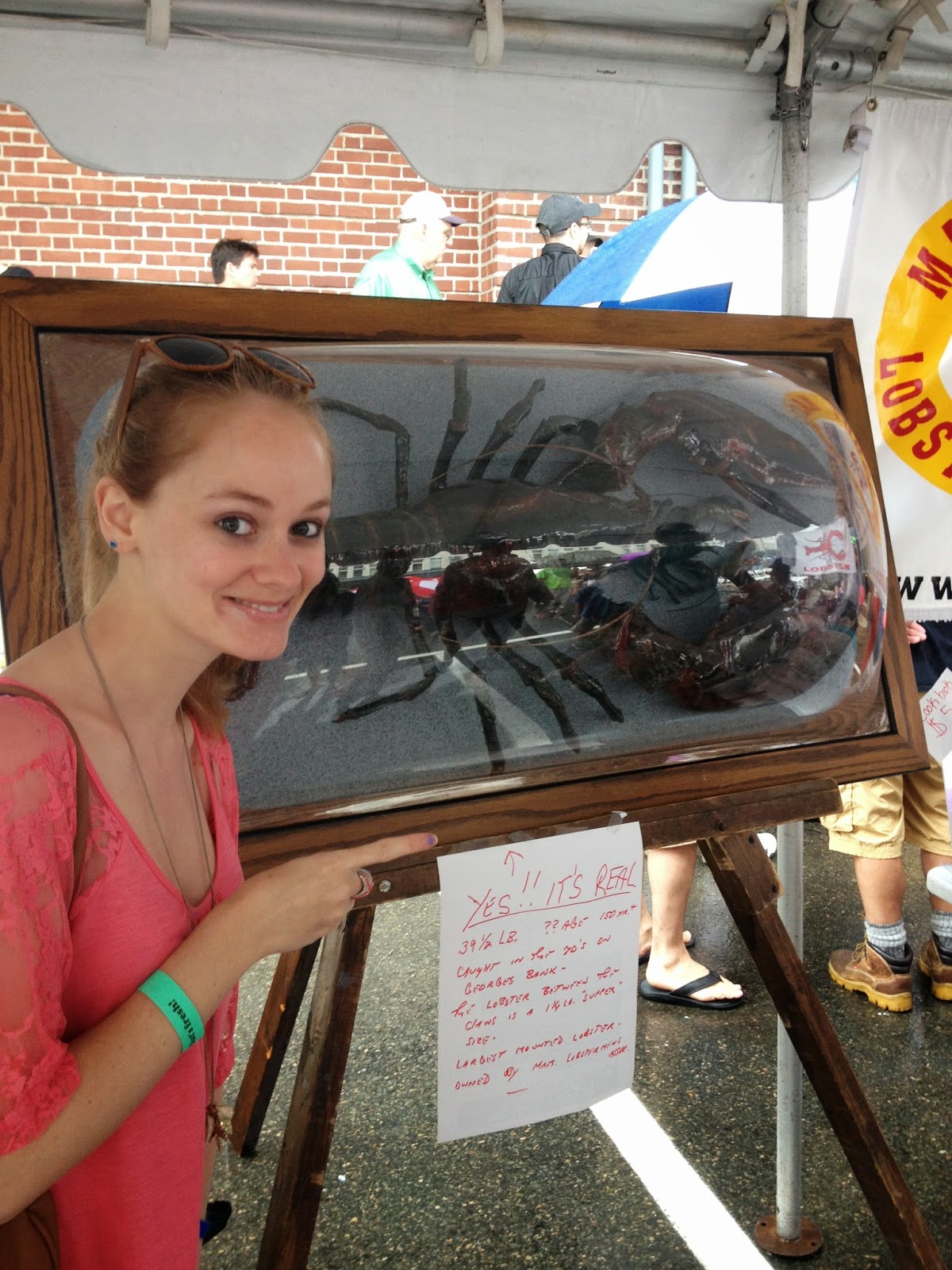 Yes, that’s a REAL
(though not living), lobster. 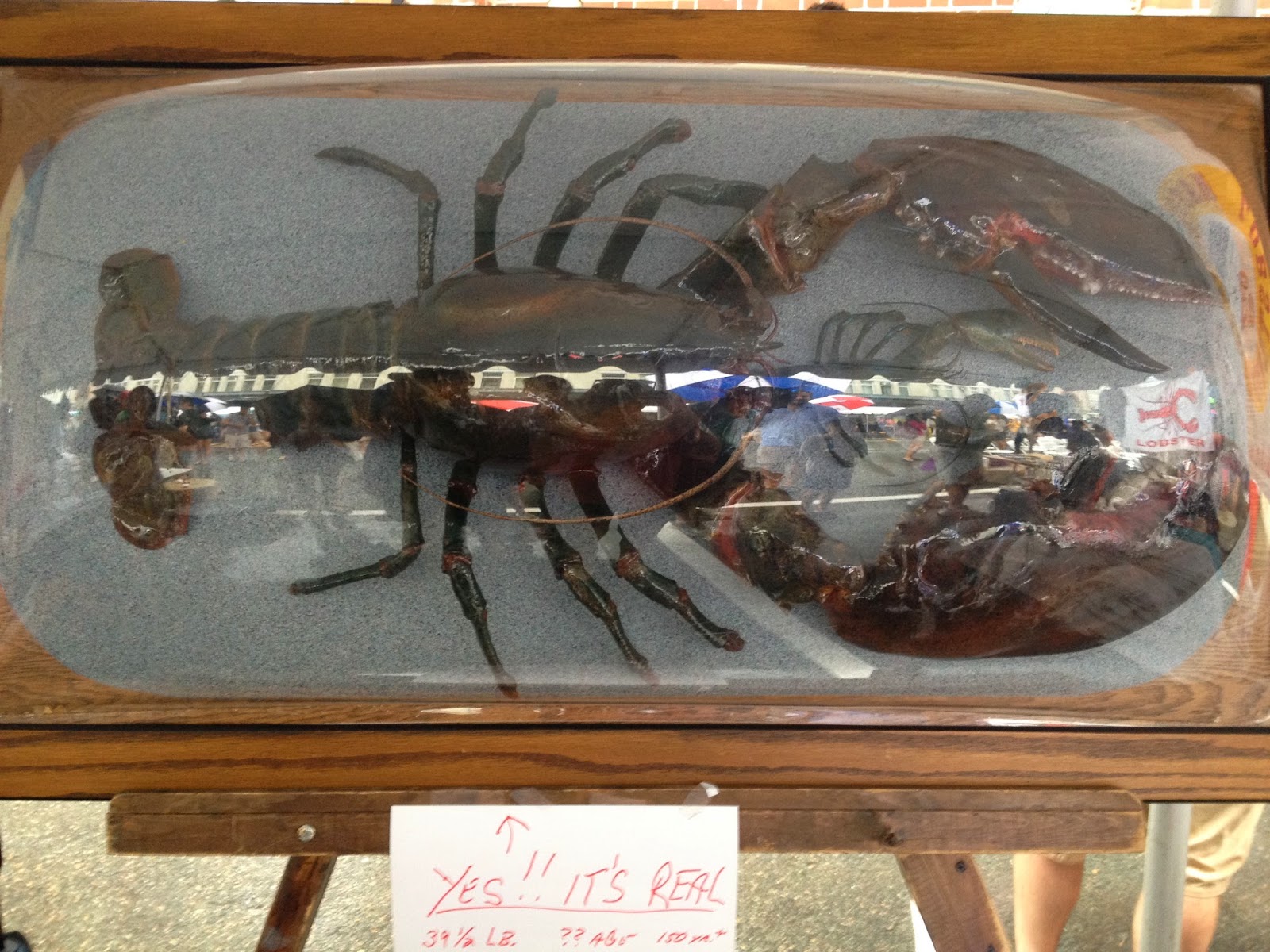 See the little
lobster in front? That’s a normal lobster for scale. The sign reads:

Wow. Just wow. Can
you imagine that thing swimming next to you in the ocean?! I saw this as a
great reminder of what nature is capable of. So amazing! 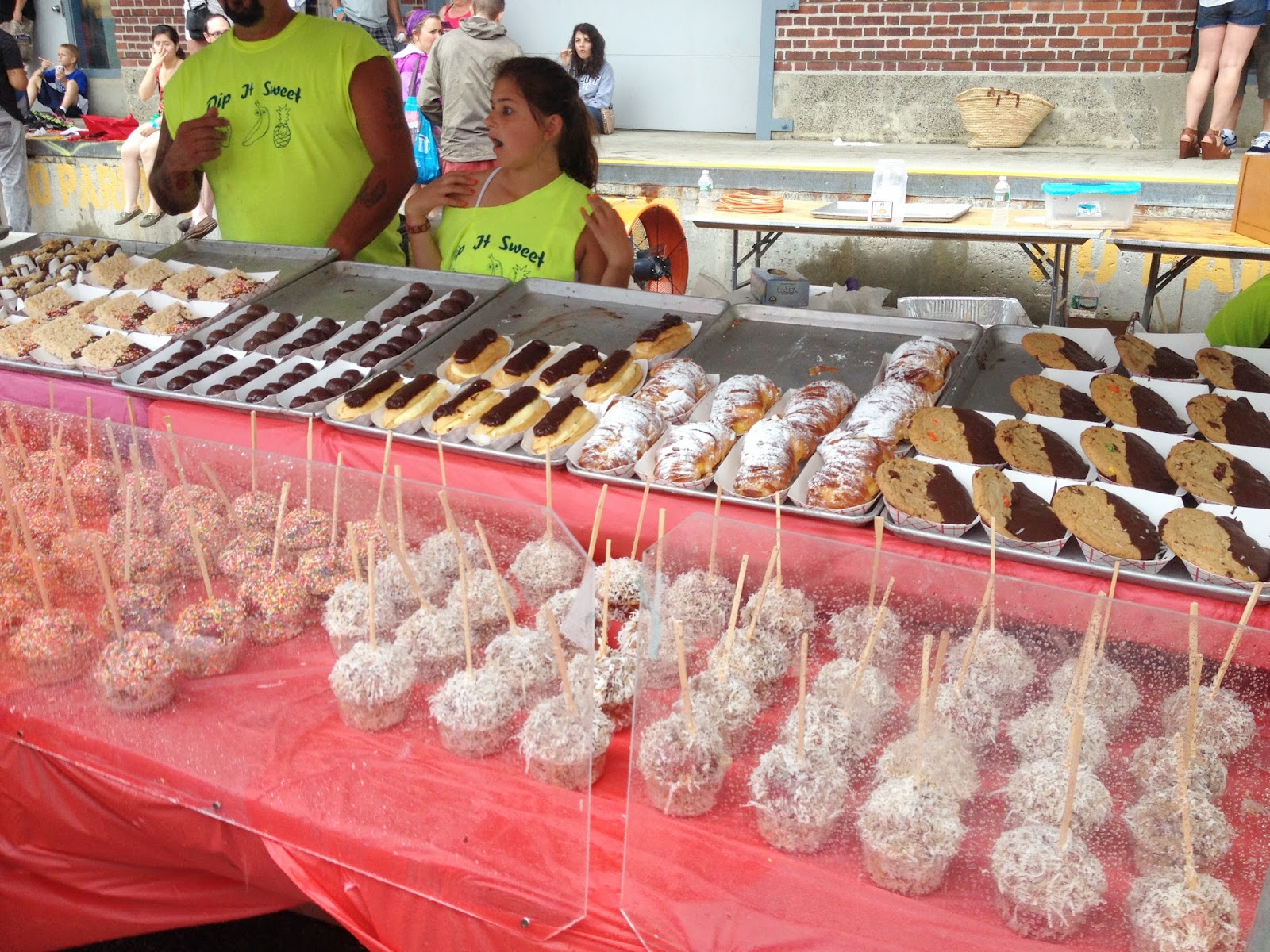 The “Dip it Sweet”
tent was probably my favorite (since I have the biggest sweet tooth around)!
They had pretty much everything you could think of dipped in chocolate, from
giant cookies, éclairs, bananas and strawberries. This picture only shows about
half the tent! Pure heaven. 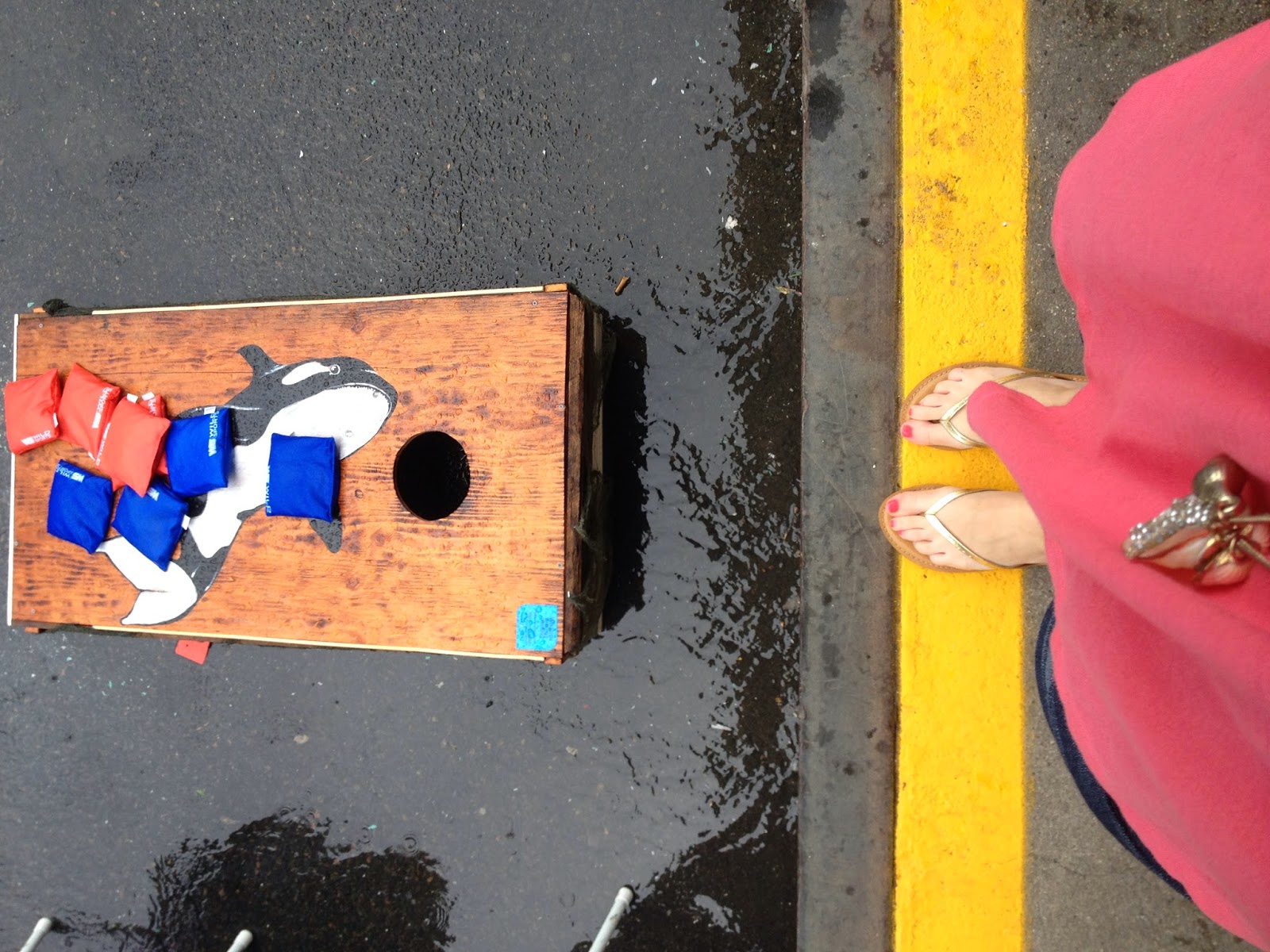 They had fun games
for kids, like this under-the-sea themed corn hole set that I was obsessed
with! 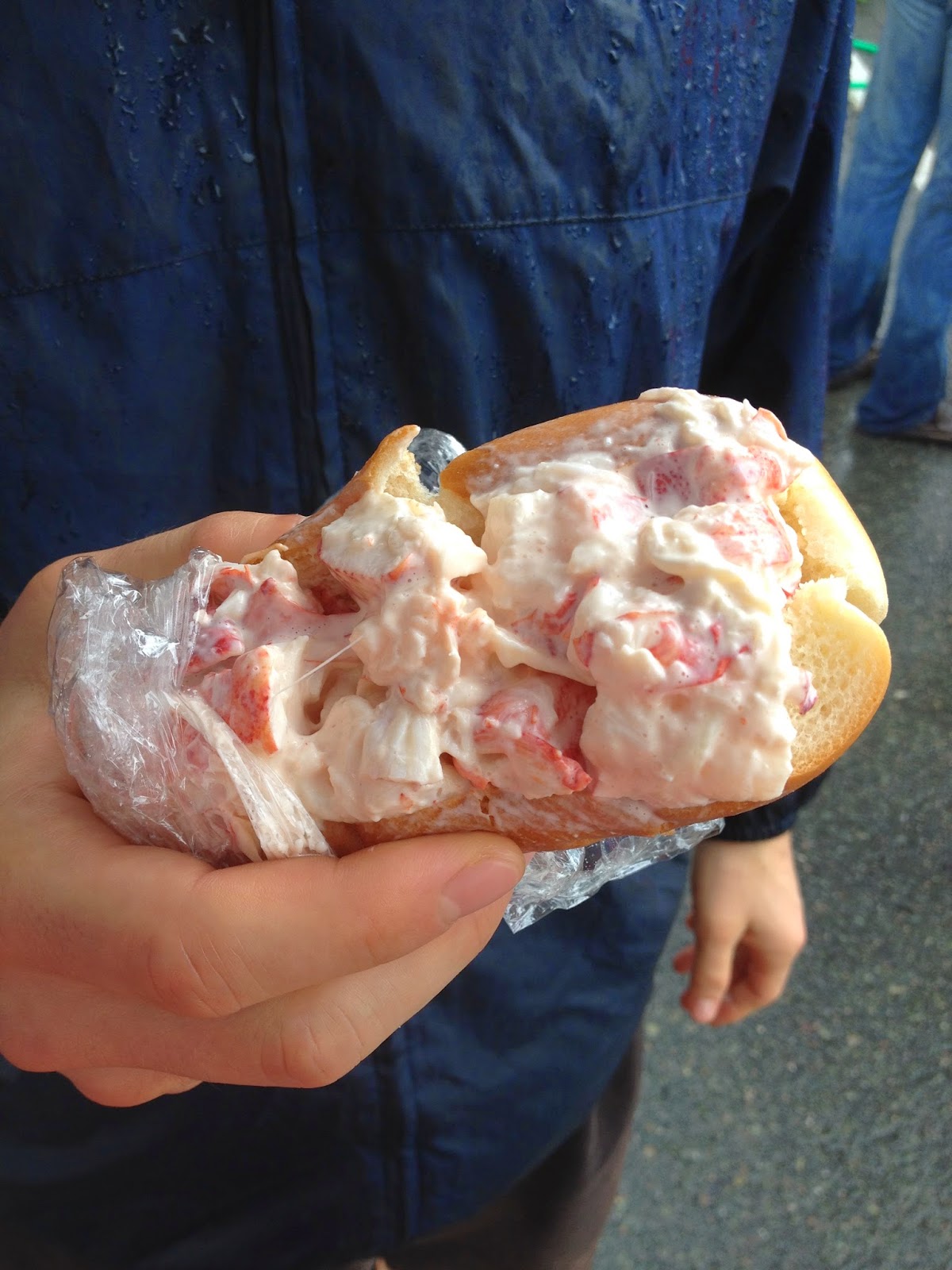 At the back of the
festival was the giant Lobster Bake Tent, where the large platters of seafood
were being served. While waiting in line to get into the tent, we grabbed a
delicious lobster roll from one of the smaller vendors nearby. The roll really
hit the spot – with generous portions of fresh lobster, all cozy in a sweet
roll that complemented the crustacean perfectly. 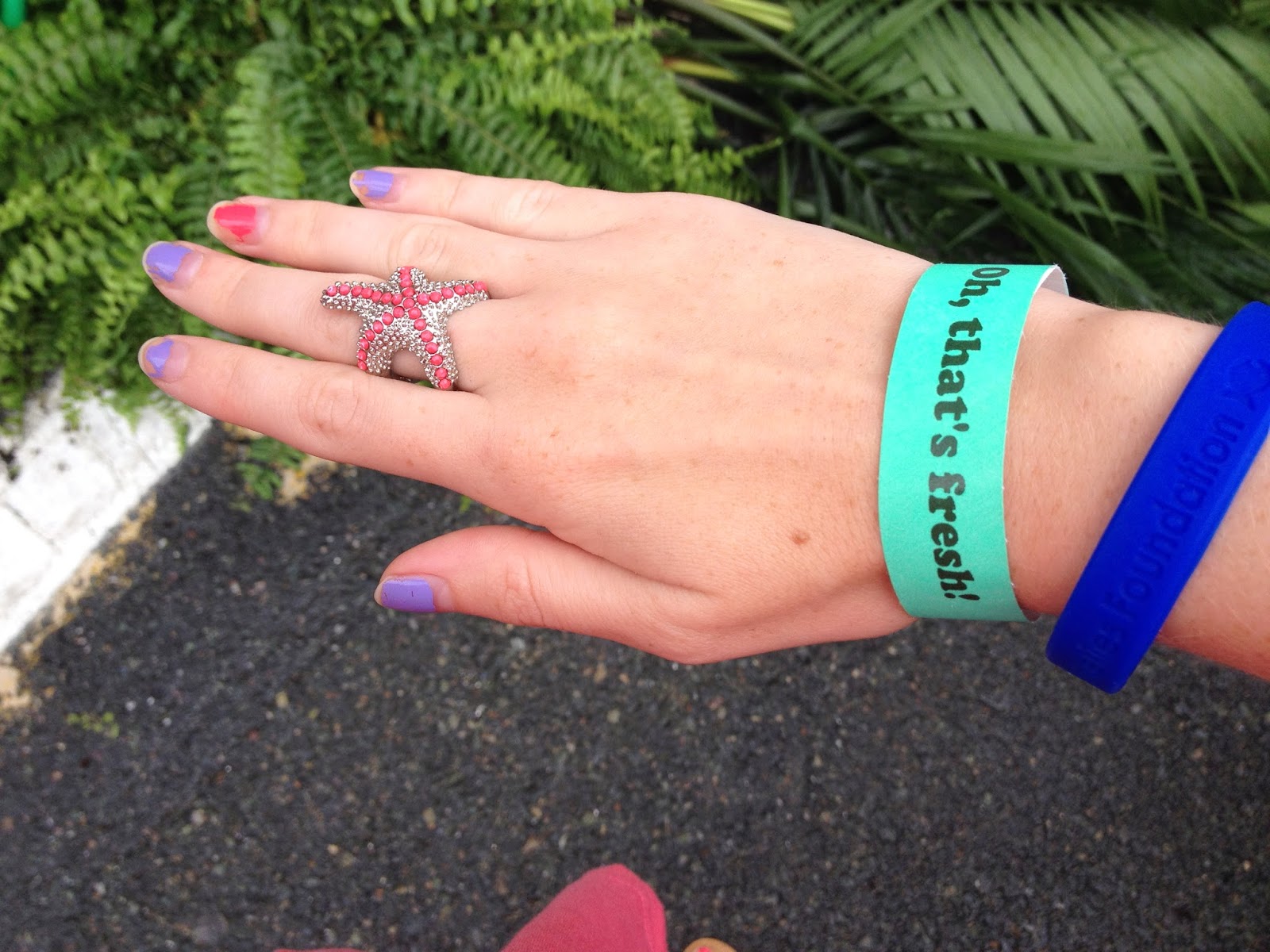 Perfect excuse to
wear my favorite sea star ring! The blue charity bracelet you see here reads
“Boston Fisheries Foundation,” and is given out at the entrance to the
festival. It symbolizes the fact that part of the proceeds from festival
tickets go towards a “charity dedicated to celebrating the proud tradition of
seafood in New England.” 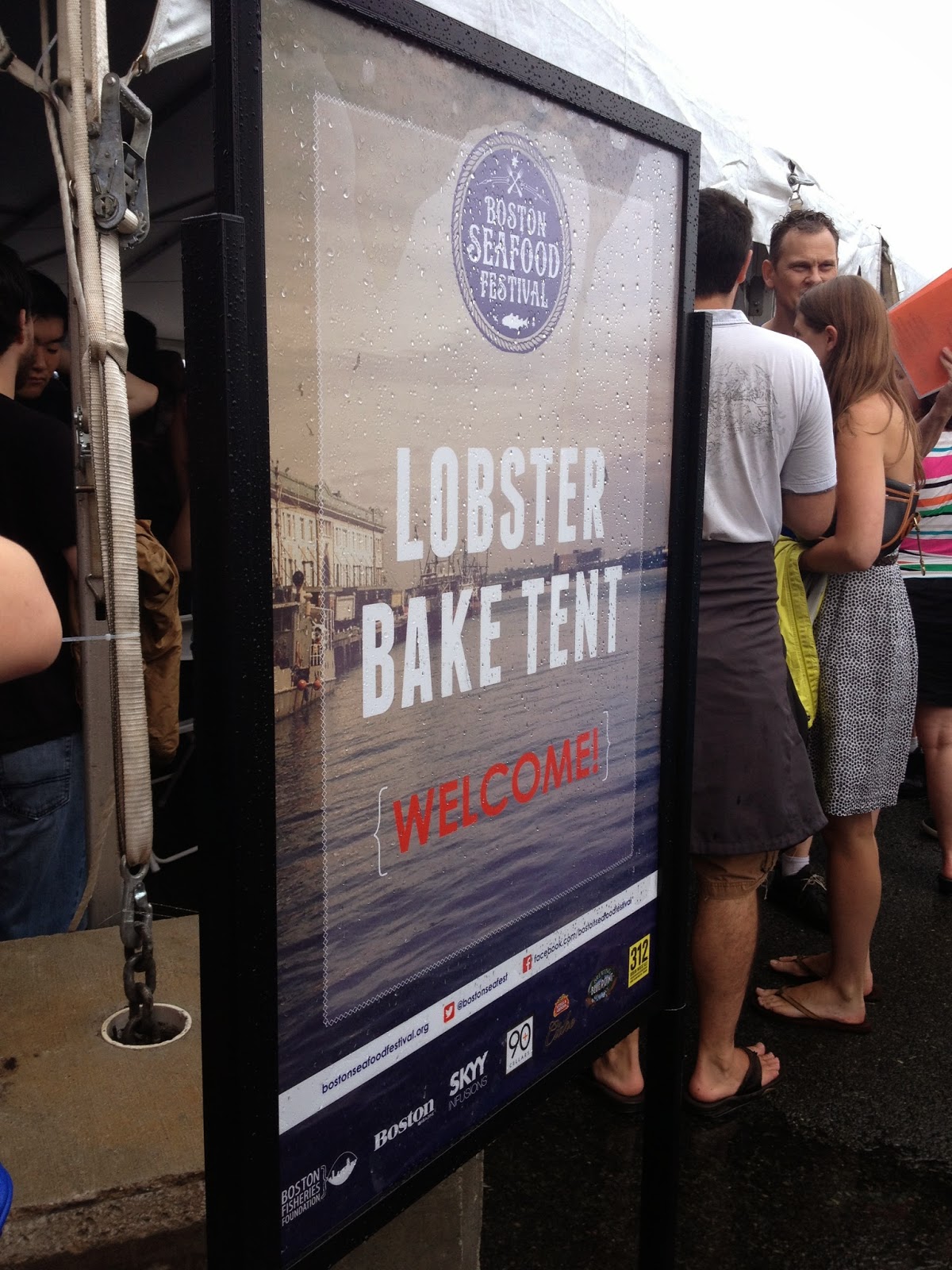 We finally got into
the massive Lobster Bake Tent, after 45+ minutes of waiting in the rain! Now it’s time to dig in. 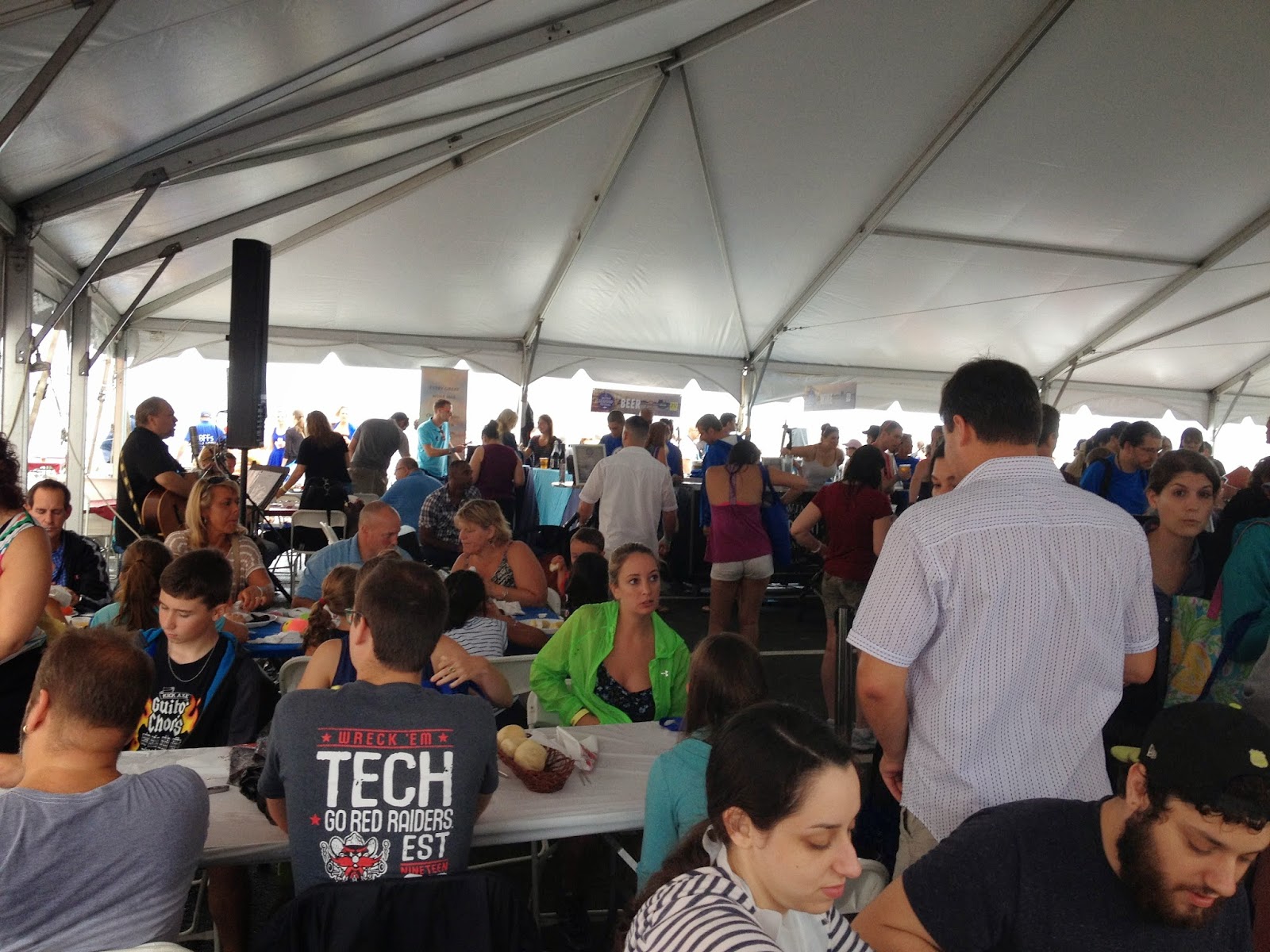 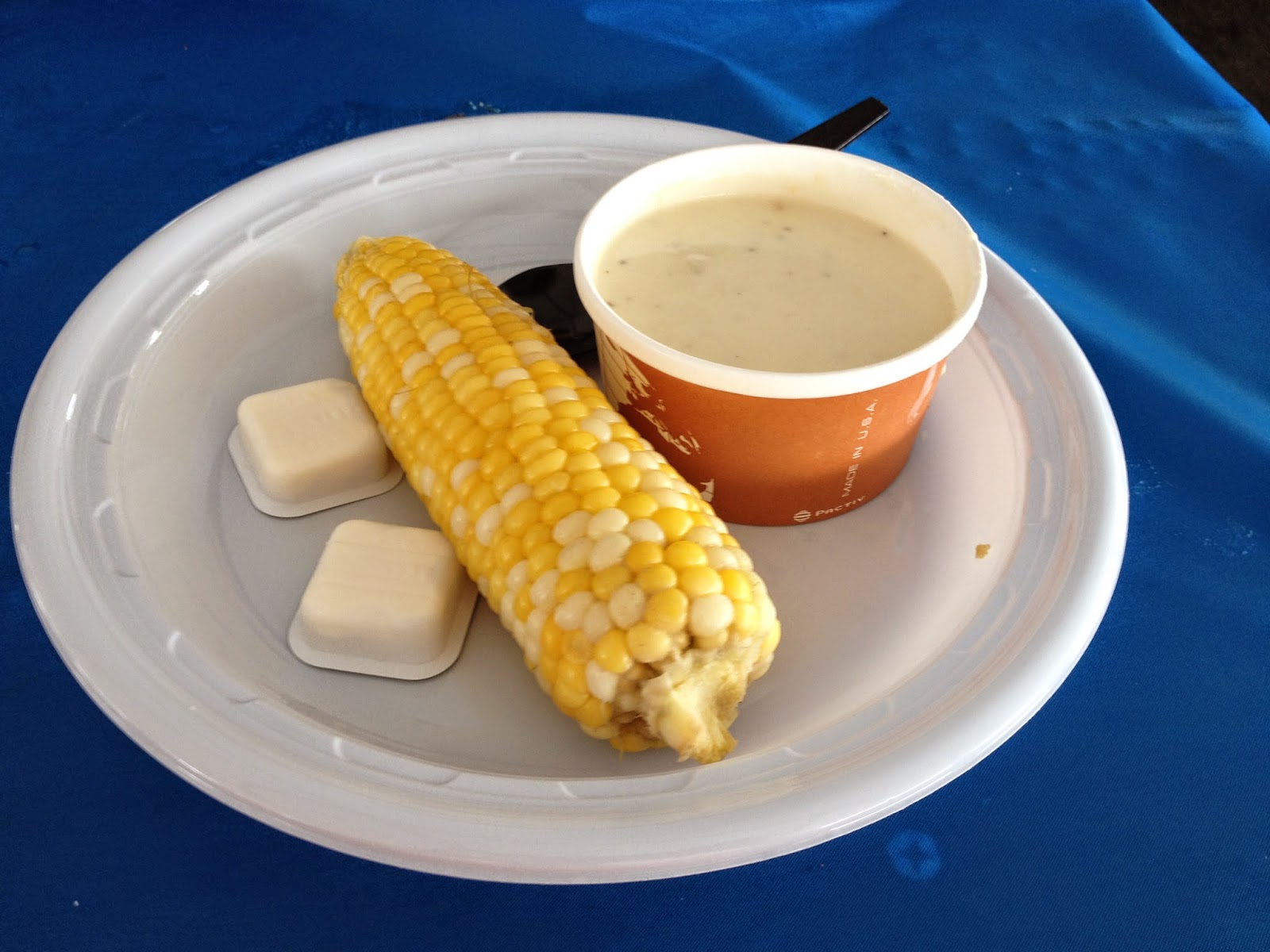 I must say I was unimpressed by the Lobster Bake Tent. I ordered a bowl of clam chowder with a side of corn on the cob. When I finally sat at the table to eat, the chowder was cold. Noooo! I went back to ask for a warm one, and they weren’t too pleased with me. Is it too much to ask for a warm clam chowder after 45 minutes of waiting in the rain in line?

To be fair, when I did finally get a warm clam chowder, it was delicious. The corn on the cob felt fresh and healthy as well.

Also, they didn’t have water. That’s right, not even cups. They had a full (overpriced) bar, but no water. That should be a basic accommodation at any food festival in my opinion. 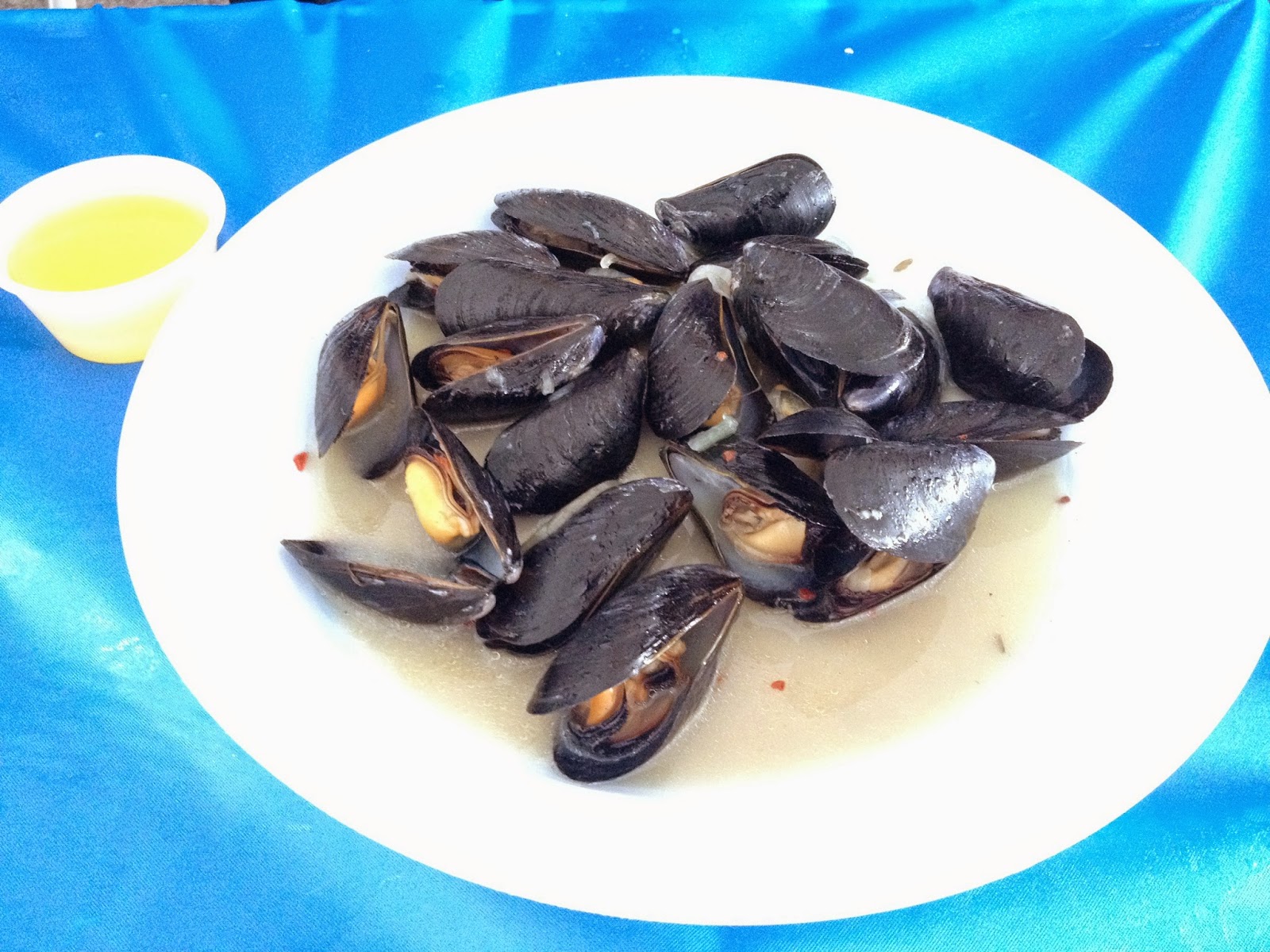 No complaints on the mussels! 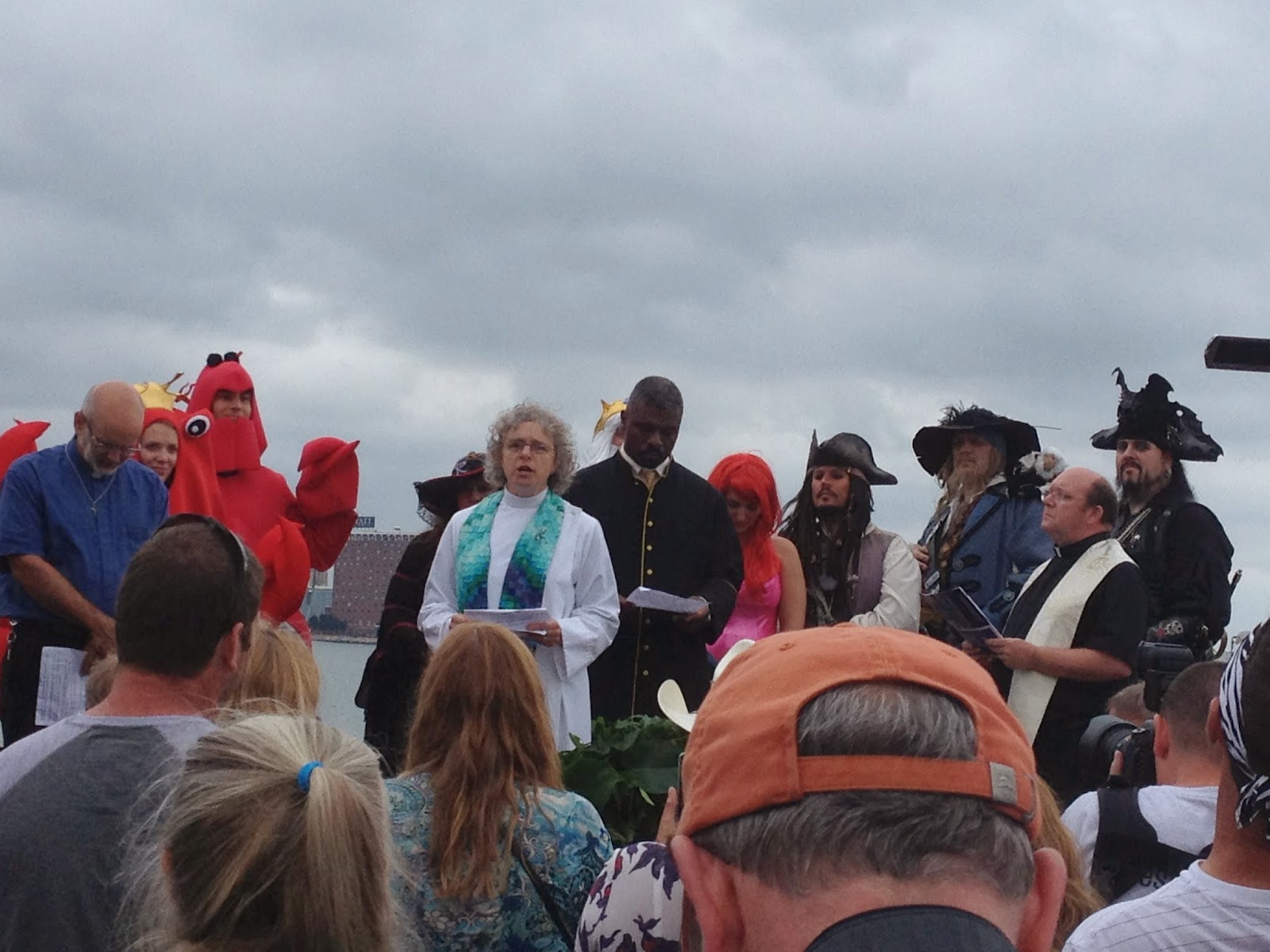 Towards the end of
the festival, there was a touching “Blessing of the Fleet” ceremony, for
sailors who have lost their lives at sea. Even Jack Sparrow and Ariel showed
their condolences. 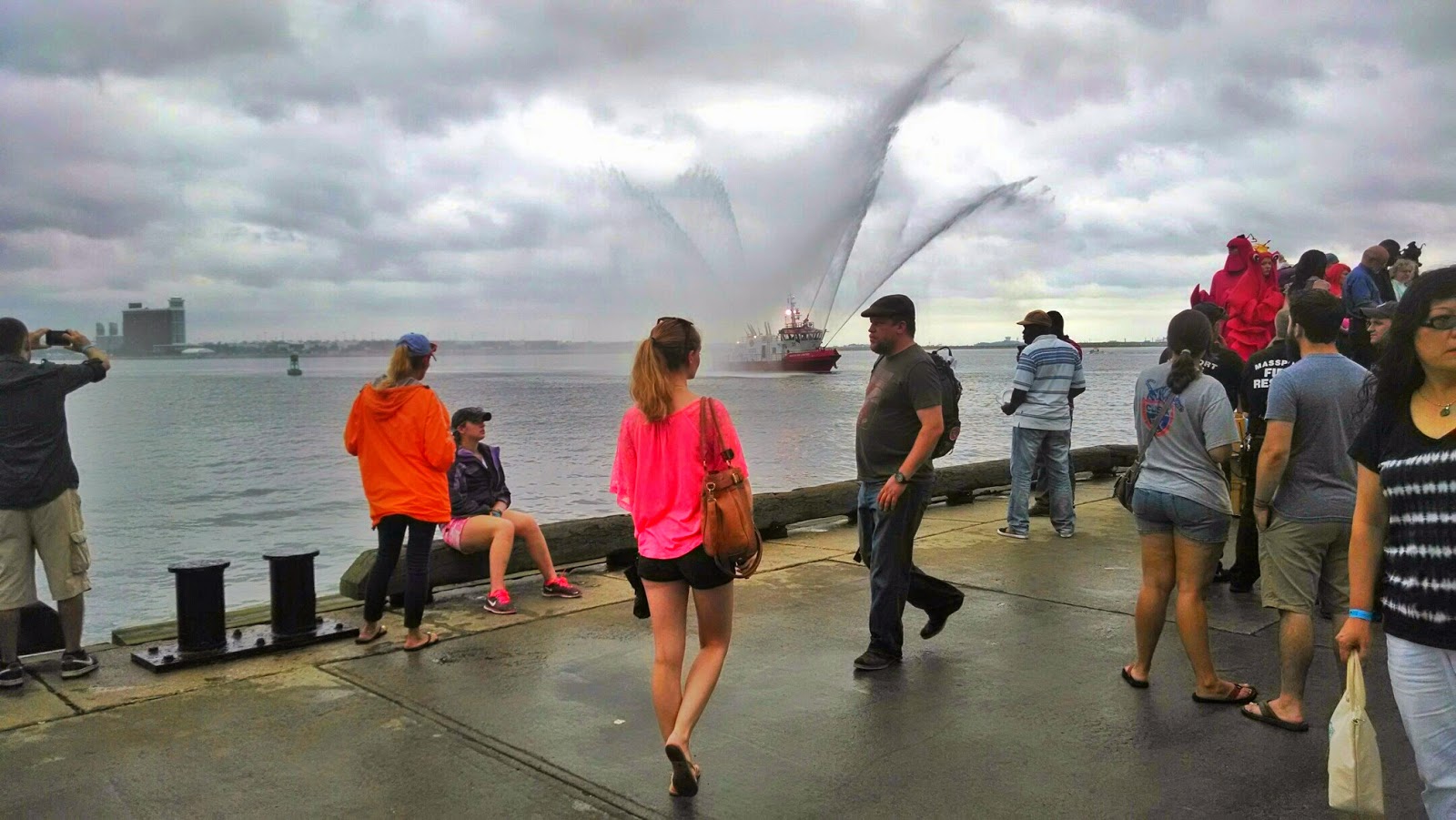 A fire rescue boat put
on a show of its own in support of the Blessing of the Fleet. It’s hard to
capture in words or pictures, but this was probably the most moving part of the
festival. The ship spun in circles while jet blasting ocean water for all to
see. It was a great show of solidarity between fire and water rescue and the
local fishermen. 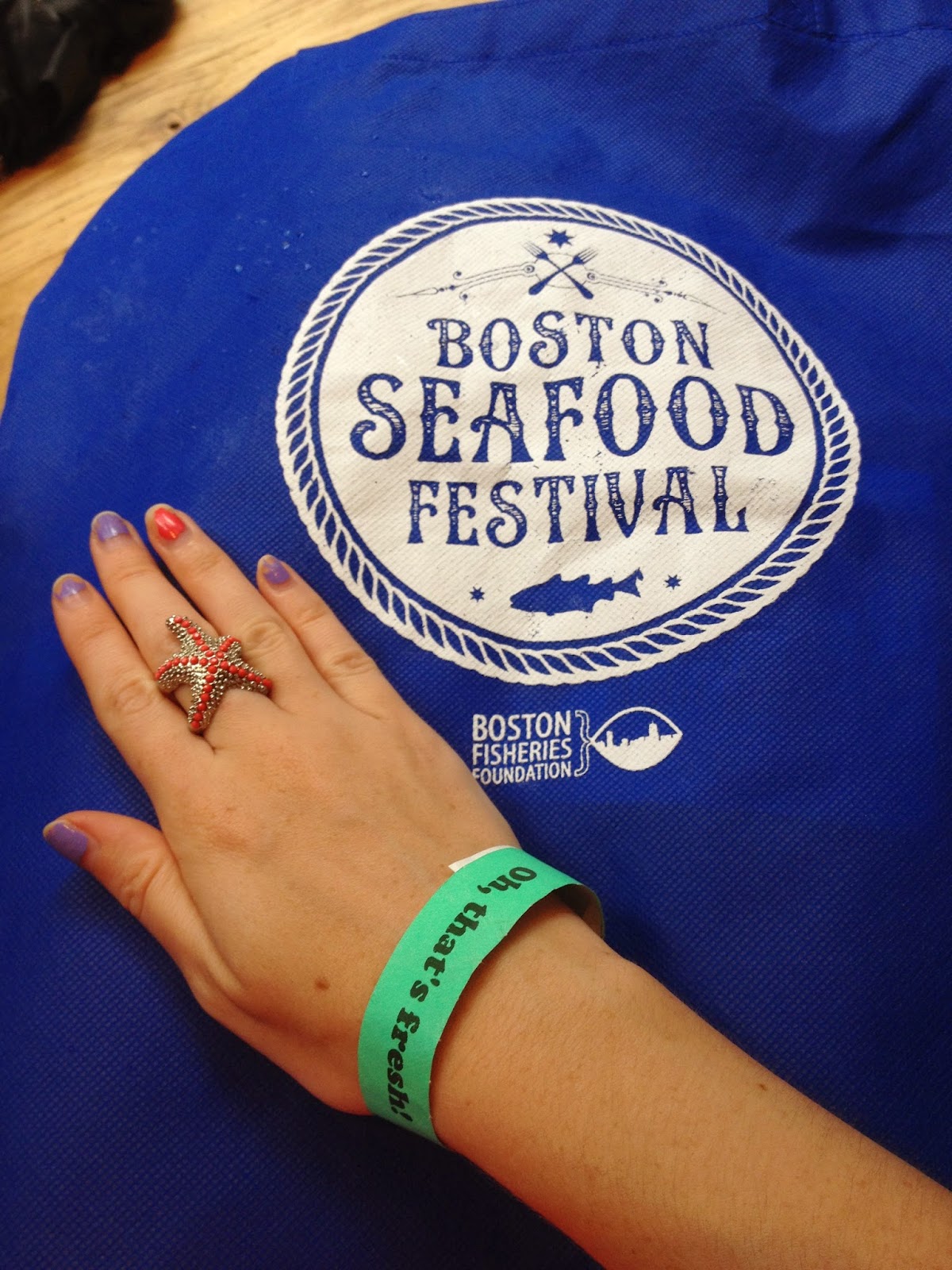 All in all, the
Boston Seafood Festival was fun and delicious. Despite the rainy weather and a couple hiccups in the Lobster Bake Tent, it was a great event. Between the Blessing of the Fleet, the fun games, Battle of the
Shuckers, and of course the abundant fresh seafood, it was a perfect metaphor
for the festivities Boston has in store for its residents, come rain or shine.