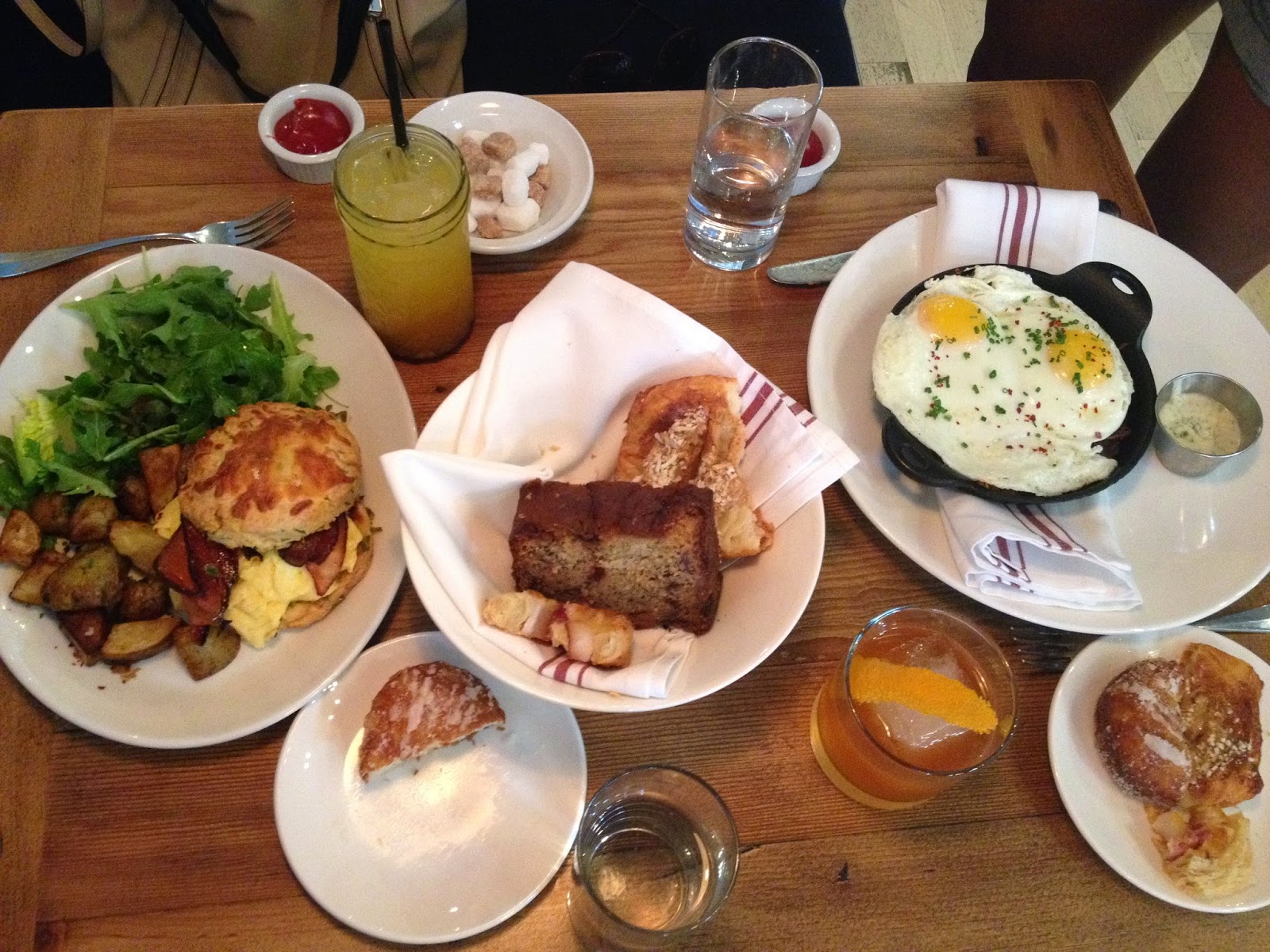 Sunday brunch is a right of passage for any good weekend. Boston Magazine even wrote a piece on the top Boston brunch for 2014, knighting Puritan and Company in Cambridge. This past Sunday, we decided to pop in and see what all the fuss was about. 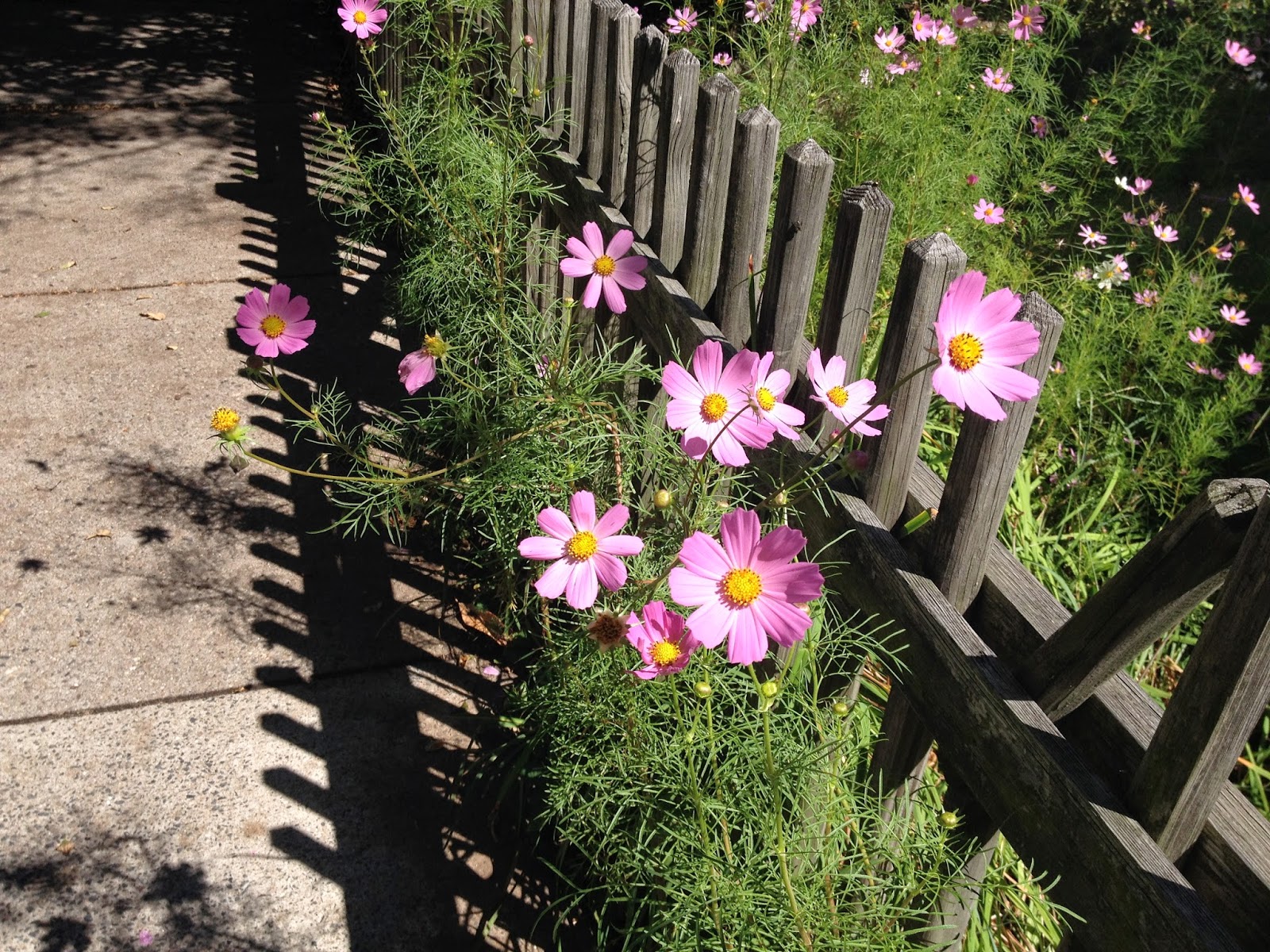 It’s a short walk from Central Square T Station to Inman Square, where Puritan & Co resides. This time of year, there are countless colorful flowers popping up everywhere you look. 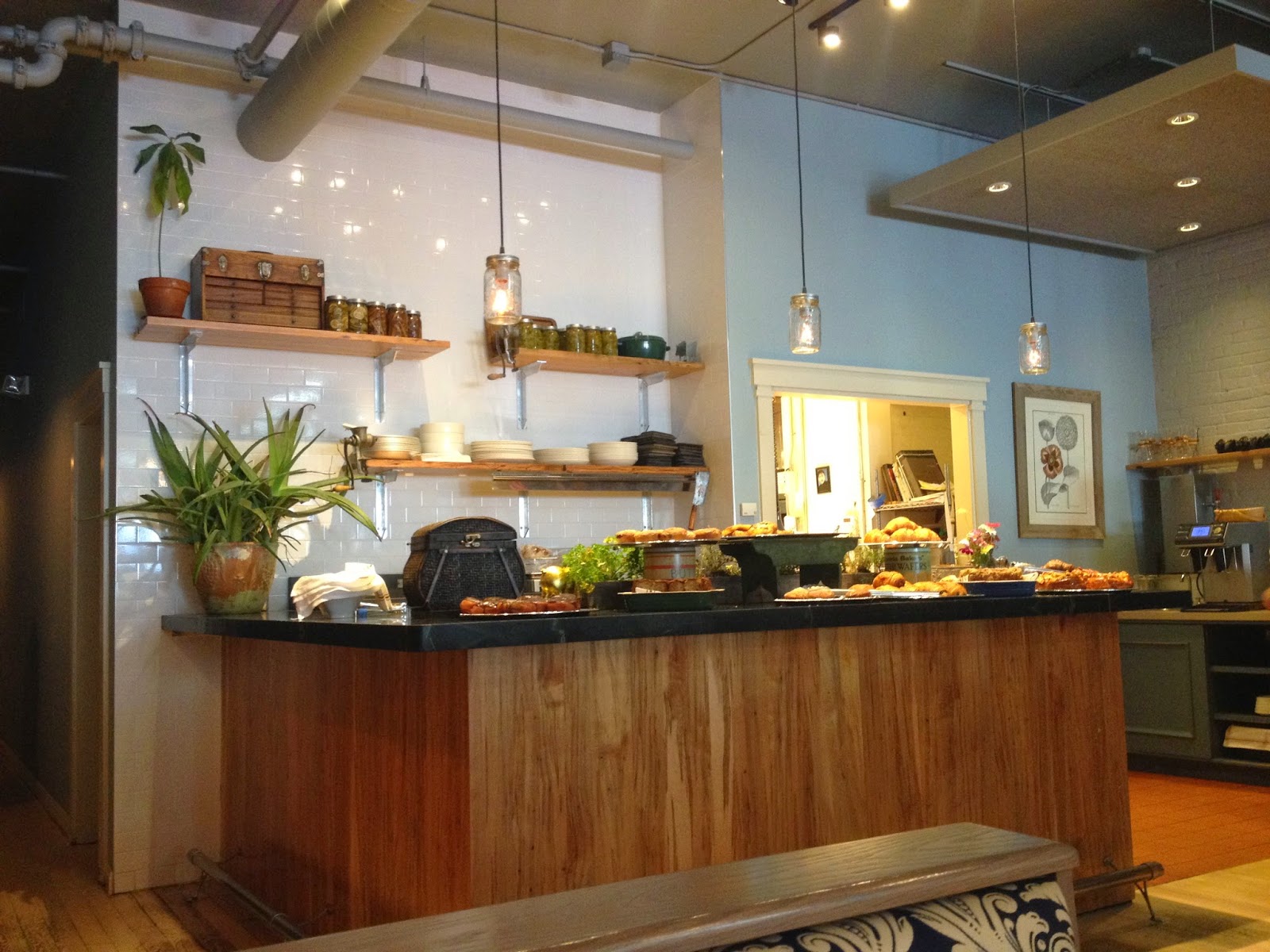 Puritan & Company has the sleek & modern farm-to-table look that is so on trend in Boston and San Francisco at the moment. With  it’s high ceilings, wooden tables and abundance of natural lighting, the venue is any blogger or photographer’s dream. 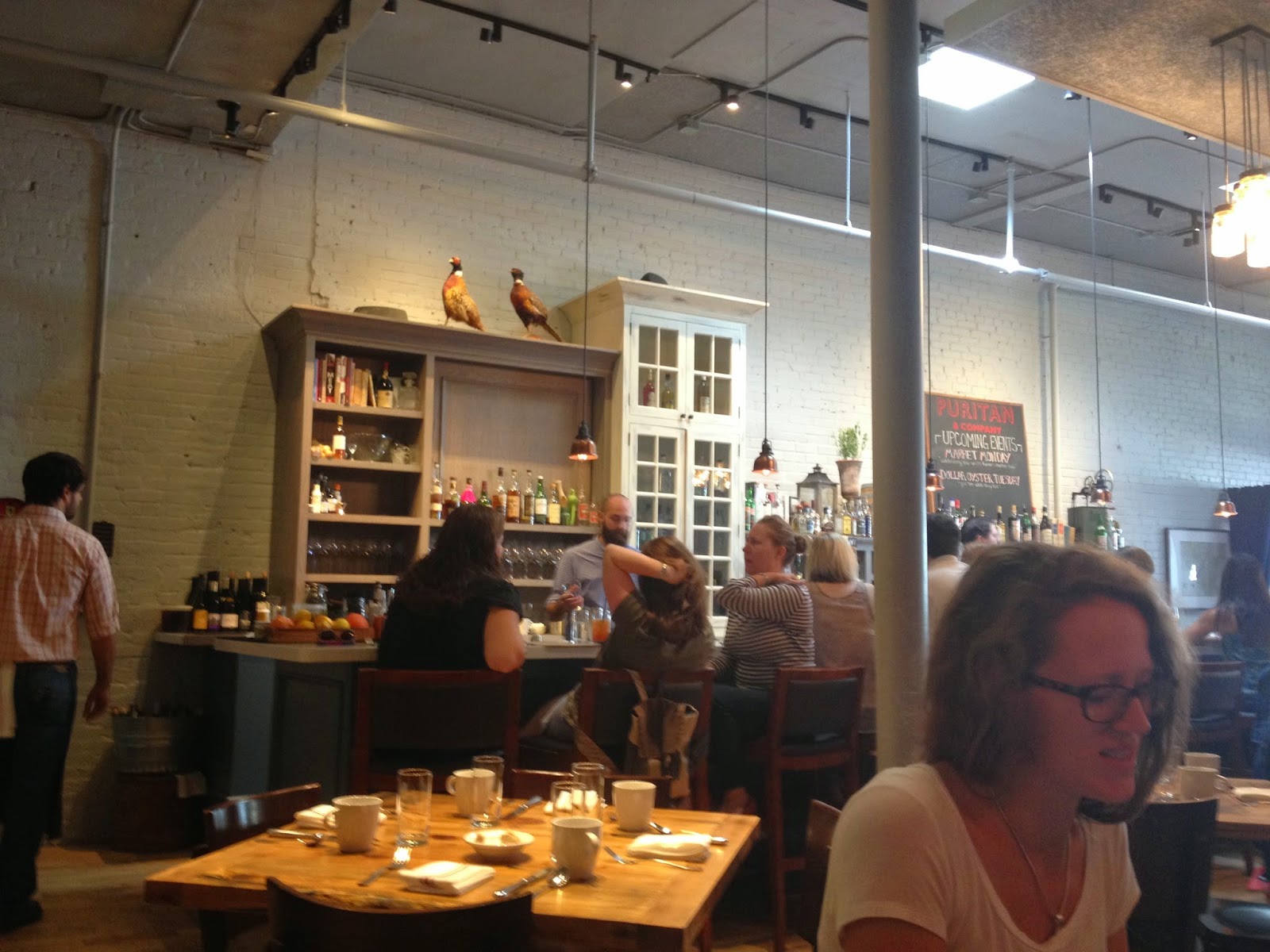 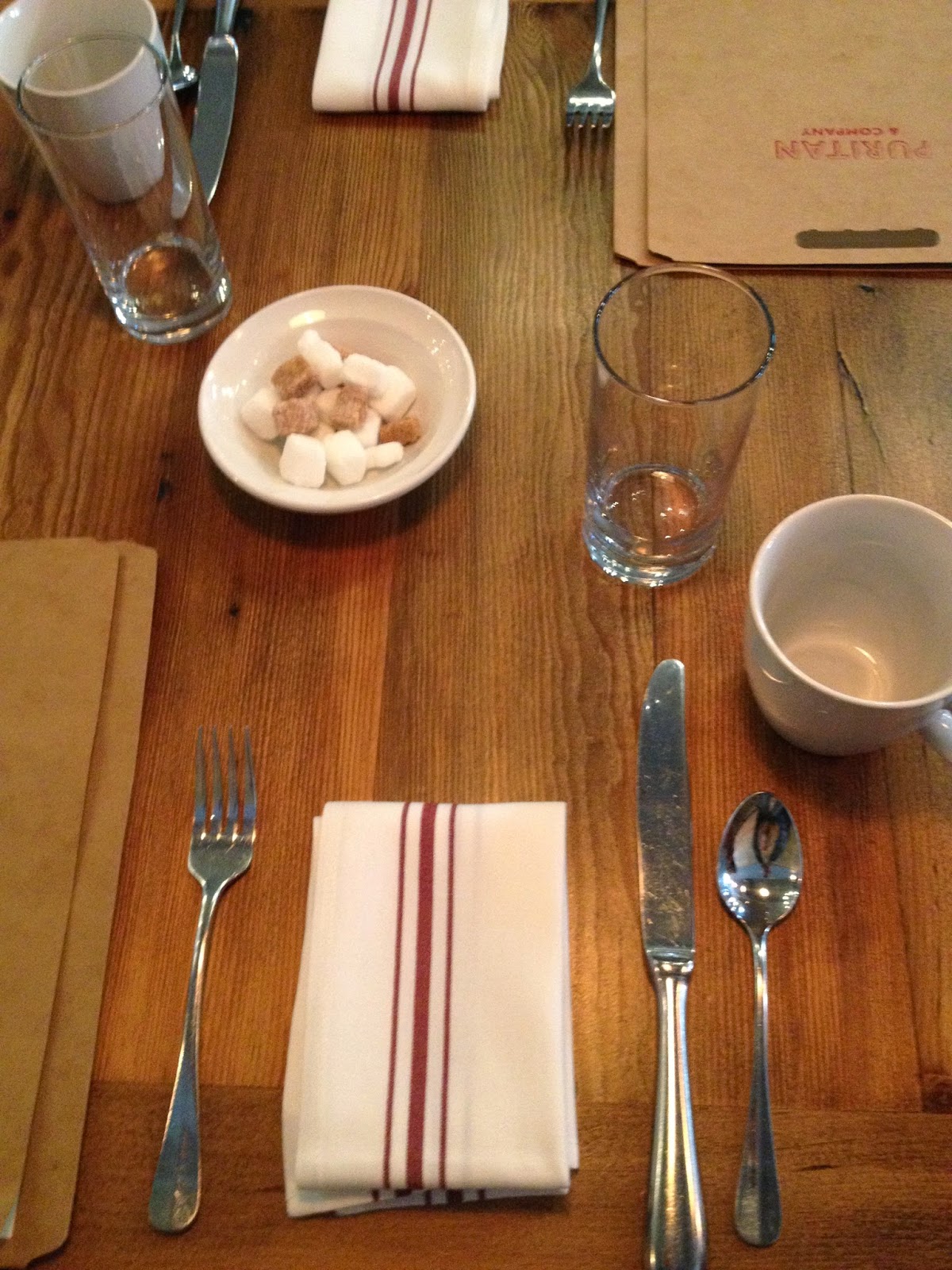 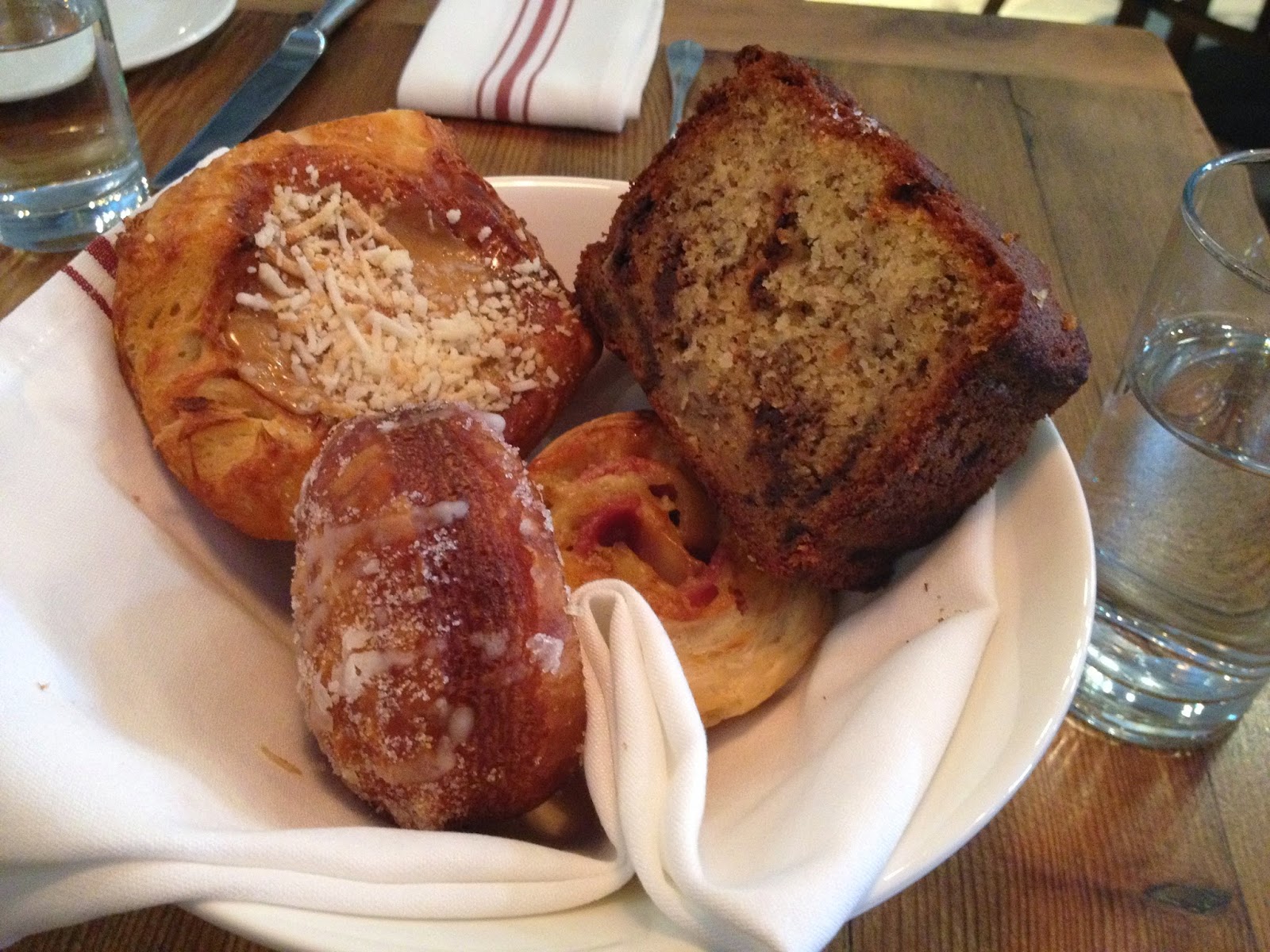 We started by splitting a pastry basket, which means we get to choose four delicious pastries from their unique menu:

Though I couldn’t really taste its citrus flavor, I would have to say that the cronut was my favorite. Being my first croissant-donut, I was super excited to try it, and it turned out to meet my expectations. I would describe it as more similar to a donut, only with the flakey crisp you come to associate with croissants.

The rest of the pastries were good as well, but they came out so quickly we were a little stunned. We quickly realized that the pastries were all pre-made and sitting atop the counter next to us. The fact that they were sitting there uncovered all morning was a little unnerving, and we wished they had at least warmed the pastries before bringing them to our table. 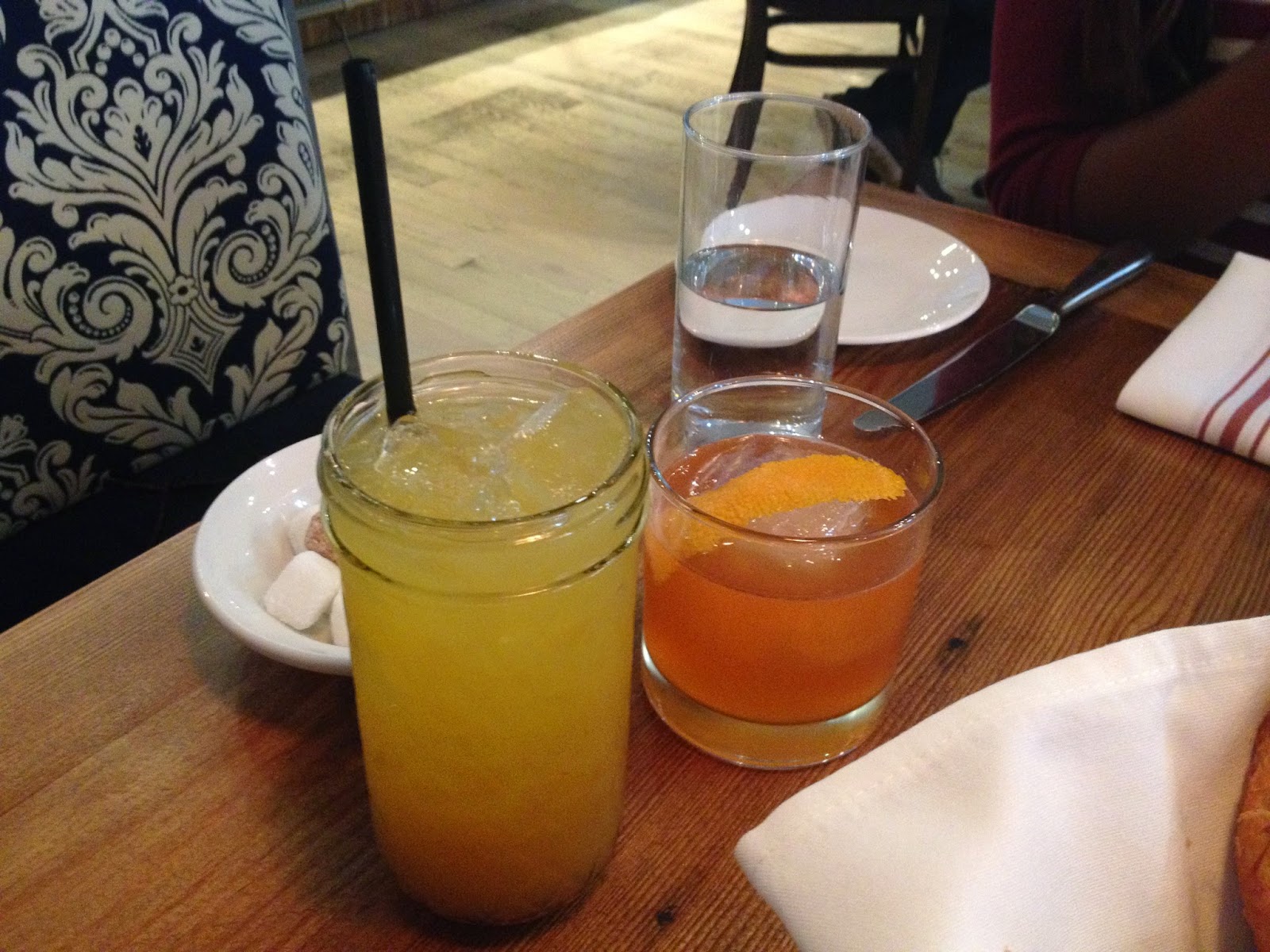 We ordered what was supposed to be the Tequila Sunrise (left), and the Church (right). I was confused because my tequila seemed to be missing its sunrise! Generally it’s served with a red grenadine for sweetness, but my drink had no red and no sweet flavoring. 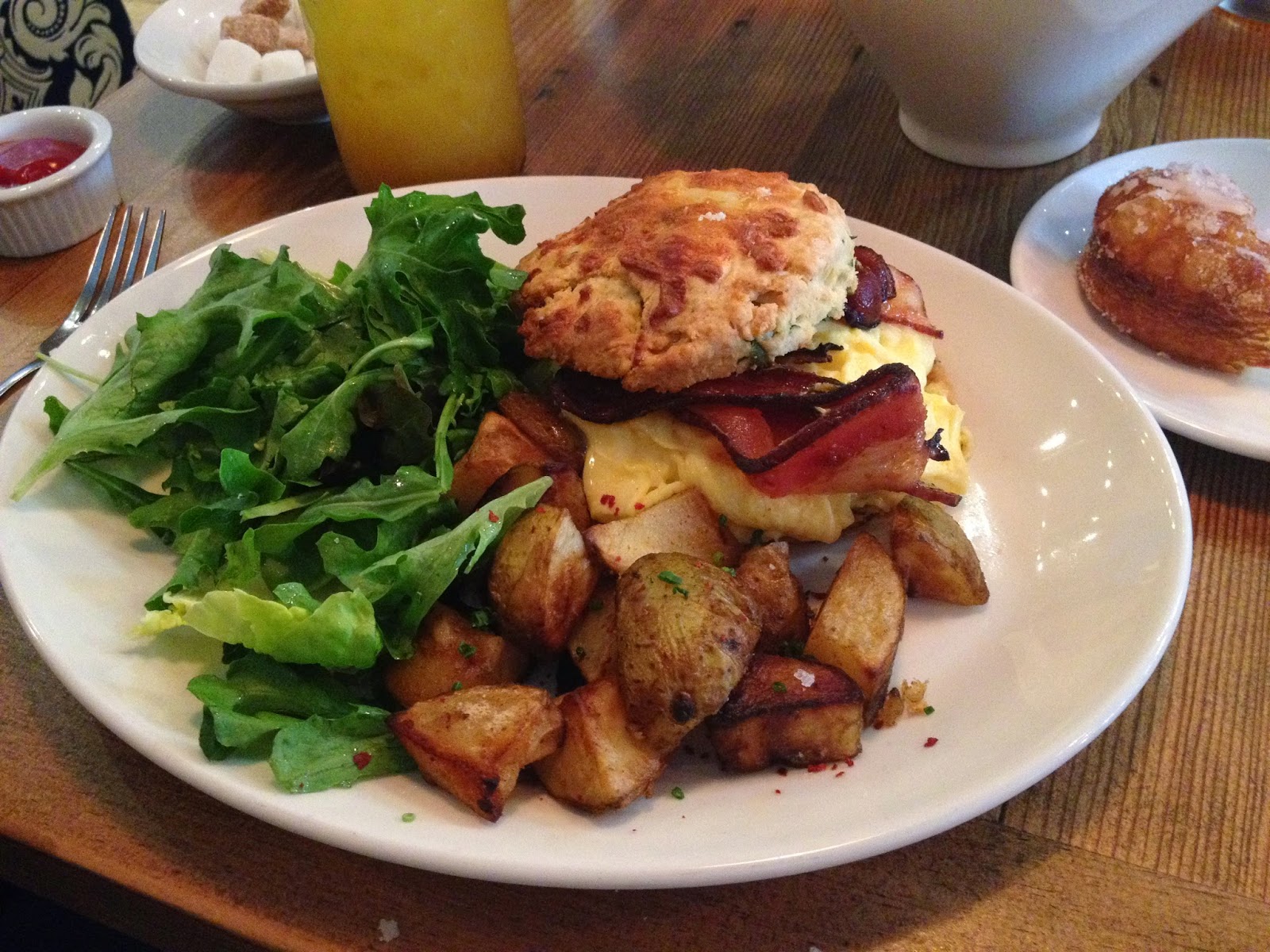 For my entree, I ordered the Biscuit Breakfast Sandwich, which came with bacon, scrambled eggs, and cheddar, with a side of potatoes and a salad.

I liked how the biscuit had green onions in it, but it was extremely dry and crumbly. The flavors were great, but it was falling apart in my hands as I tried to eat it.

The potatoes were delicious and spiced perfectly. However, the salad seemed to have no dressing (maybe some sparse olive oil), and I would have liked a little more flavor and sauce, especially with such a dry entree. See what I mean about a blogger’s dream? The presentation was simple and clean, with tons of natural lighting. Absolutely loved this aspect of the venue!

The entree you see to the right is the Duck and Green Onion Hash, with farm eggs and herbed-creme fraiche.

All in all, I enjoyed the unique menu, the prompt and friendly service, and the bright, spacious venue.

Drawbacks included the fact that my drink wasn’t made correctly, the pastries had been sitting out in the open & weren’t warmed, and the entrees left us wanting more.

We came to Puritan & Company because Boston Magazine named it the best Boston brunch of 2014. We had a good time here, but I wouldn’t necessarily deem it the best I’ve had in Boston.

Comment Challenge: Which pastry would you have chosen from the menu?