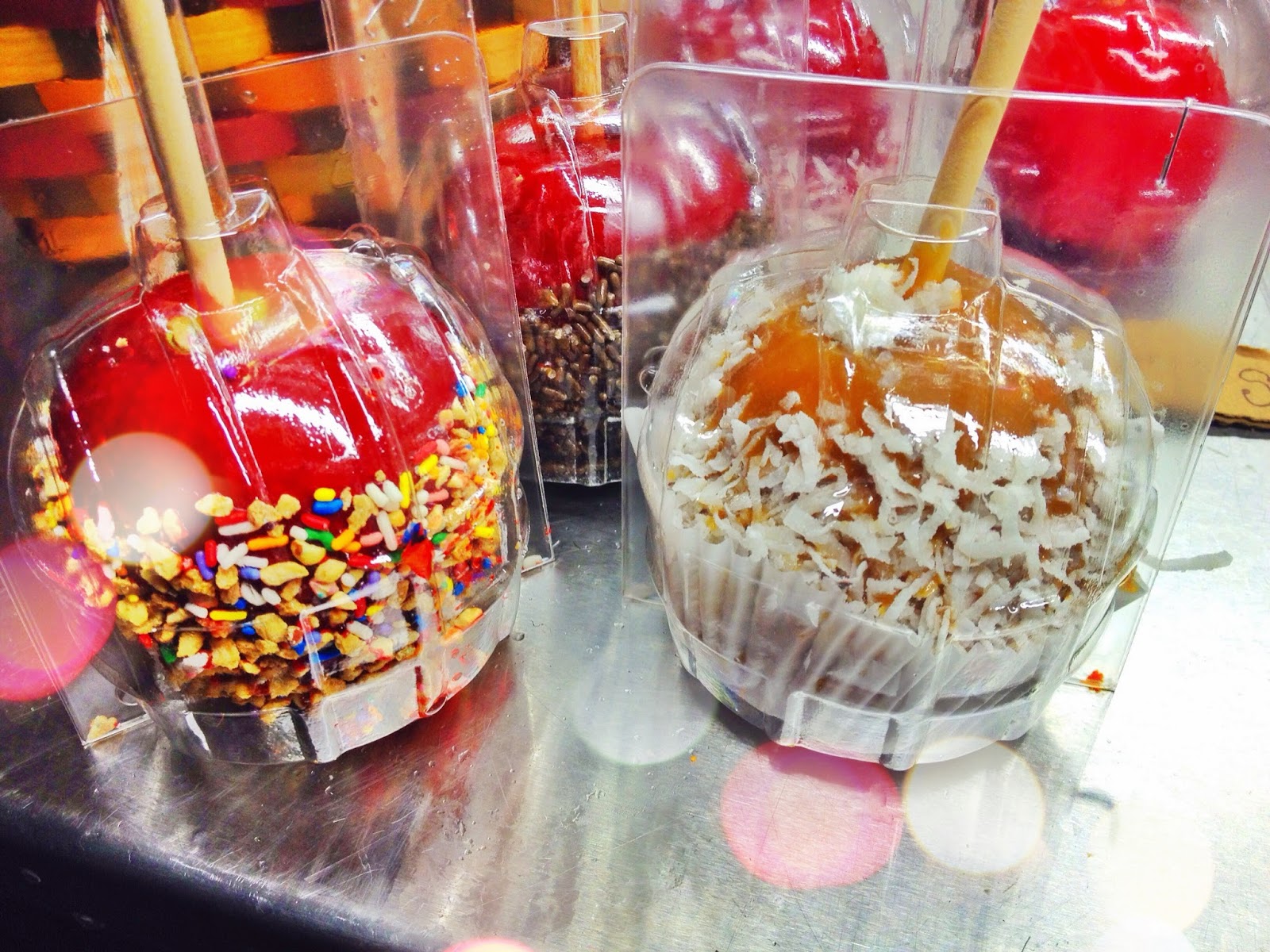 I love Halloween! It’s so fun to dress up, watch Hocus Pocus, and go to haunted houses.

Last weekend I got to take a behind-the-scenes tour of Boston haunted houses at Spookyworld’s Nightmare New England with Blog and Tweet Boston! Taking place at Mel’s Funway Park in New Hampshire, Spookyworld is just over an hour’s drive outside of Boston, and more than worth the drive! 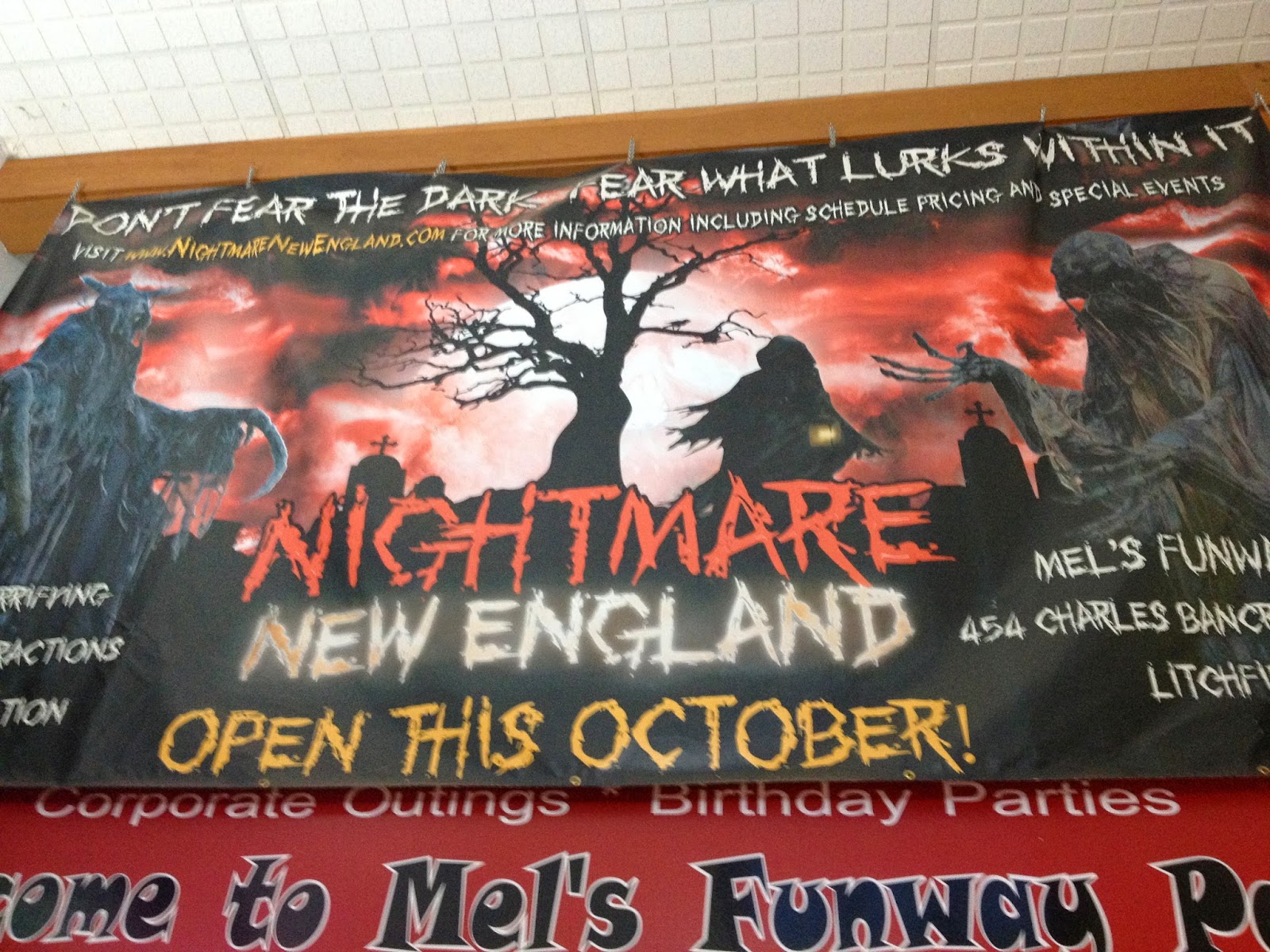 Note: This post has some scary haunted house pictures in it! If you’re easily spooked you may want to skip down to the bottom – that’s where the carnival food is! 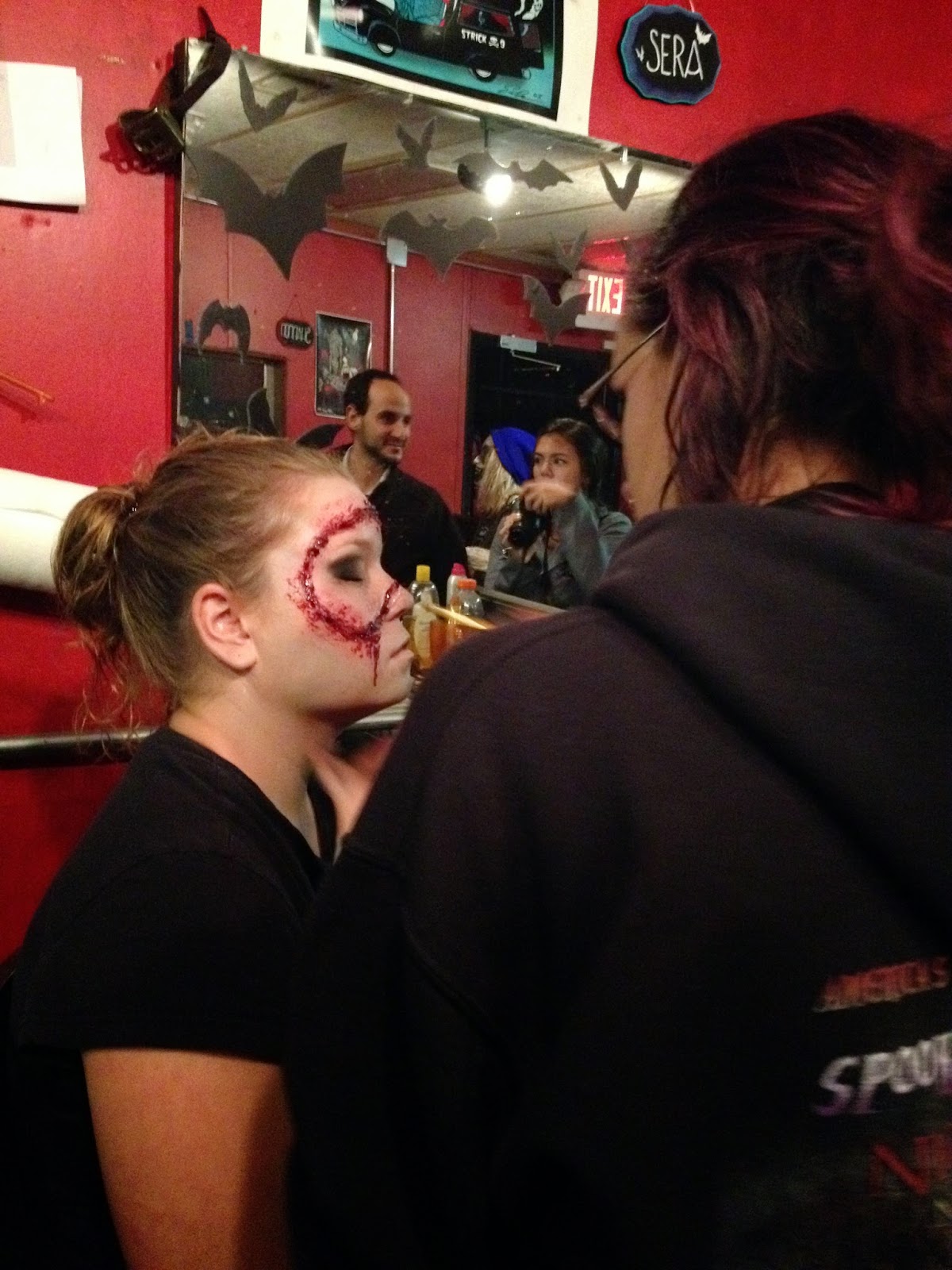 As part of the media party, I got to see the backstage makeup rooms of the zombies, ghosts and ghouls. It was cool to see that the actors are normal people, just laughing and chatting before the show. We were told that it takes 140 actors, and 250 employees each night to put on the attractions. 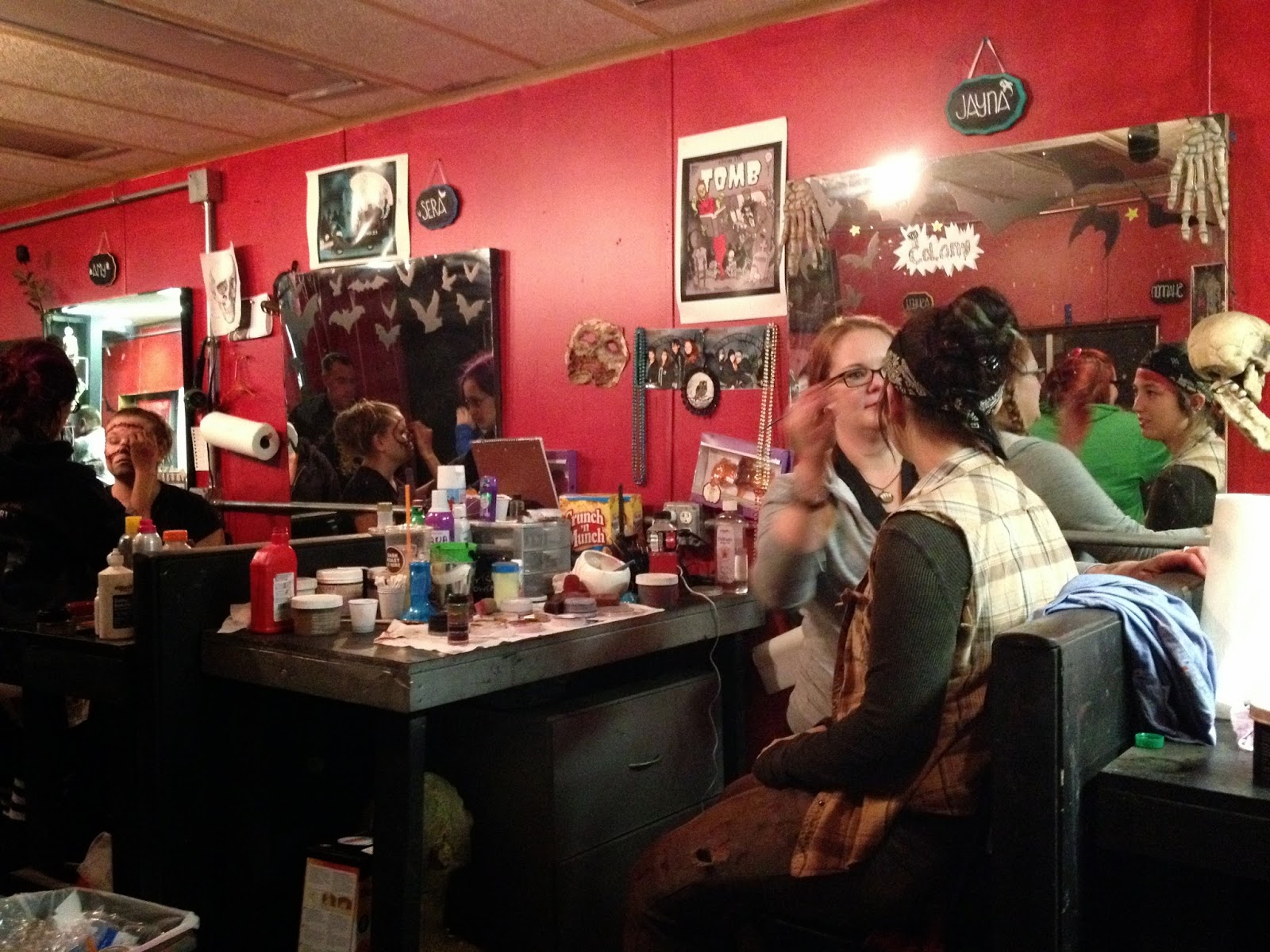 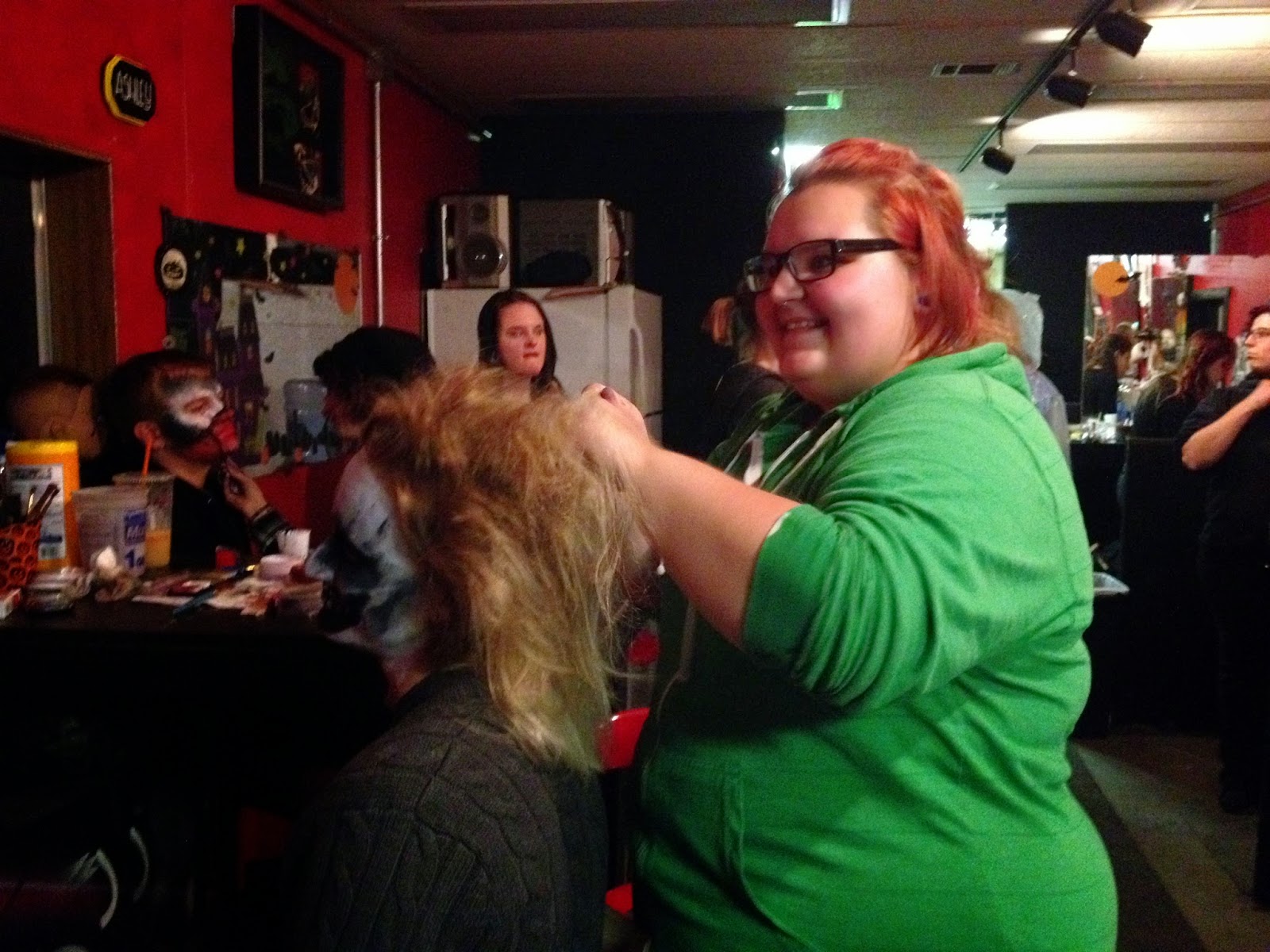 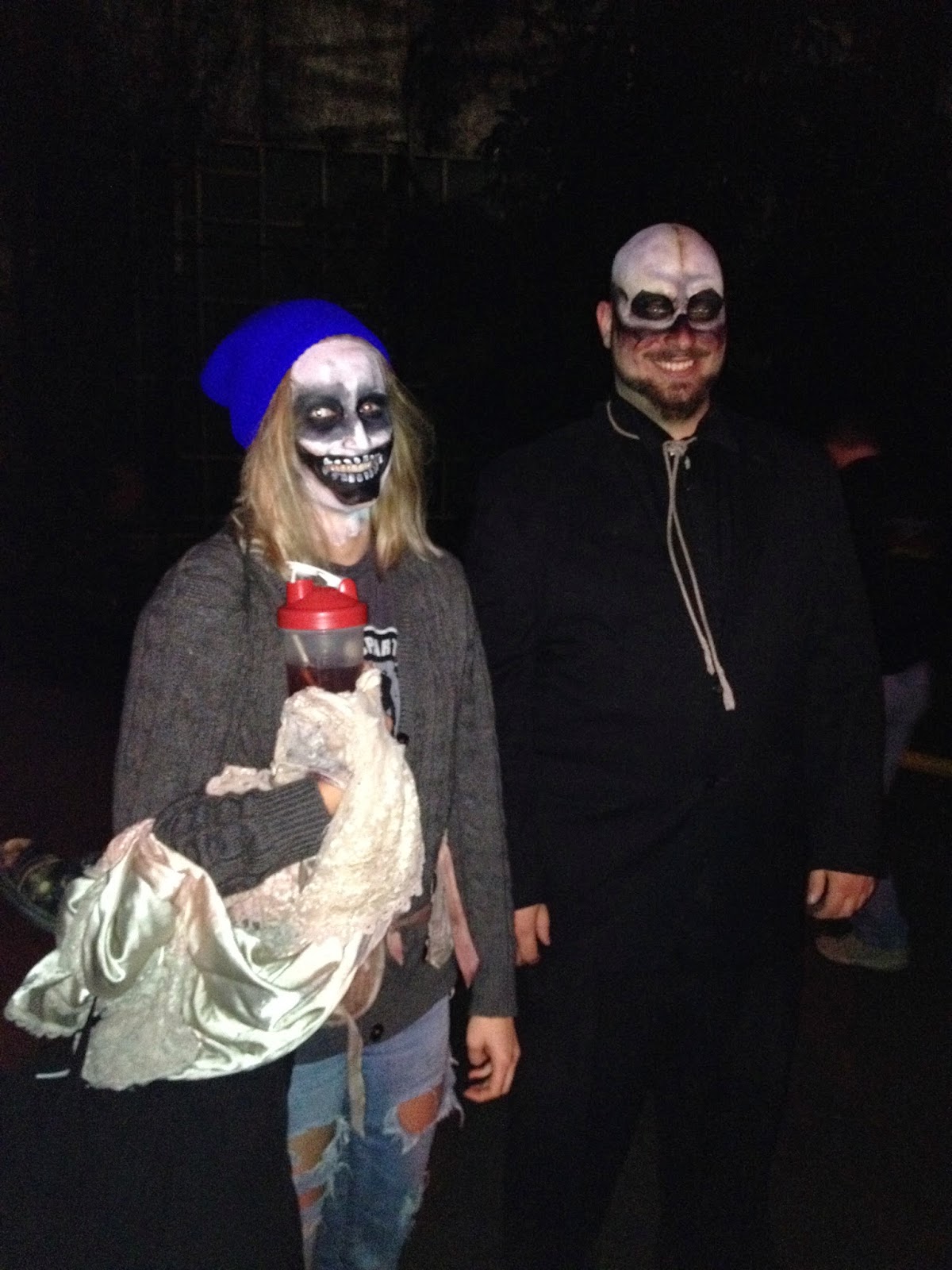 There are 5 haunted attractions, not even including the awesome Zombie Paintball, dance floor, and carnival food. Read on to learn about each of the awesome attractions: 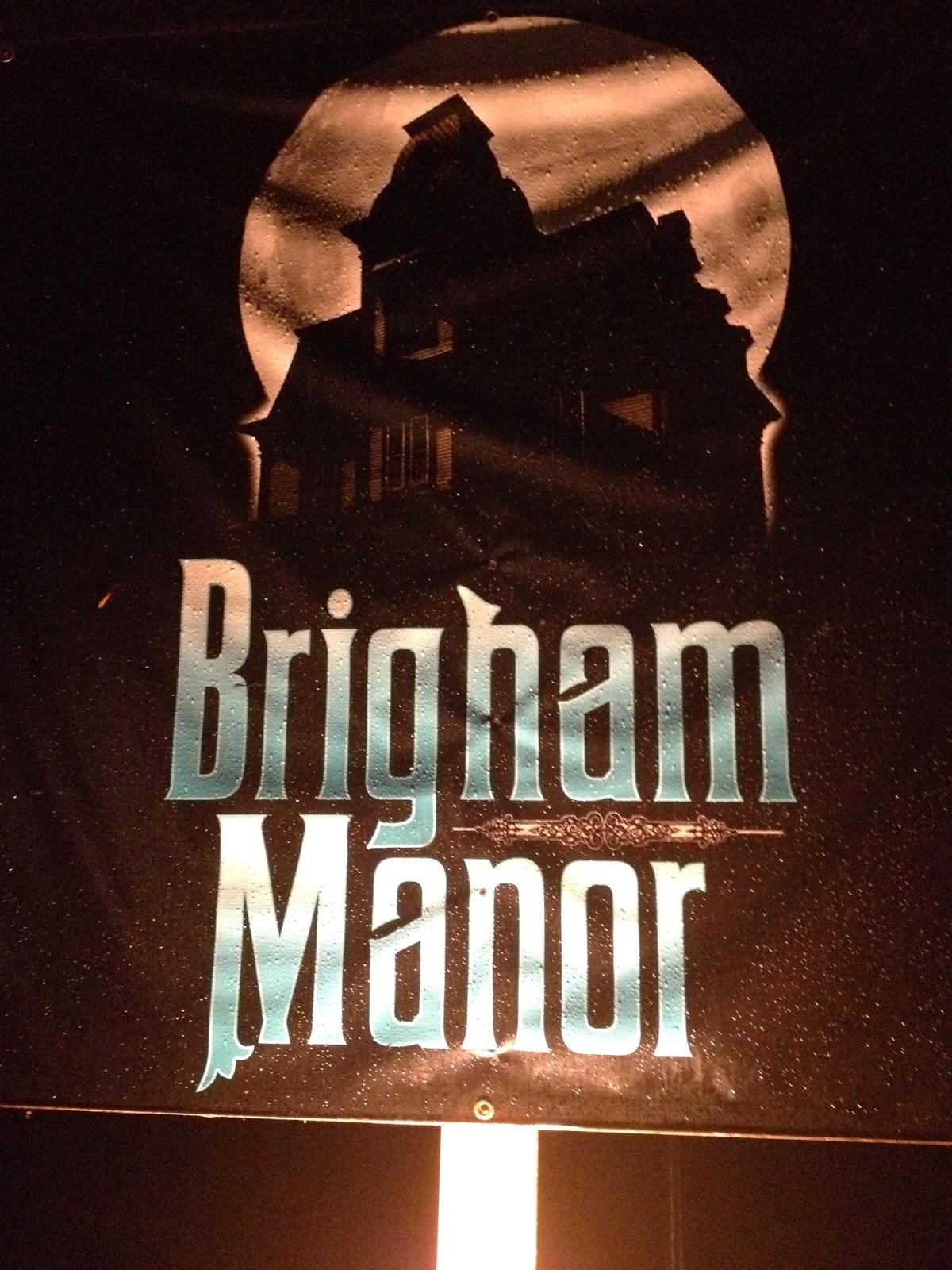 1. Brigham Manor: The most epic haunted house I’ve been in. It’s giant and filled with ghosts, zombies, and everything in-between. At the end, there’s a section where the walls close in and squish you from both sides as the lights go pitch black – ah! Don’t worry, there’s a secret exit for those with claustrophobic tendencies.

Before the public was allowed in, we got a lights-on tour of the main haunted house, Brigham Manor. Apparently this attraction is really a giant tent, though it looks like a giant old southern estate from the outside. 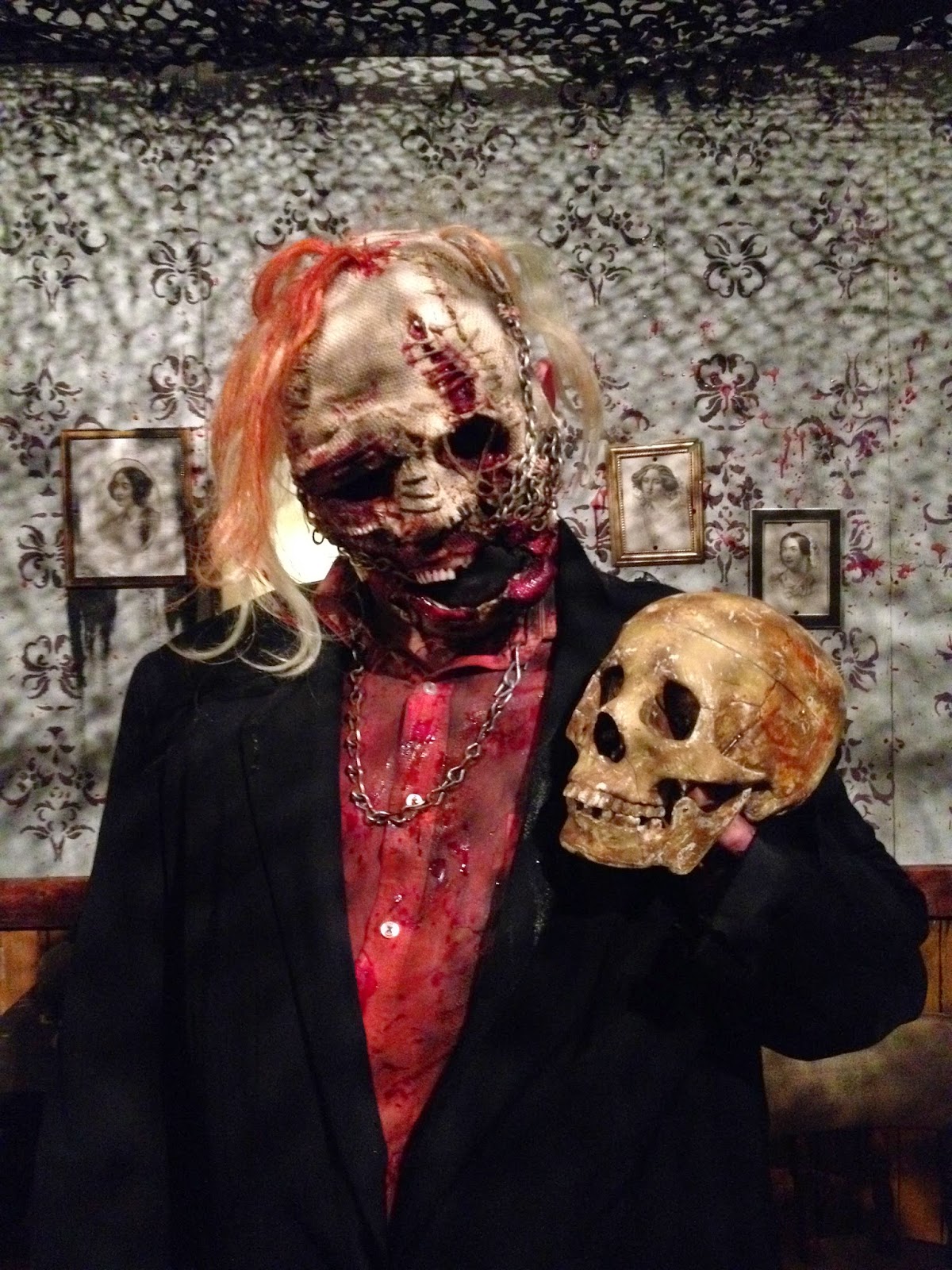 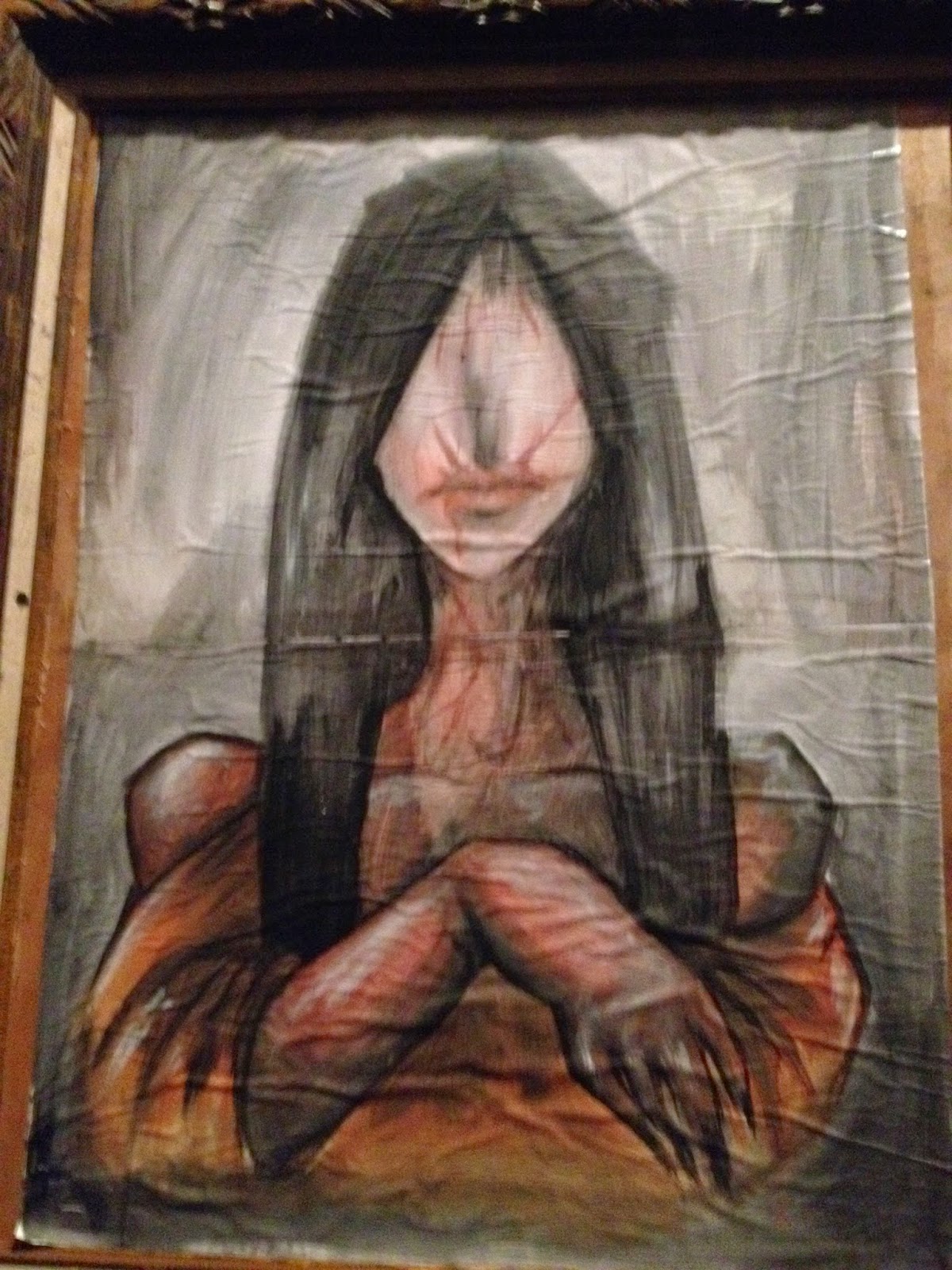 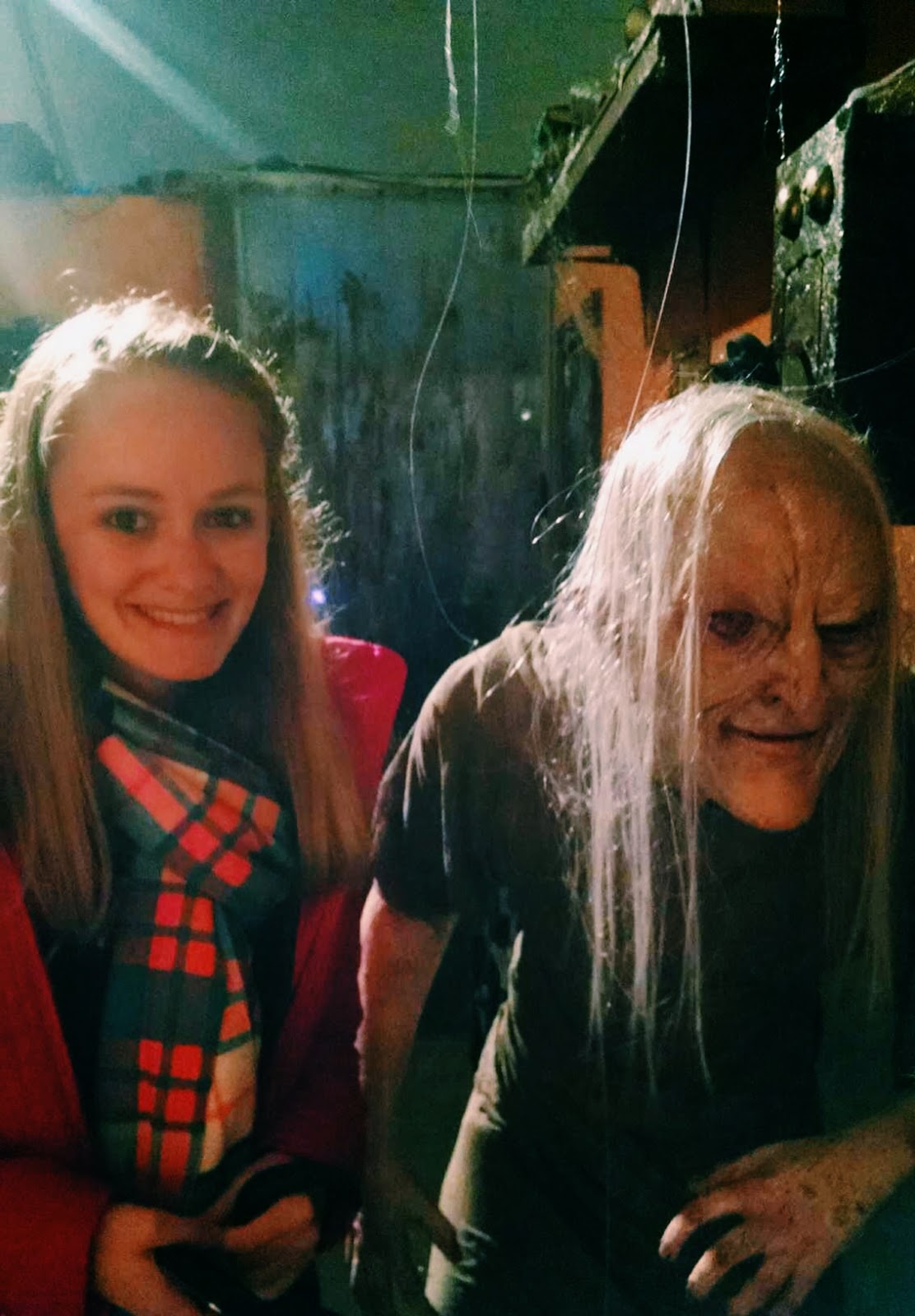 This is not an actor (though we thought it was for a second)! 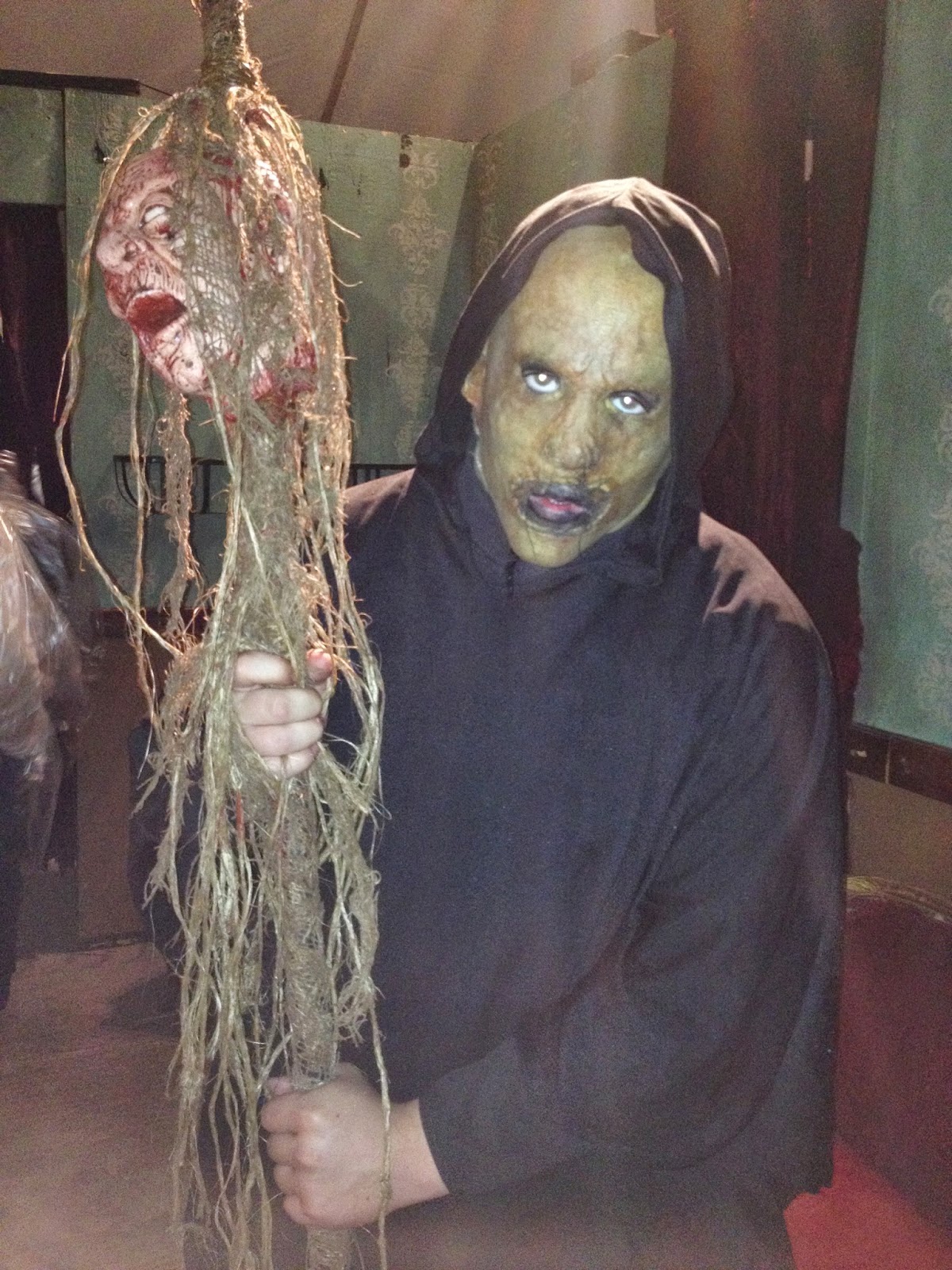 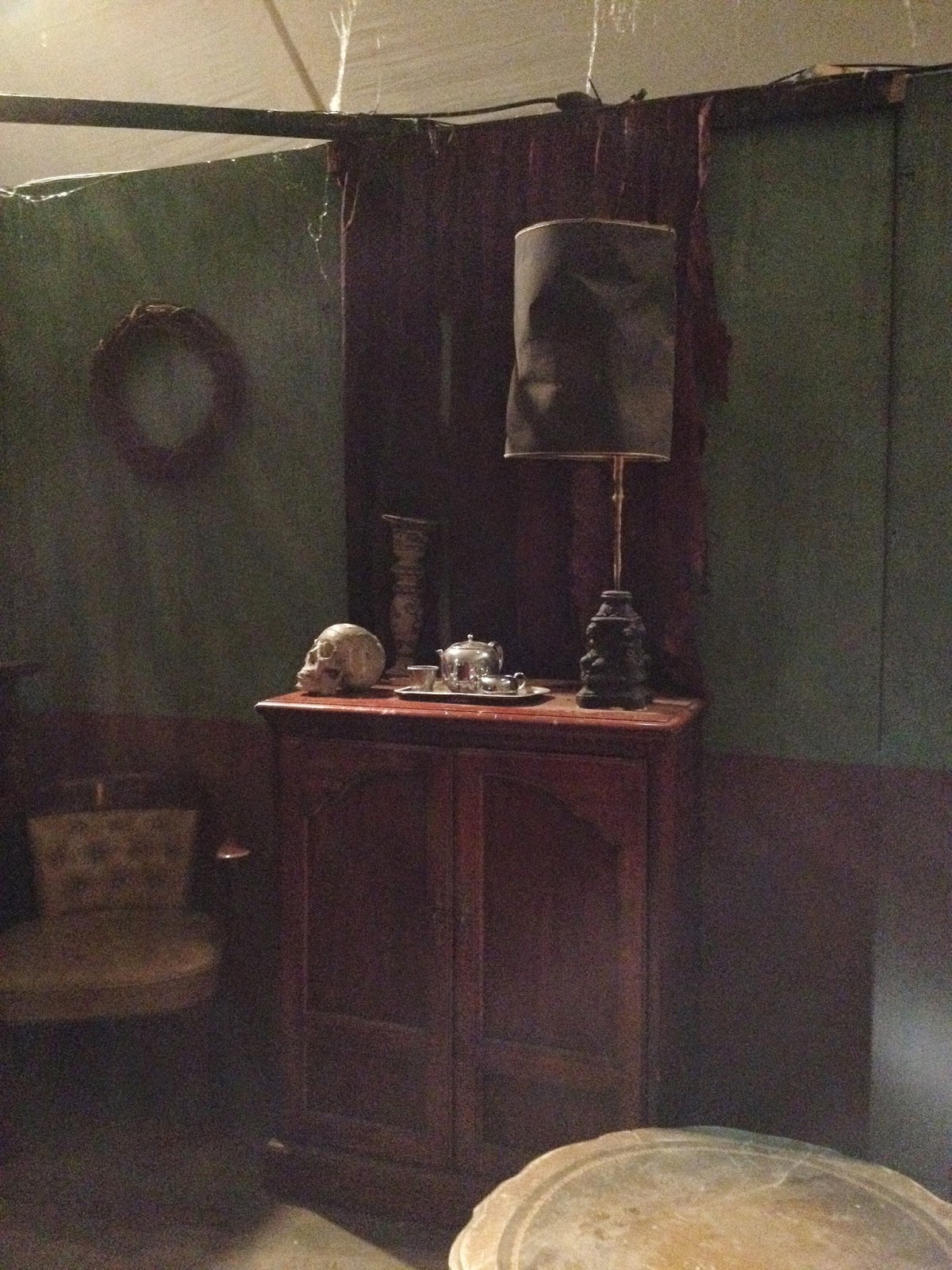 All of the furniture are actual antiques acquired from the Broomfield Fair. 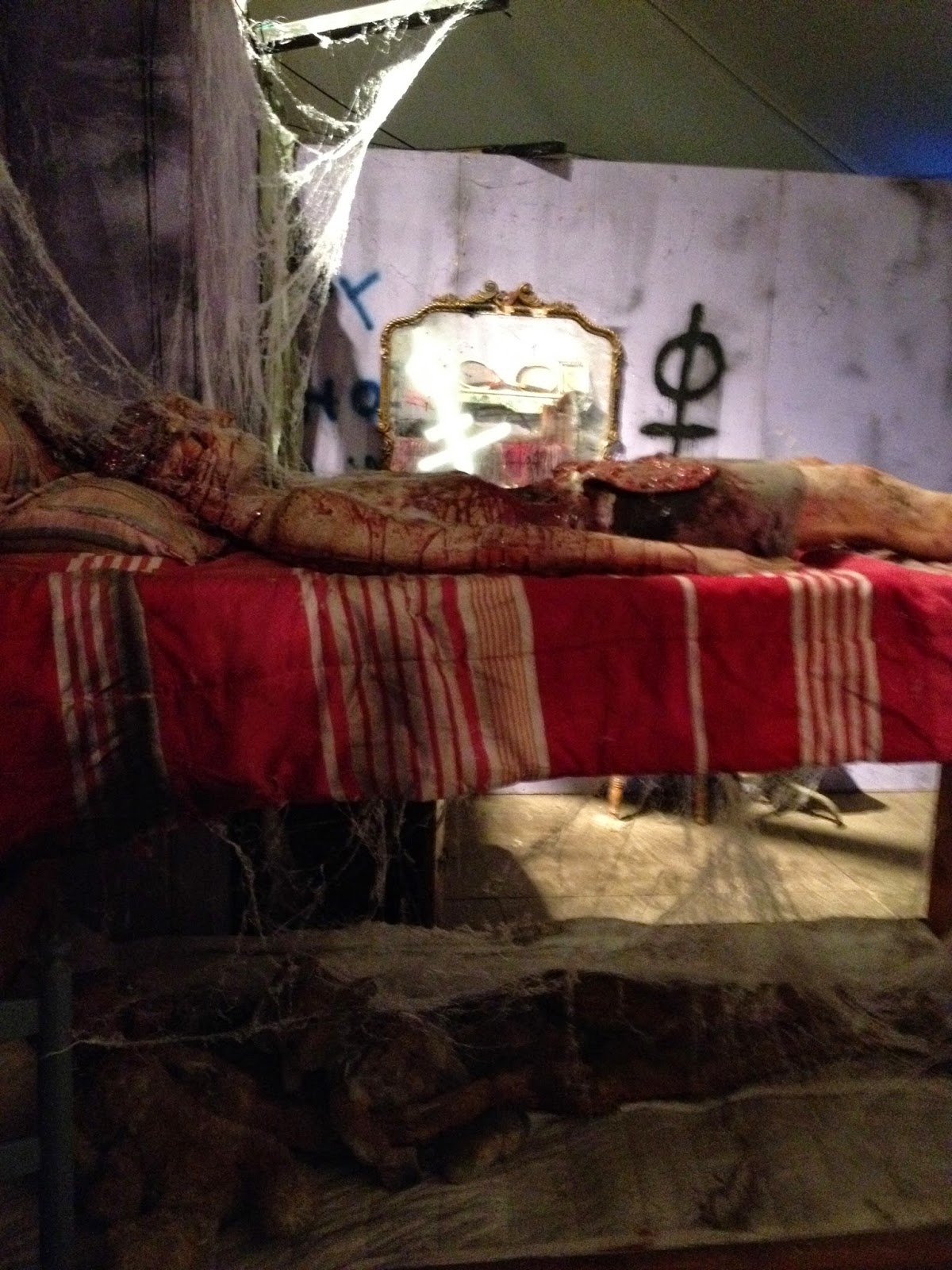 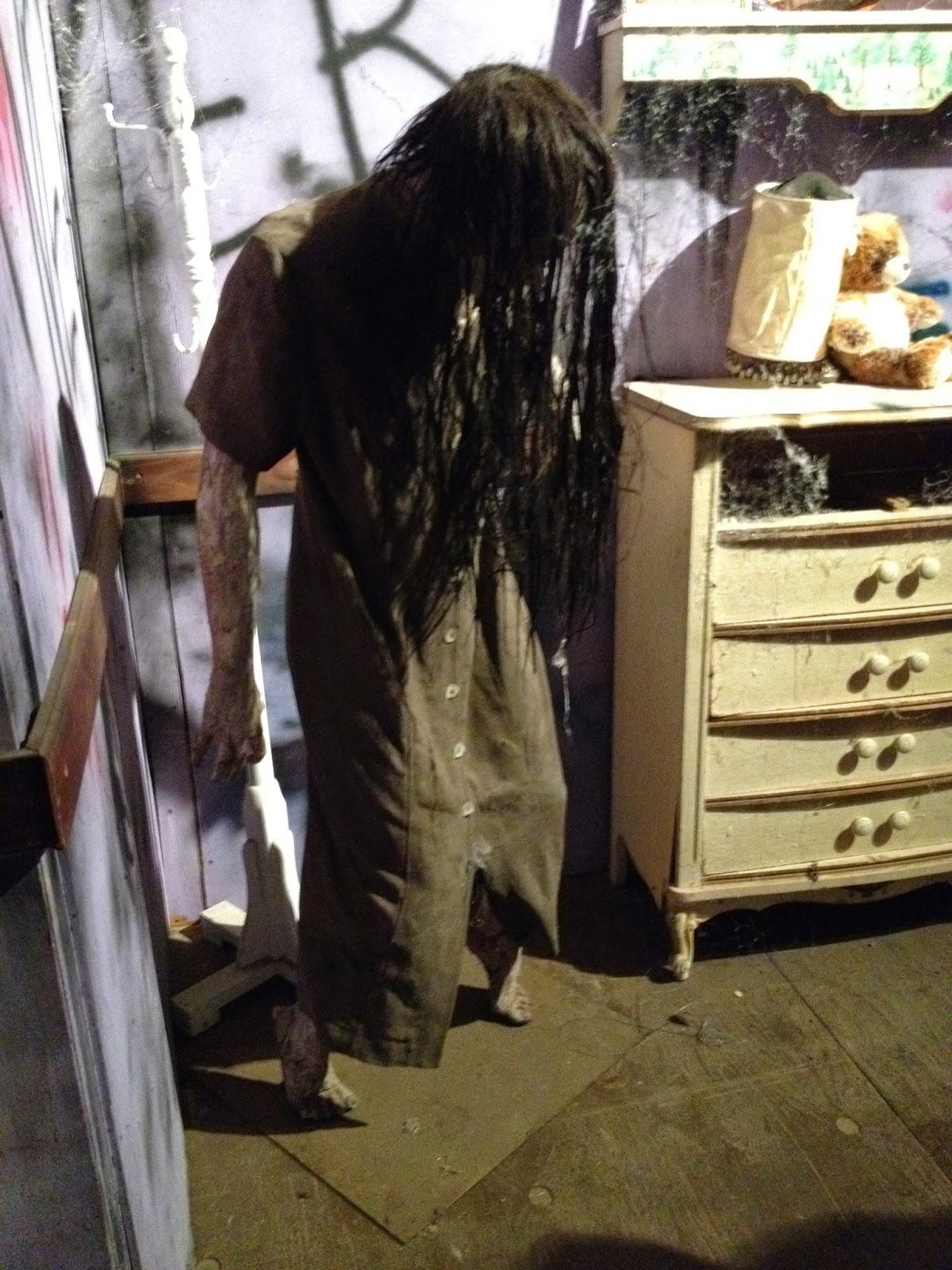 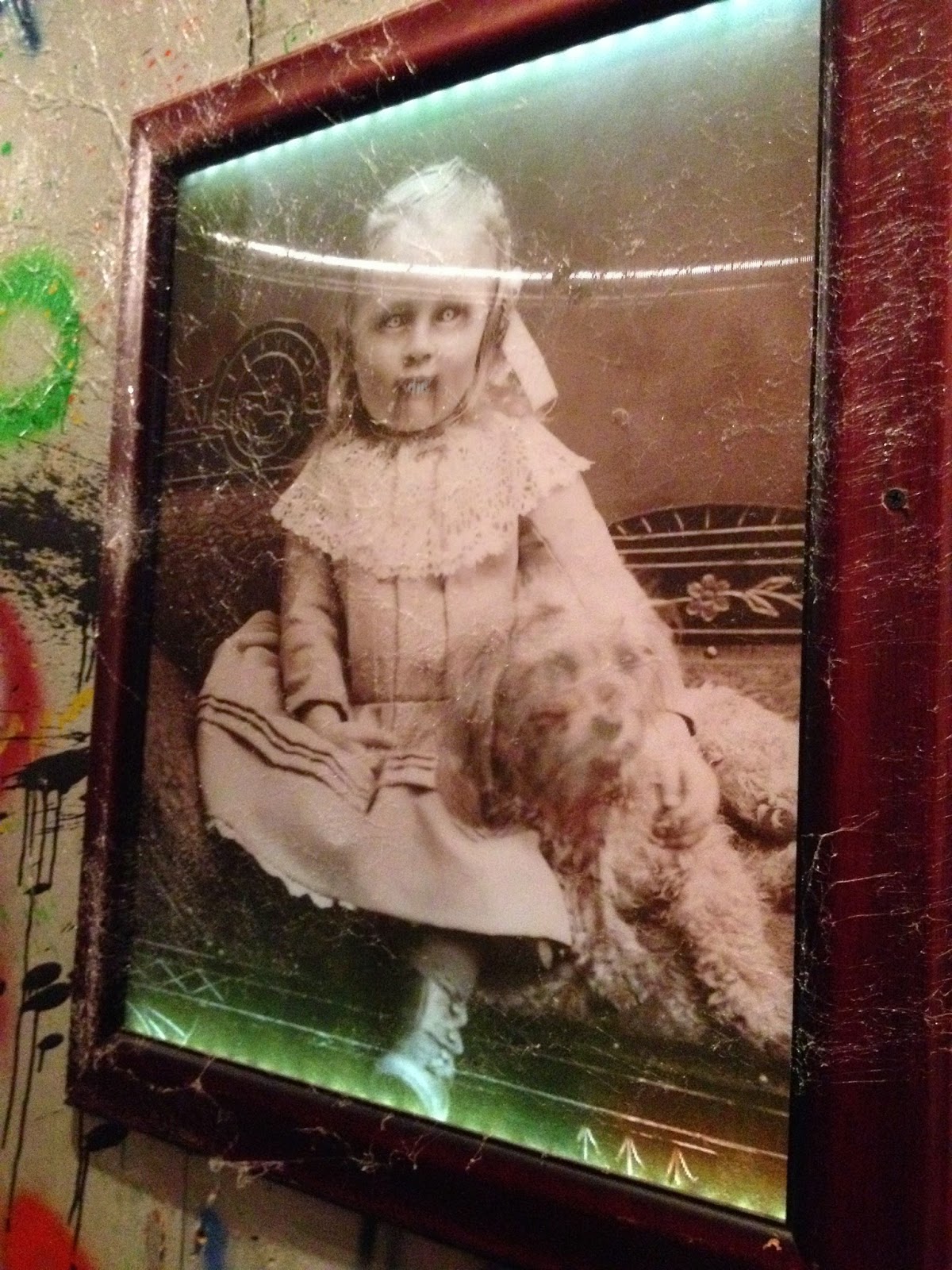 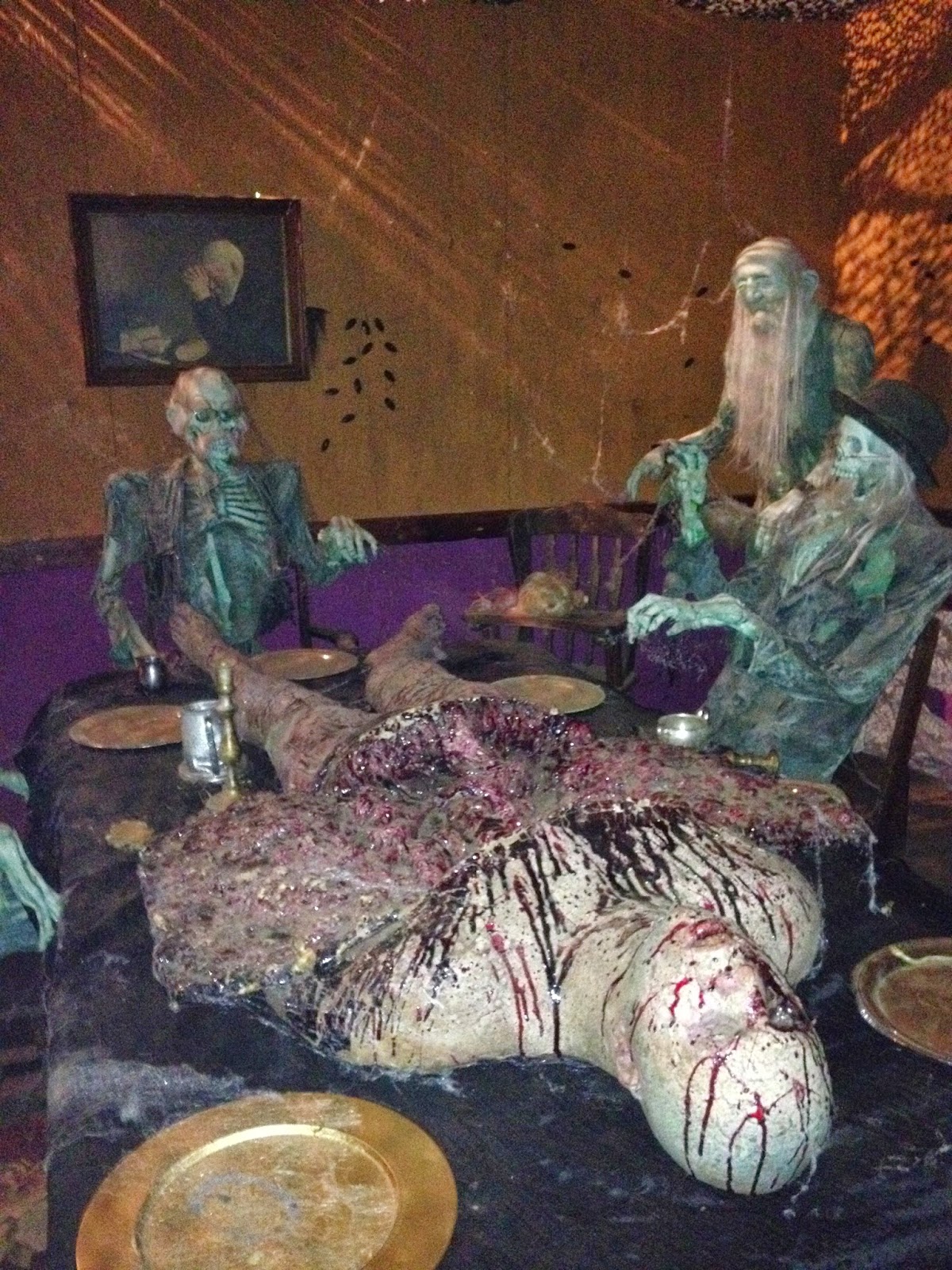 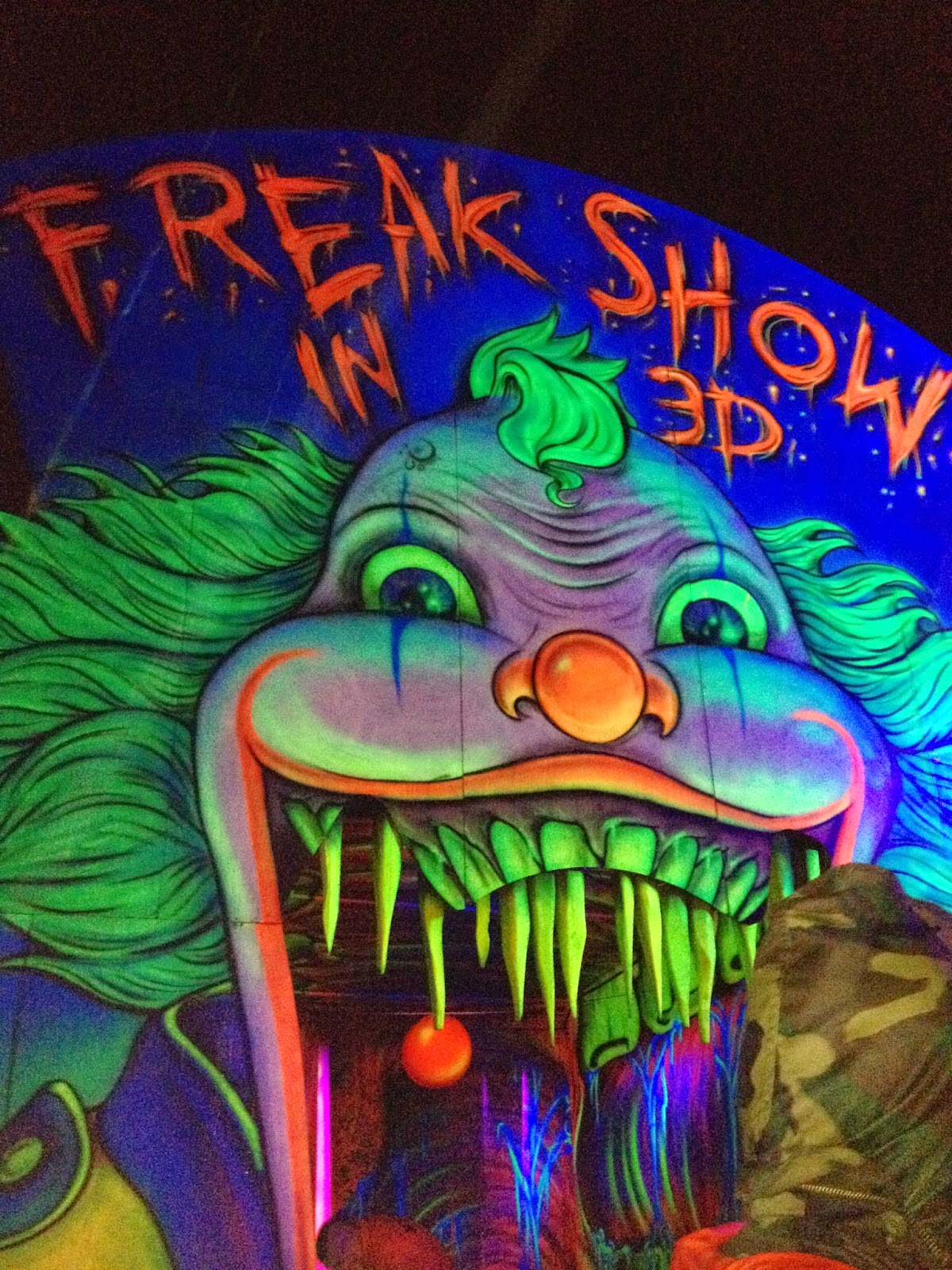 2. 3D Freak Show: Neon paint and 3D glasses! This is a freak show/fun house that ends with one of those spinny rooms. The platform you walk on doesn’t actually move, but the walls and floor are spinning which totally tricks your brain so you can’t walk straight! 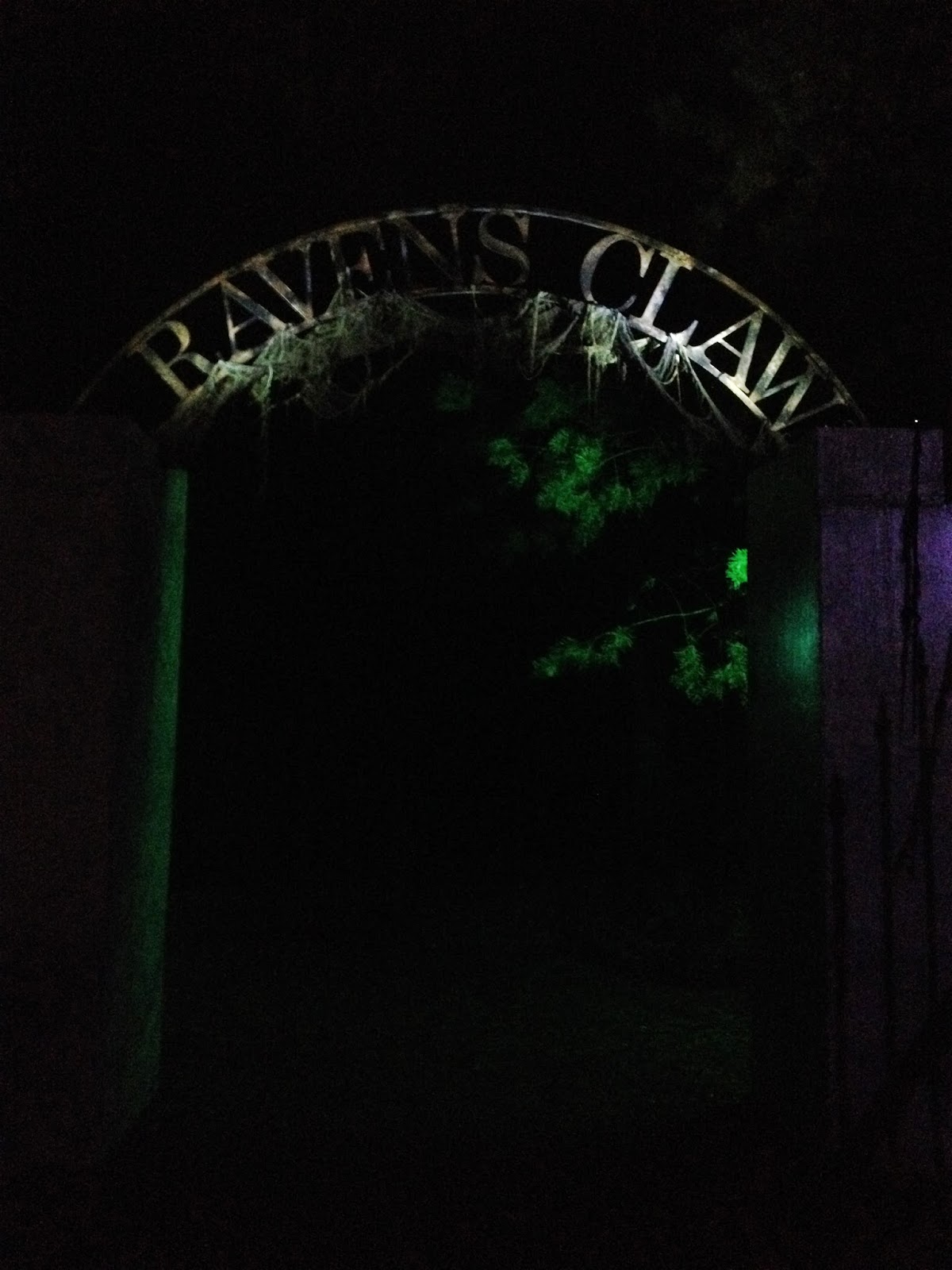 3. Raven’s Claw: This spooky attraction is set in the woods. When we went, it was pouring rain which made it even more apparent that you’re in a zombie/ghostly apocalypse. 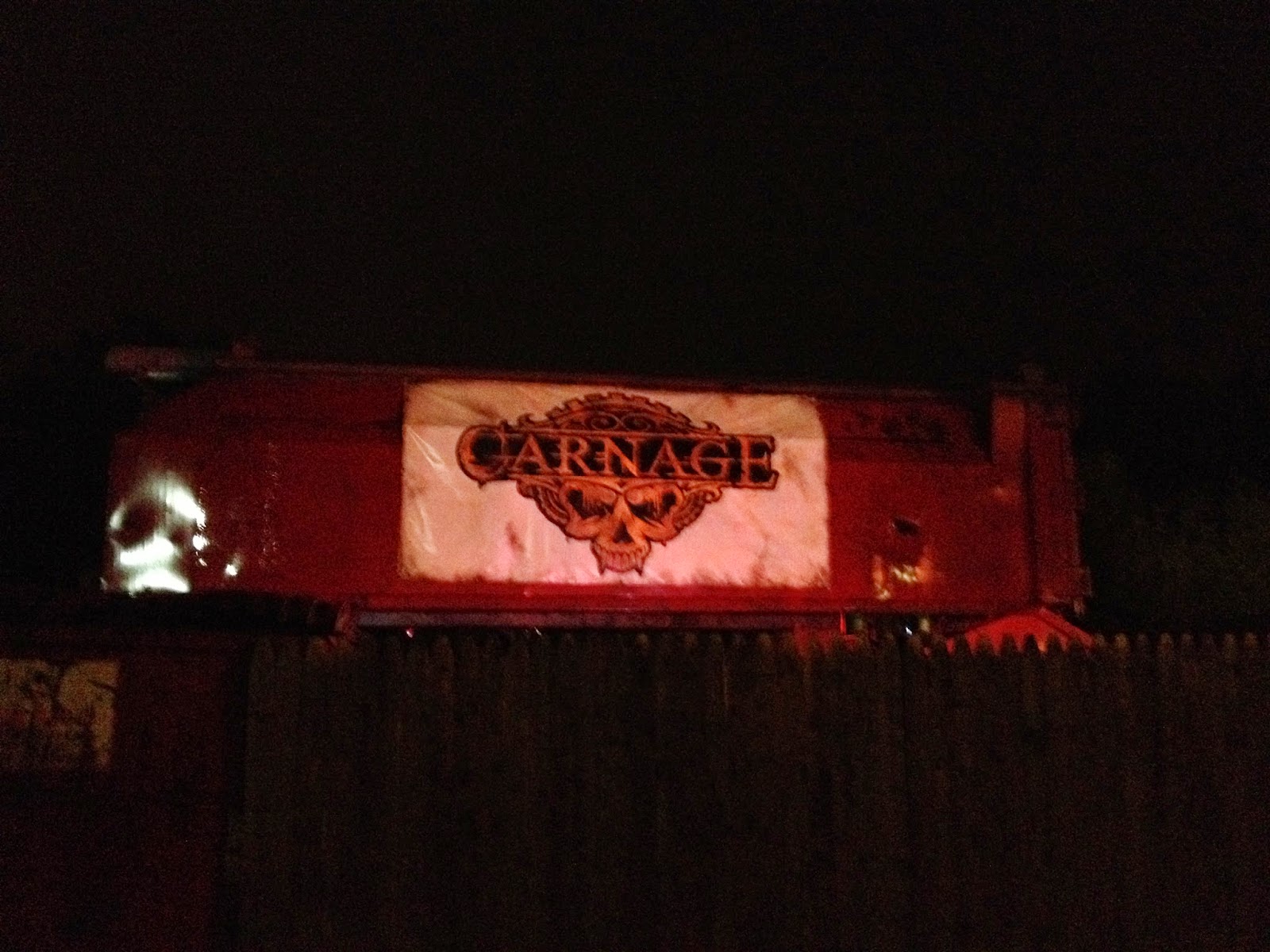 4. Carnage: A haunted, outdoor junkyard filled with trucks and cars to navigate your way to freedom.

5. The Colony (No picture): A “new breed” apparently lurks in this second attraction set in the woods. 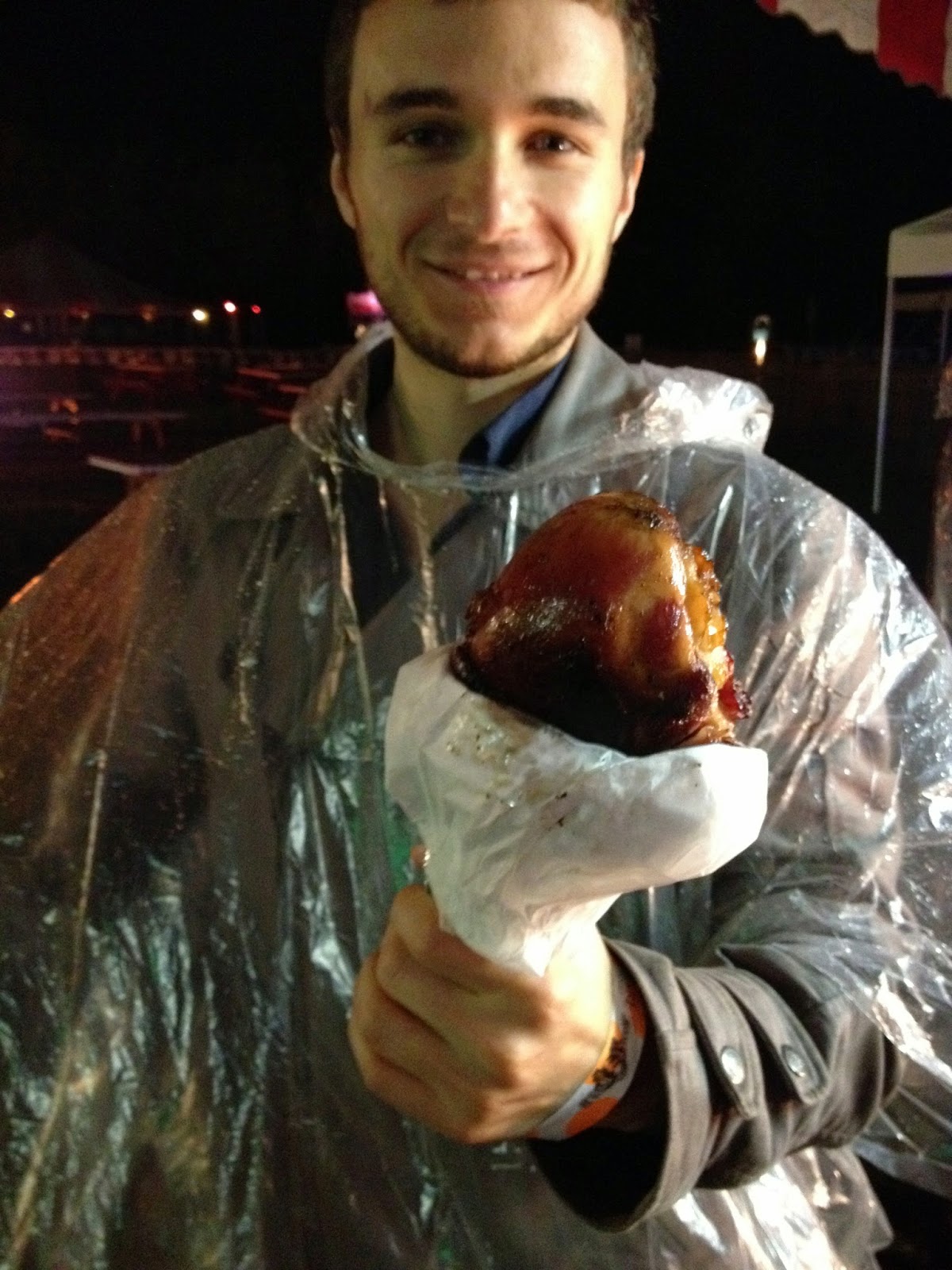 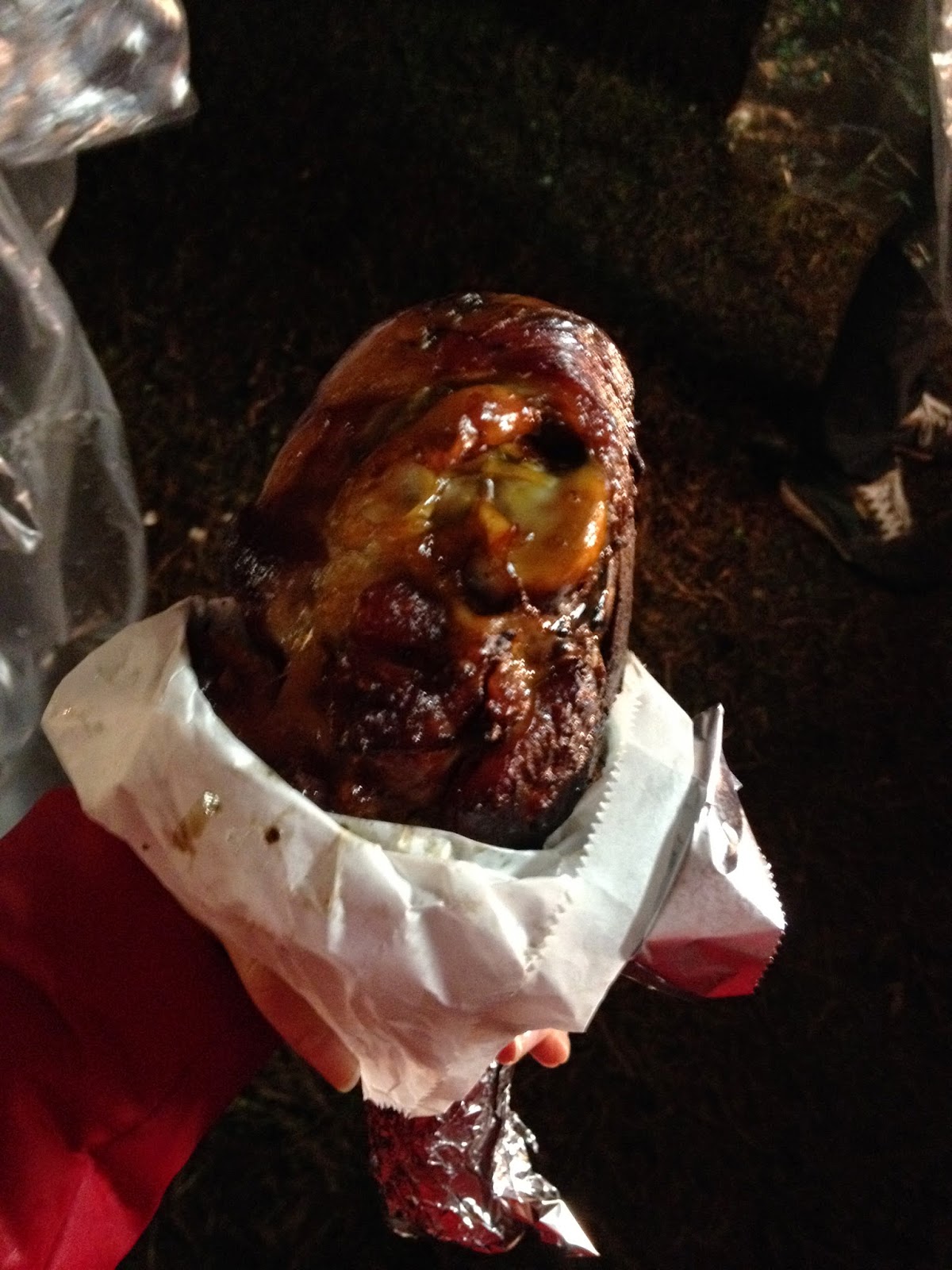 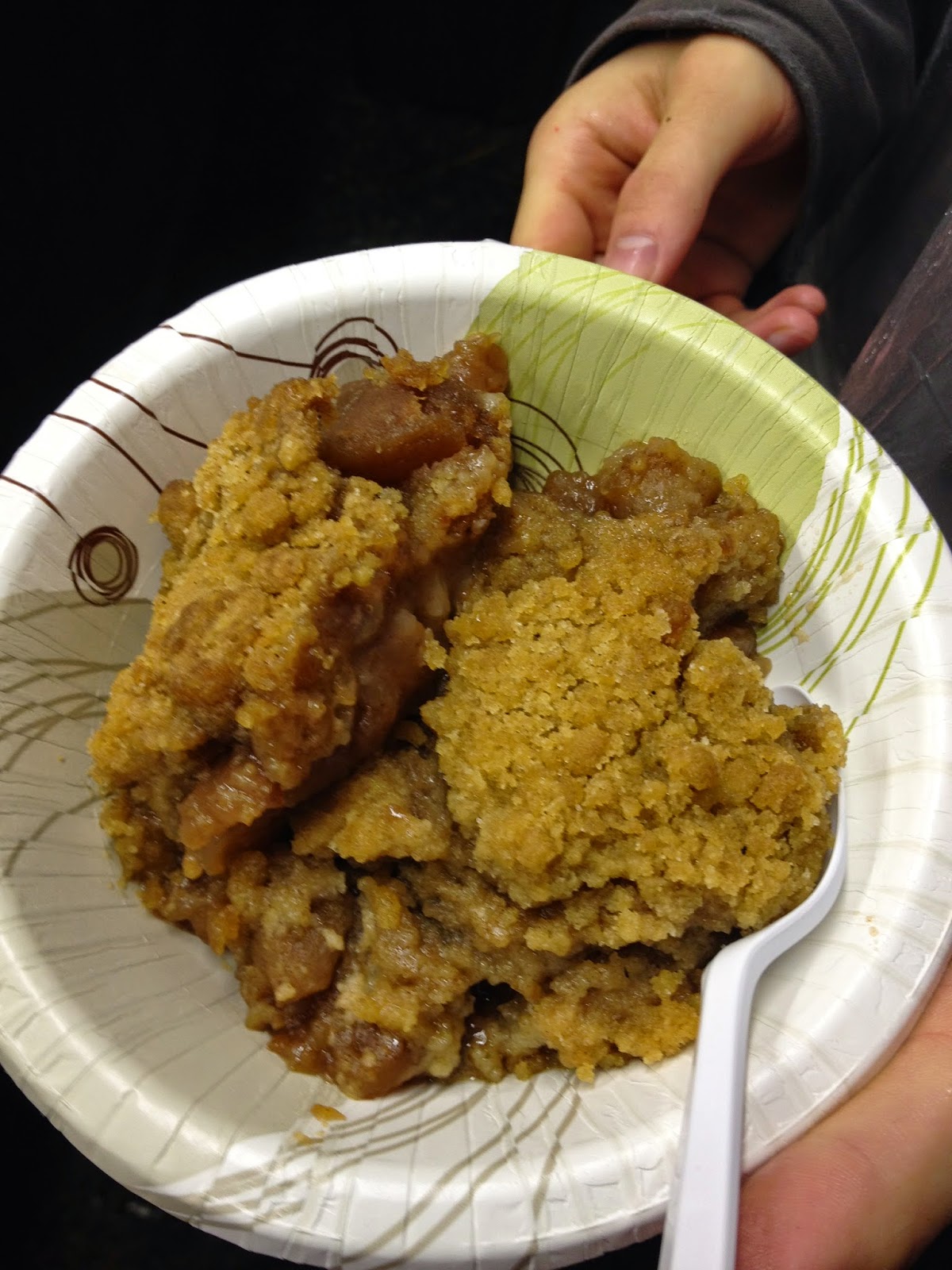 Apple crisp! We were told the recipe was just apples, butter, flour, and brown sugar. See my delicious recipe for an blueberry apple crisp here! 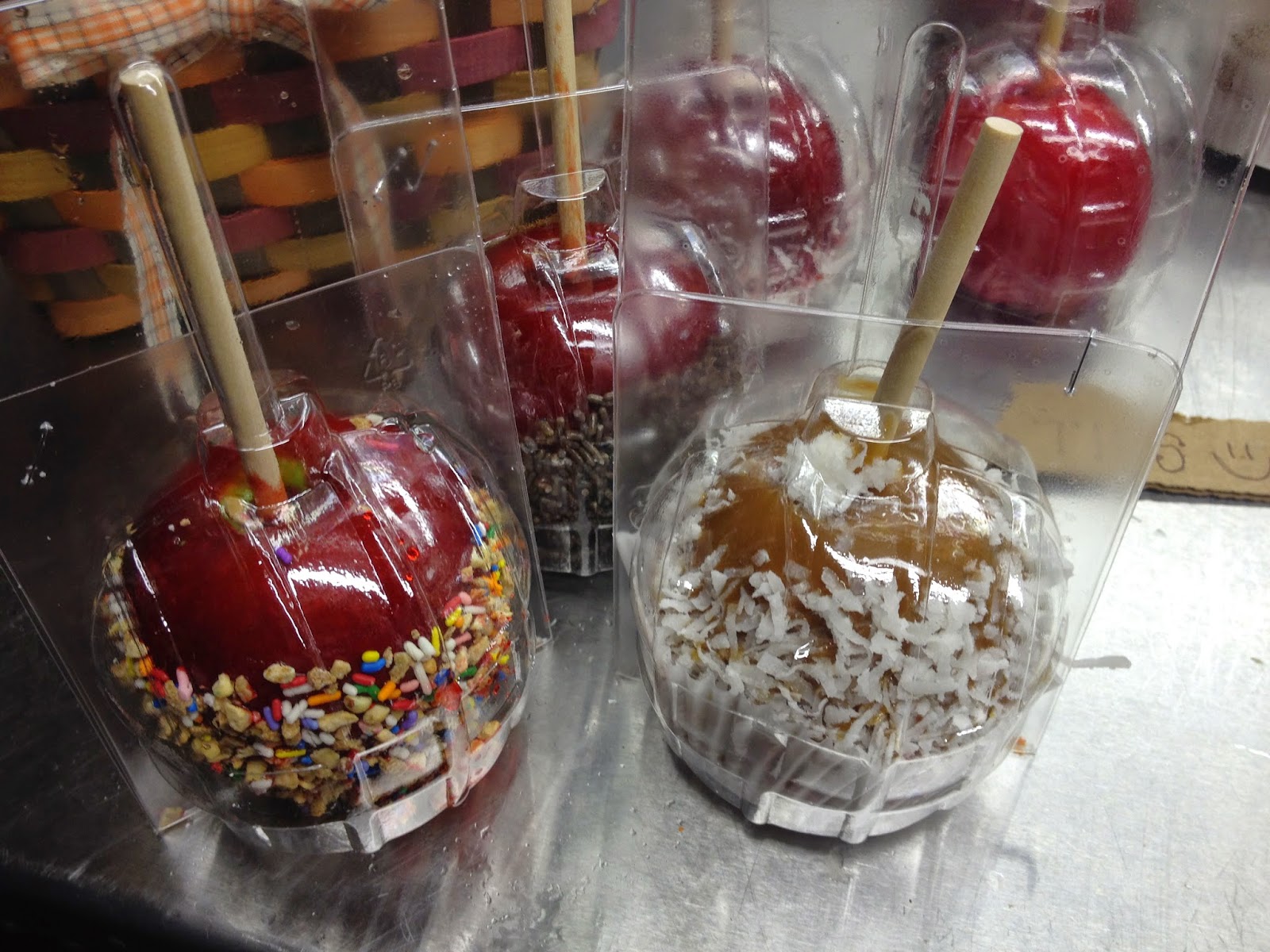 Comment Challenge: I think Halloween is so fun! What’s your favorite holiday?