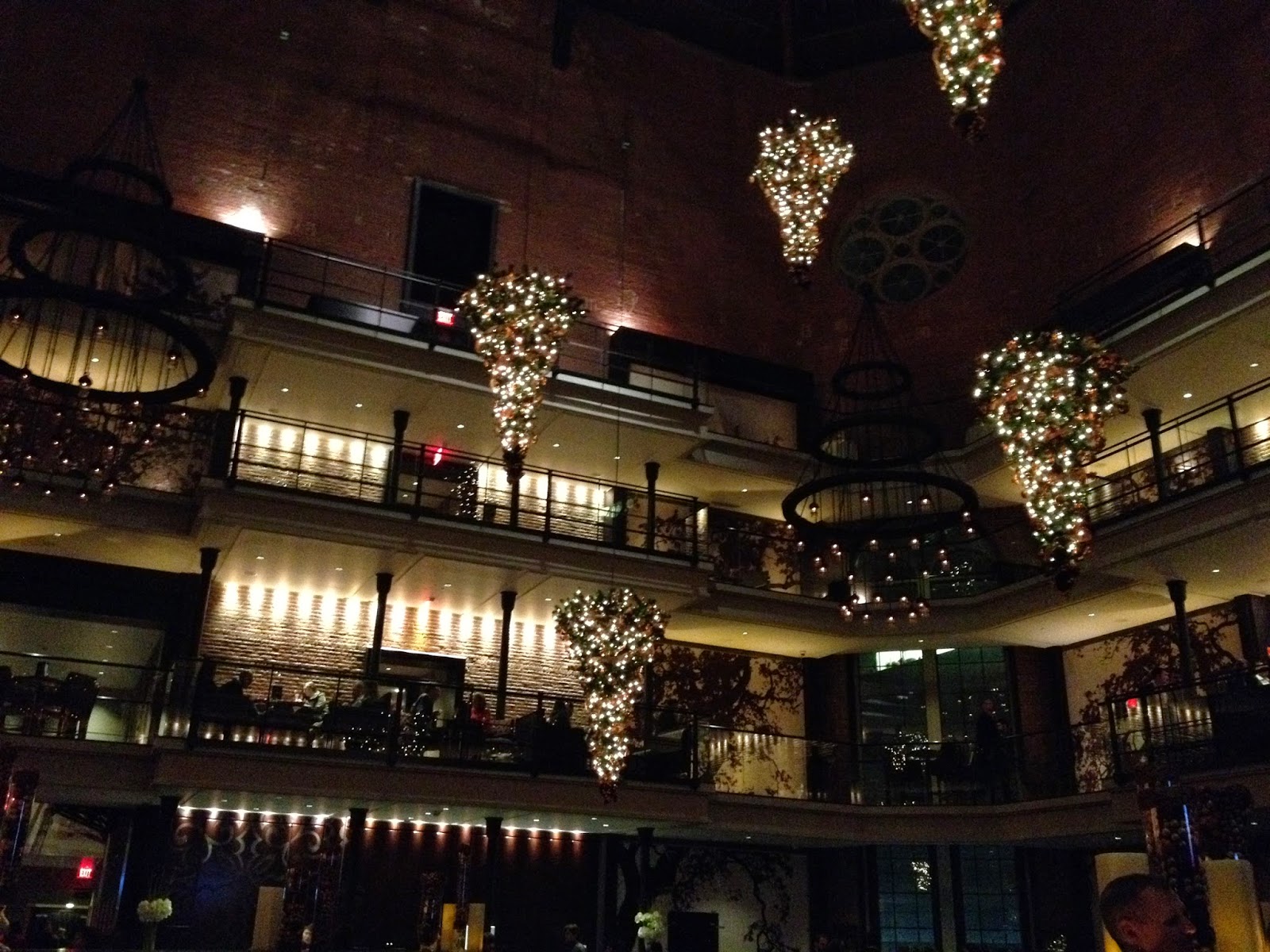 Anyway, we’ve been wanting to check out the Liberty for a while now, and finally for our two-year anniversary we did! 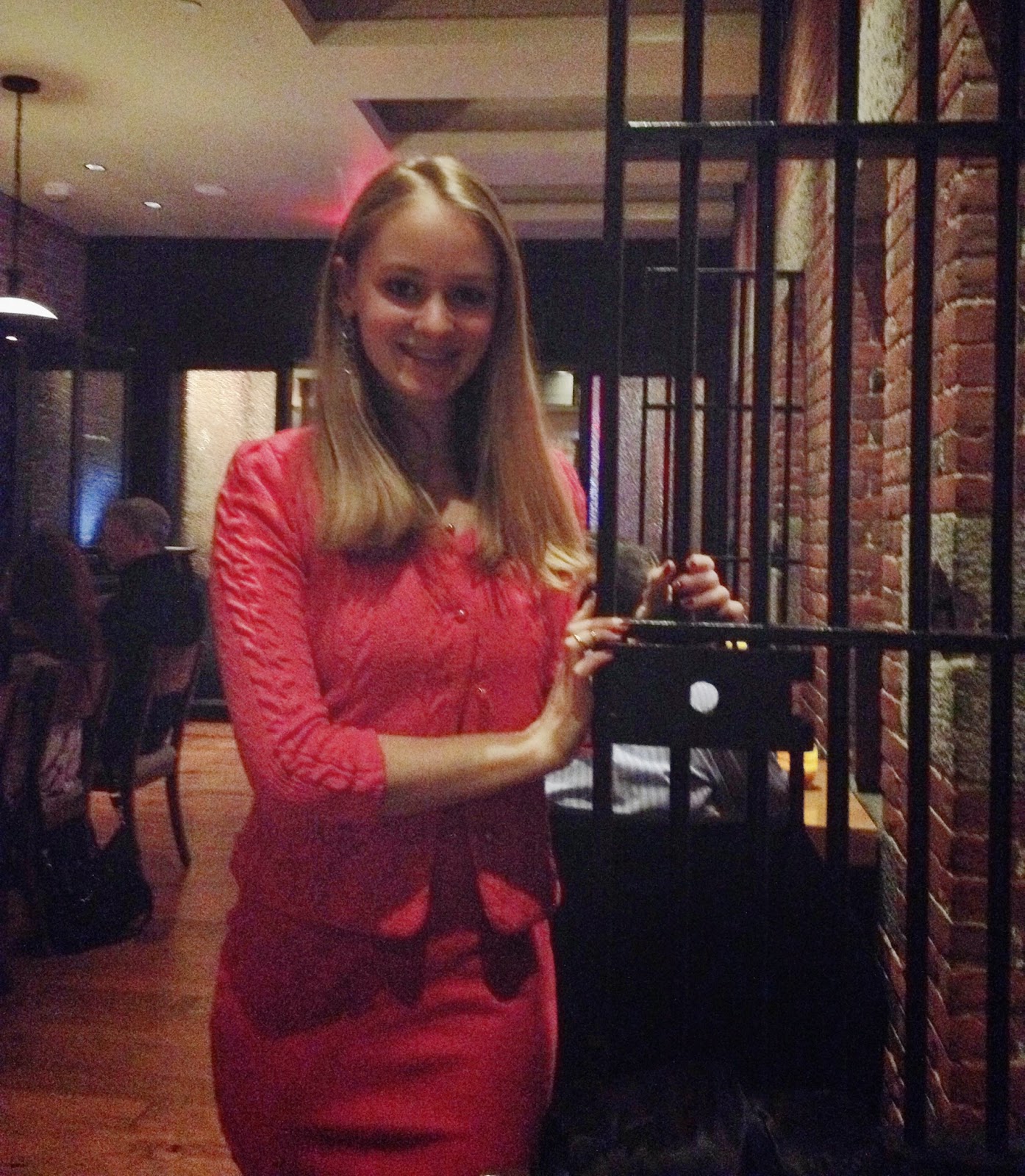 We dined at Clink, a modern American restaurant that still has the brick walls and iron bars from when the building was a New England prison. It was crazy to think of the history of the building as we ate here, which really added some depth to the venue. 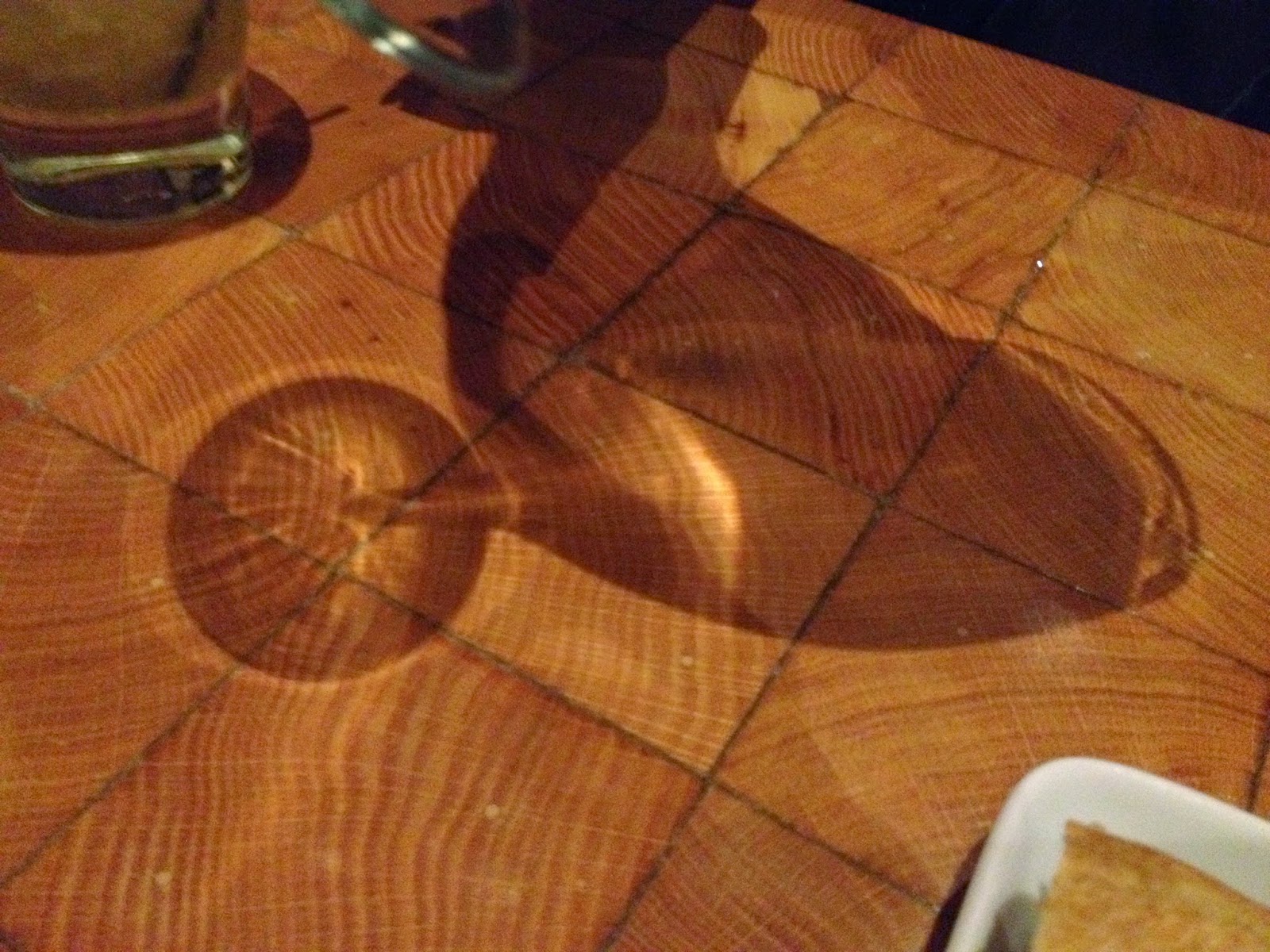 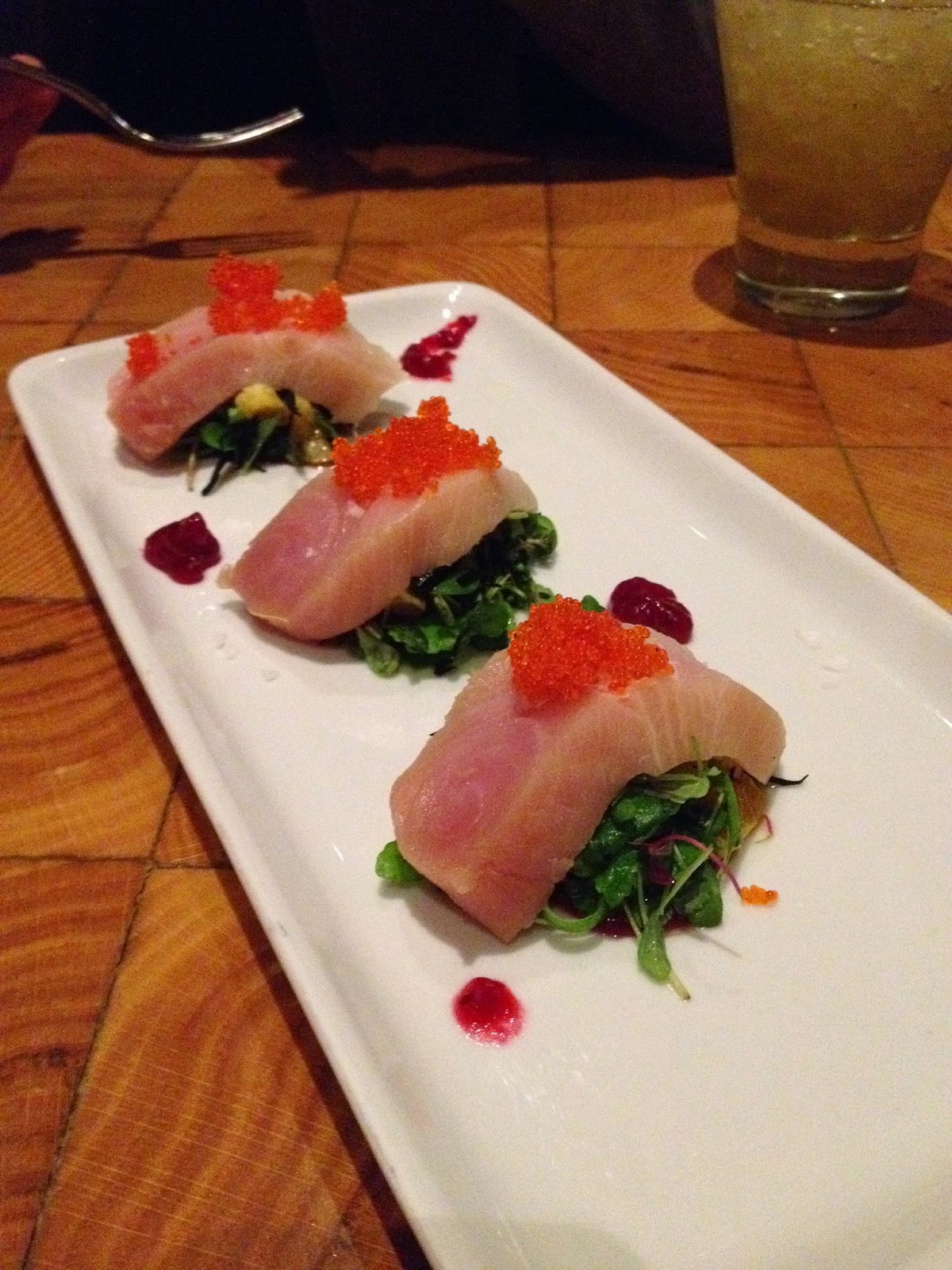 Yellowtail Crudo: Hijiki, tangerine, cranberry, and tobiko. This dish was so jam-packed with multi-leveled flavors and textures, ended up being my favorite plate! The initial flavors of the fish and sweet cranberry sauce were fresh and bright. It ended with the sage seasoning that tasted just like Christmas. 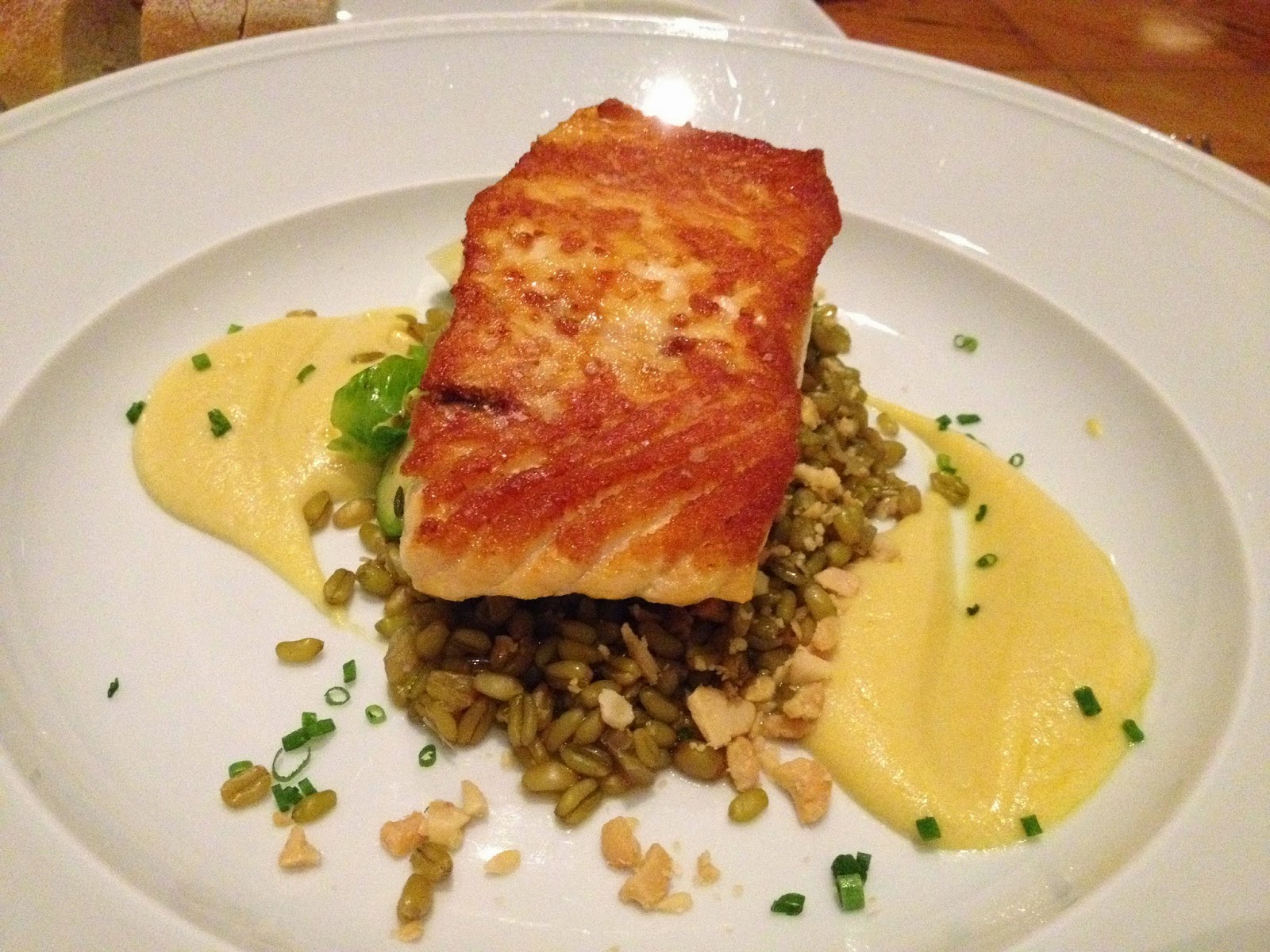 Roasted Salmon: freekah, brussel sprouts, almonds, cauliflower puree, and aji amarillo. The fish was light, but packed with flavor and cooked to a flaky perfection. I especially enjoyed the puree which retained the wonderful taste of cauliflower. This airy puree paired so well with the salmon. 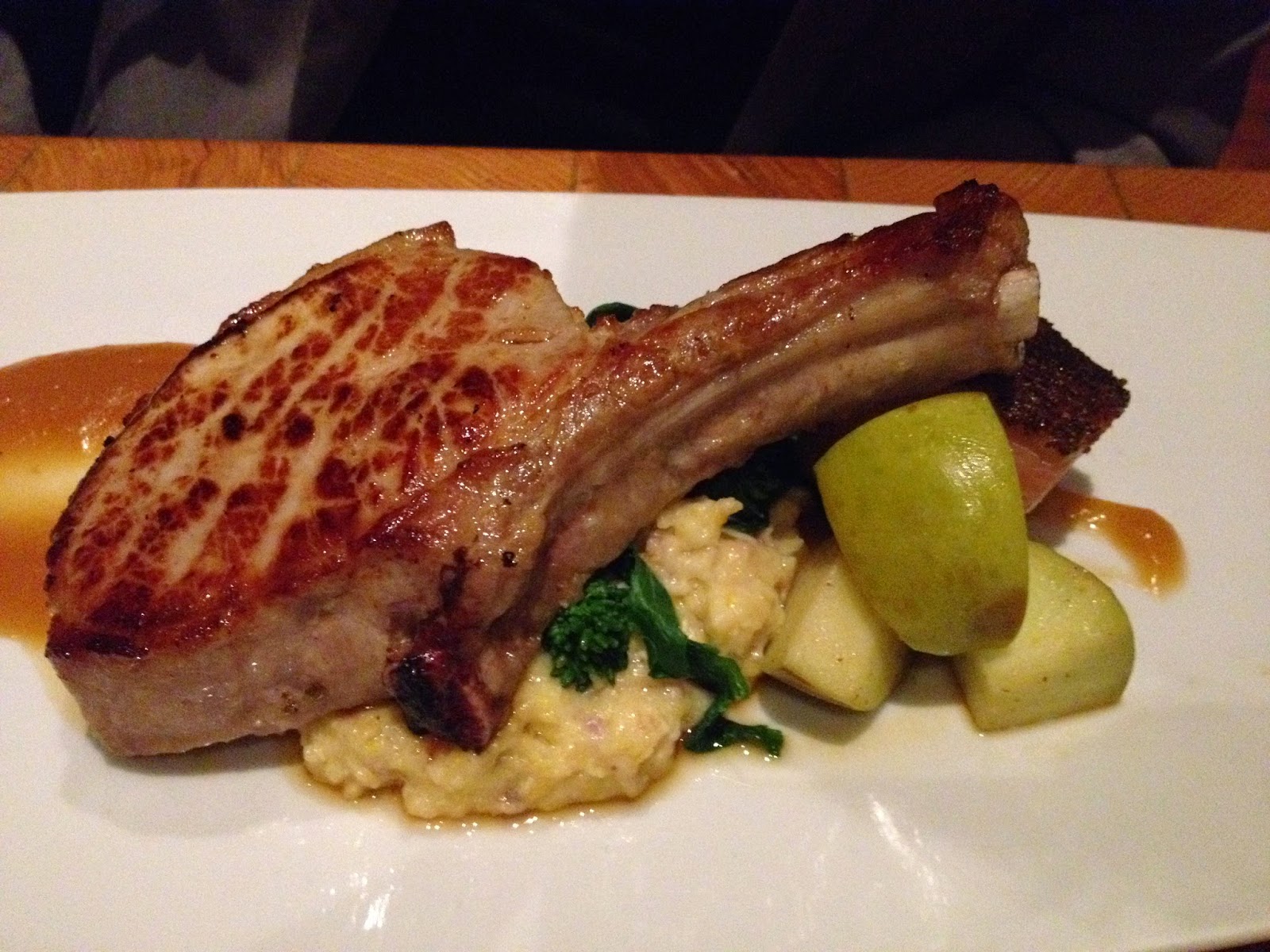 Pork Chop and Belly: bacon grits, broccoli rabe, roasted apple. The theme of this dish was pork and apples, a classic pairing. The apple seemed to be subtly infused throughout the meat, and the bacon grits added to the hearty ingredients. 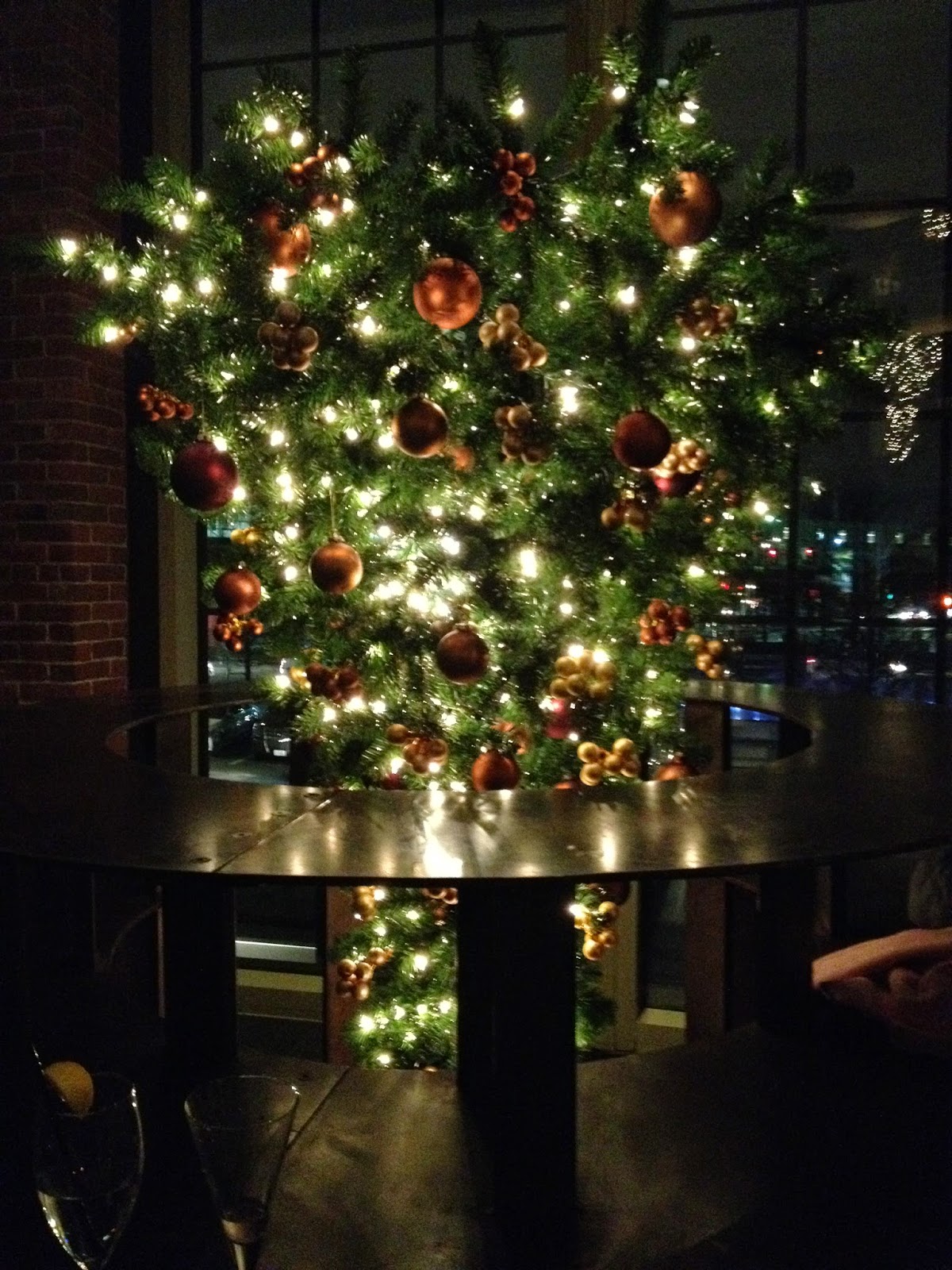 The Liberty Hotel had amazing holiday decorations, like this upside-down Christmas tree.

Clink has mixed reviews on Yelp, but we thought it was fantastic! The prison ambiance works in a very trendy, hipster way, the waitstaff was prompt and friendly, and the food was delicious.

Comment Challenge: What’s the coolest hotel you’ve ever been to?